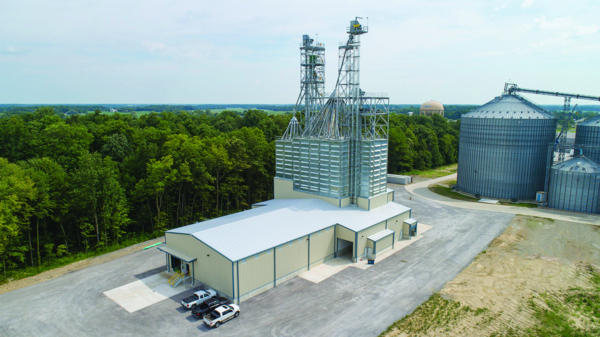 Alliance Feed is a joint venture between privately owned Farmers Grain & Feed Co. Inc. based in Columbia City and Co Alliance, a cooperative based in Avon, IN.

Shively notes that the new all-steel mill has an identical footprint and similar layout to a mill Co Alliance built in 2012 at Reynolds, IN.

Corn is brought to the mill from the elevator via an overhead Hi Roller 5,000-bph enclosed belt conveyor. Once there, corn is stored in four Tom-Cin square bins holding a total of 353 tons. An additional 21 bins for a variety of dry ingredients hold a total average of 1,383 tons. Other storage in the mill includes four mash feed bins holding 145 tons and 20 loadout bins holding 500 tons.

The shell corn bins are located directly above a pair of RMS roller mills operating at a total of 56 tph. FM cleaned from the corn goes to a Bliss hammermill for screenings.

Ingredients are blended, then mixed in a 4-ton Scott Twin-Shaft Mixer. Mix time has been averaging 74 seconds, says Shively.

Mixed mash feed is run through a CPM feed cleaner before going to a CPM Model 7934-14 500-hp pellet mill operating at 50 tph. A 250-hp Cleaver-Brooks boiler supplies steam for the pelleting operation to a CPM steam conditioner mounted atop the pellet mill.

Pellets then continue to a Bliss counterflow cooler before going to the loadout bins.

WEM controls material flow at the mill from receiving all the way to the trucks sitting atop a Rice Lake scale where they are loaded with an Essmueller reversing drag shuttle unloading system. Alliance Feed operates a fleet of six tractor-trailers. 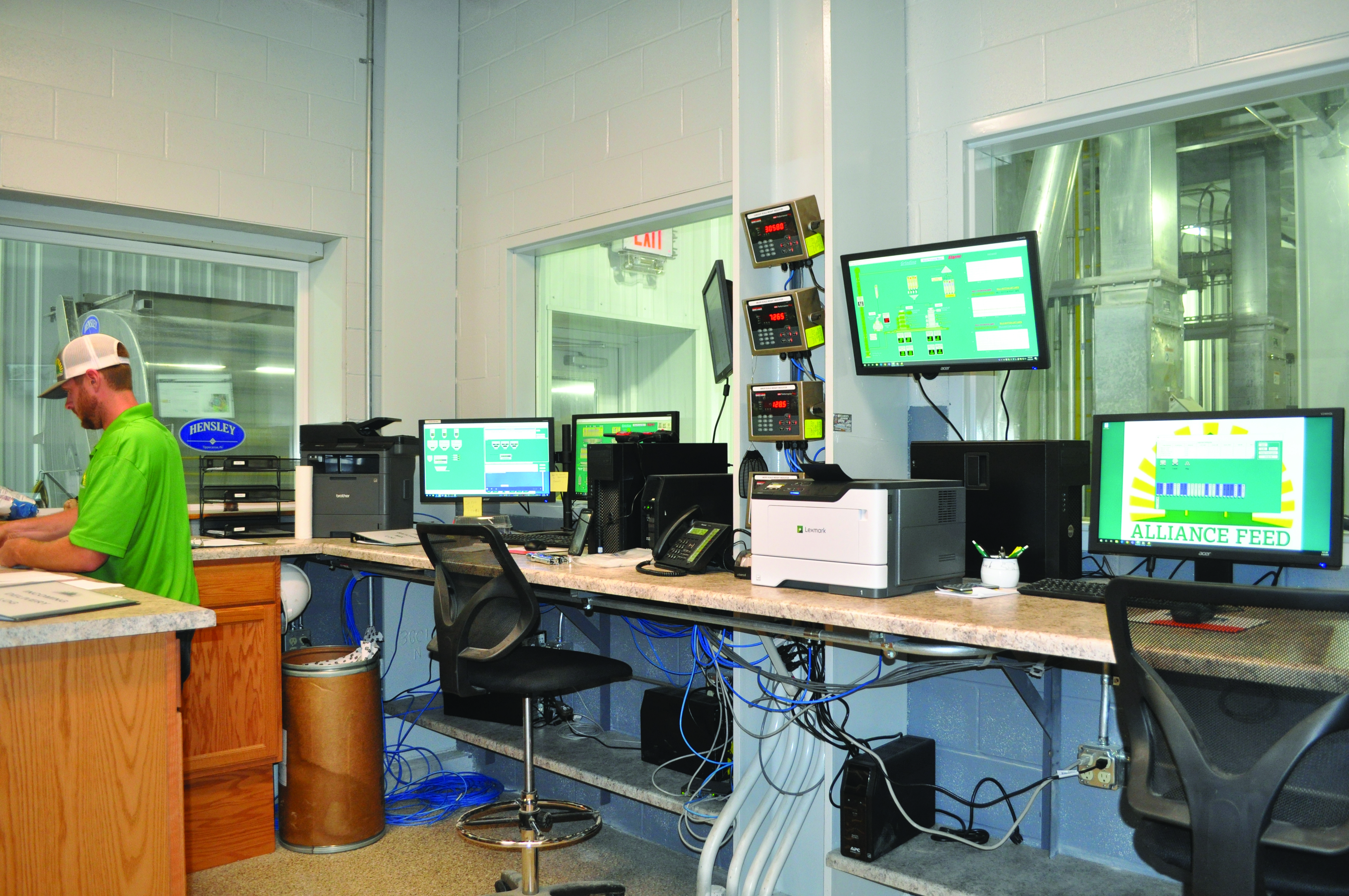 Mill control room where mill operations are under the control of a WEM Automation system.