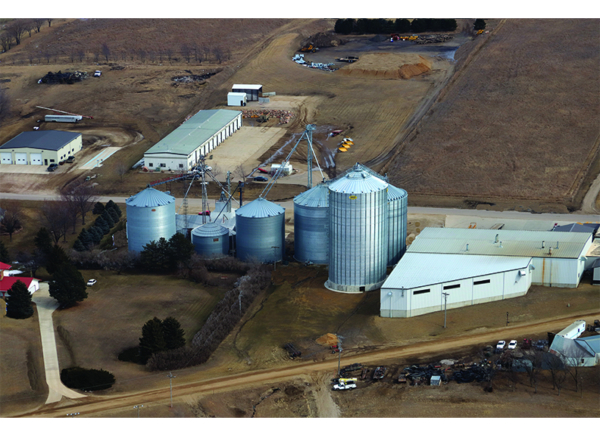 ROCK VALLEY, Iowa - In 2017, Valley Feed & Seed Inc., a single-location feed milling operation at the east end of Rock Valley, IA, rented 30,000 bushels of storage off-site to be able to store all of the corn the company wanted to have on hand.

“The year before, we stored 30,000 bushels of corn on the ground,” says Dave De Ruyter, company vice president and feed mill manager at the 800-tpw mill primarily producing swine and cattle feeds.

That experience was a major factor in the company’s decision in 2017 to build a 194,000-bushel Sioux Steel corrugated steel storage tank bringing total storage capacity at the facility to 660,000 bushels.

“We had been taking in all customer-owned corn,” De Ruyter says. “The extra storage lets us bring in some of our own corn in the fall.”

Valley Feed & Seed took bids and awarded a contract to Dacotah Grain Systems, then located in Hull, IA (712-348-2888), a Sioux Steel dealer, to serve as general contractor and millwright. (Dacotah Grain Systems since then has moved to Colorado but remains in the grain facility construction business.)

Space on the Valley Feed & Seed property is at a premium, so the company opted for a taller tank rather than a wider diameter.

A pair of 50-hp Sioux Steel centrifugal fans deliver 1/7 cfm per bushel of aeration through in-floor vents in a double-F pattern with the assistance of four roof exhausters.

The tank empties onto another 5,000-bph E-Z-Flo conveyor in an above-ground 7-foot-x-7-foot tunnel, which runs back to the existing leg. The tank has no sidedraws. 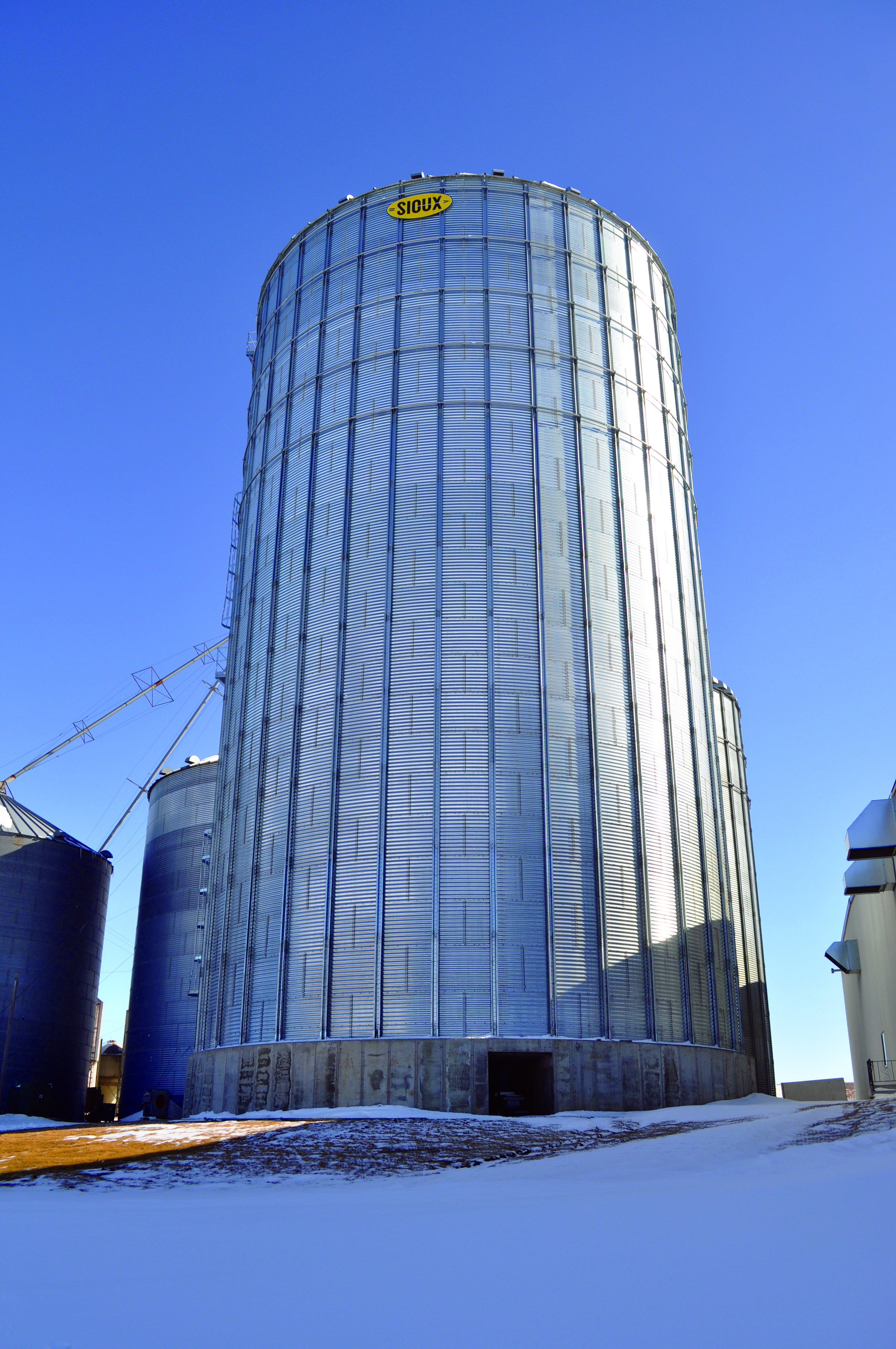