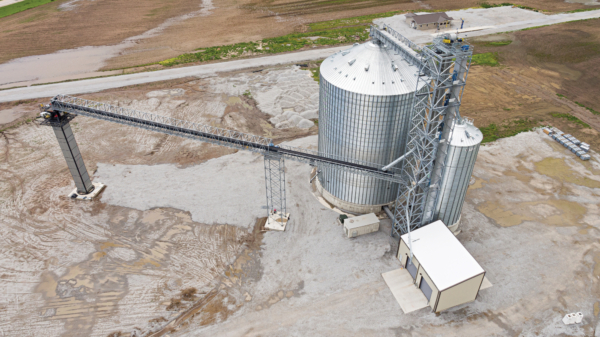 Gregory Landing, MO - Throughout the incredibly wet spring of 2019, Ursa Farmers Cooperative has dealt with flooding problems off and on at its Gregory Landing (MO) river terminal, a few miles downstream from the confluence of the Mississippi and Des Moines rivers. For much of the spring, the Army Corps of Engineers had shut down that stretch of the river to barge traffic due to high water.

The situation this spring makes Ursa Farmers’ new country elevator, five miles inland from the Mississippi in the town of Wayland, MO (660-754-6417), especially welcome for area producers. On higher ground, four-lane highway and levees between the site and the river, flooding is less of a concern.

The cooperative acquired the sites for Gregory Landing and the new Wayland facility in 2013, says General Manager Roger Hugenberg. (In his present position since 2014, Hugenberg had worked off and on for Ursa Farmers since 1994, with time out to work for Farm Credit Service. He is based at the coop’s new Ursa, IL administrative office and farms across the river in Missouri.)

The coop already was operating a small country elevator inside Wayland. The new location, right off the U.S. Highway 136 exit on the State Highway 27 four-lane, was just being completed when Grain Journal visited early in May 2019. It consists of roughly 700,000 bushels of upright steel storage and a 2.1-million-bushel temporary storage ring.

“Our members want speed and space,” says Hugenberg. “In town, we can offer them two receiving pits at 6,500 bph each. Out here, we have a single 30,000-bph receiving pit. This also gives us space to hold grain off the market until the market is ready for it.”

Ursa Farmers acts as their own contractor

Work at Wayland began in the spring of 2018, and while construction was still underway in November, the facility began receiving soybeans, filling the large tank. Ursa Farmers acted as its own in-house contractor on the project, and brought in a number of subcontractors:

A set of four Chicago Blower 30-hp centrifugal fans provide 1/10 cfm per bushel of aeration through in-floor ducting, with the assistance of nine roof exhausters.

The wet tank stands 36 feet in diameter, 83 feet tall at the eave, and 93 feet tall at the peak. It is outfitted similarly to the big tank but with a single Chicago Blower 40-hp fan required to deliver 1/10 cfm per bushel.

The LeMar temporary storage ring is 350 feet in diameter and designed to hold 2.1 million bushels of grain. It has a 4-foot perforated, galvanized steel sidewall and a packed lime floor.

The ring features a LeMar center fill tower. An overhead 30,000-bph Schlagel enclosed belt conveyor on a LeMar bridge runs out to the tower is outfitted with four Rolfes@Boone 60-hp centrifugal fans that hold the tarp in place. Those fans eliminate the need for axial fans around the sidewall.

The pile will be emptied using front-end loaders and portable auger conveyor.

The Wayland facility receives and ships by truck only. Incoming trucks are weighed on a 70-foot Cardinal low-profile inbound-outbound scale. While on the scale, trucks are sampled with a Gamet JaHam probe. The scale is under the control of a Kahler Automation scale automation system, which can interface with the cooperative’s existing AgVantage grain accounting software.

Trucks proceed to a 1,200-bushel enclosed mechanical receiving pit. The pit empties onto a AGI Union Iron 30,000-bph drag conveyor, and the pit feeds a single 30,000-bph AGI Union Iron leg. The leg is equipped with two rows of 16x8 4B low-profile buckets mounted on a 36-inch belt. The leg is enclosed in a 20-foot-x-20-foot -x-160-foot Global Fabrications tower.

At the top of the leg a series of valves deliver grain either to a 30,000-bph overhead AGI Hi Roller enclosed belt conveyor to the big tank supported by a 11-foot wide Global Fabrication bridge, to a gravity spout feeding the wet tank, or to another gravity spout delivering grain to the temporary storage conveyor.

The big tank empties directly onto trucks via a sidedraw spout. When grain falls below that level, grain empties onto a 20,000-bph AGI Hi Roller enclosed belt conveyor running out to a truck loading spout.

The wet tank empties onto another 10,000-bph above-ground drag that runs back to the receiving leg. There is no grain dryer at Wayland at this time. 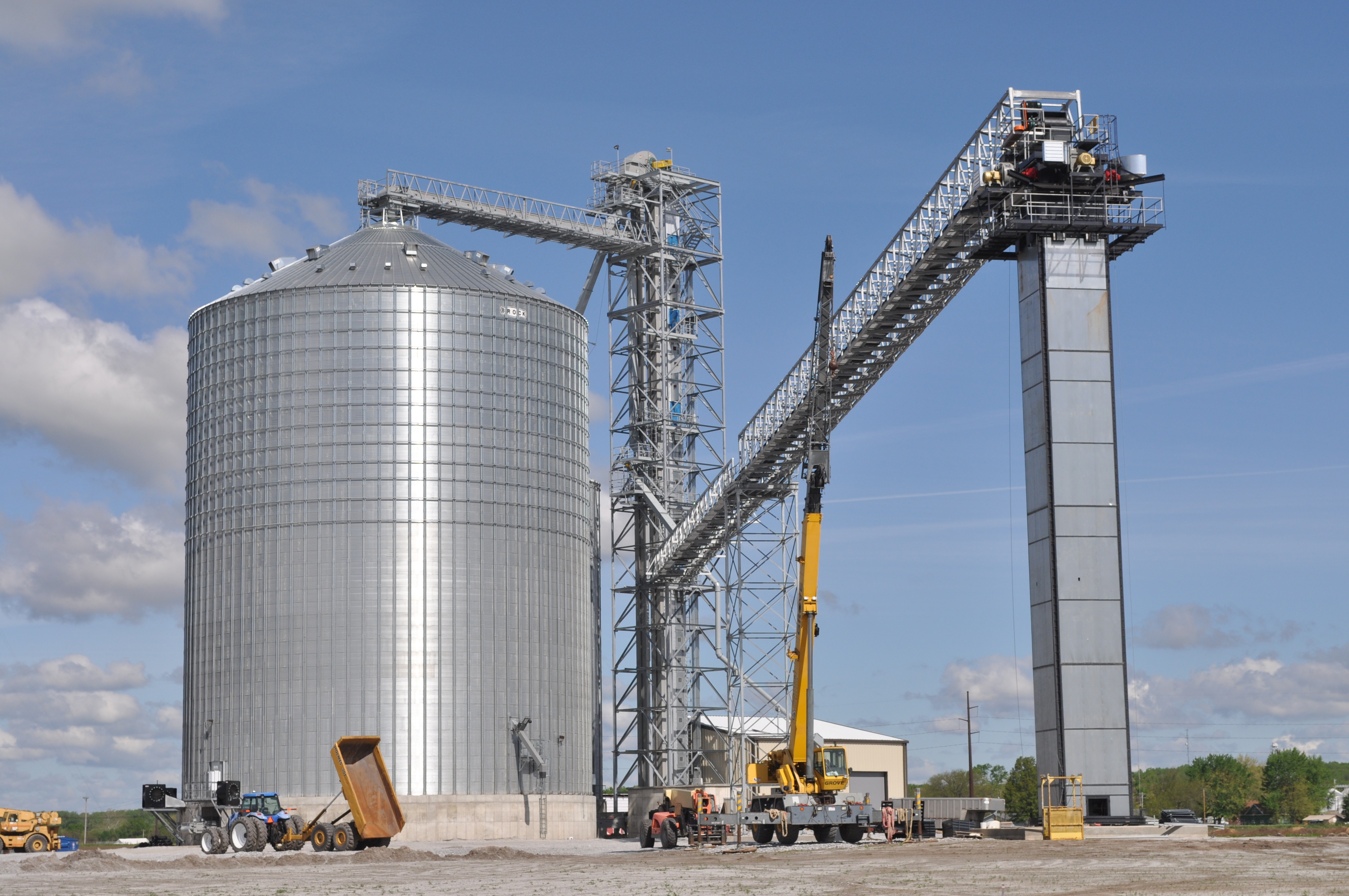