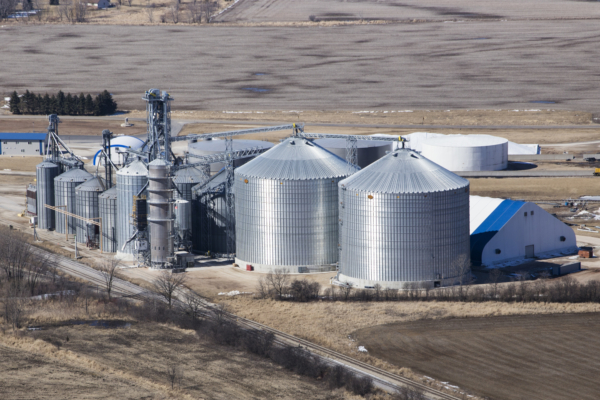 It takes great commitment to serve 25,000 cooperative members year in and year out. United Cooperative in the summer of 2017 exhibited this commitment by completing storage and handling upgrades at its Oshkosh, WI elevator (920-933-2261)

“Oshkosh had some handling issues that limited the ability to serve our member-owners properly, and that needed to change,” says Al Jentz, vice president-grain and risk management, a position he has held for nine years.

So in late 2016, the coop began planning a project to improve handling capacity and speed, as well as to provide access to new markets by increasing rail-loading capabilities.

United Cooperative took bids and selected Marquette Grain Systems, Byron, MN (507-775-6234), to serve as contractor, engineer, and millwright. Marquette has completed a number of projects for United Cooperative for nearly 15 years, says Jentz. “We’ve developed a good relationship with Marquette over the years, and they always do a nice job for us.”

The project broke ground in the spring of 2017 and was completed before the fall harvest.

United Cooperative at Oshkosh added to its existing 2 million bushels of steel storage by building two 1.2-million-bushel GSI corrugated steel tanks measuring 135 feet in diameter, 125 feet tall at the peaks, and 91 feet tall at the eaves.

The flat-floor, outside-stiffened tanks are equipped with six Chief Agri 40-hp centrifugal fans that provide 1/9 cfm per bushel of in-floor aeration with the assistance of six roof exhausters. Each tank also has a LeMar Maverik 7,500-bph zero-entry bin sweep and 4B Components level indicators.

In addition to the two big tanks, a 135,000-bushel Chief Agri wet storage tank was built, and an existing 100,000-bushel dry tank was converted to wet storage

For grain to reach the new tanks, trucks are weighed and probed on one of two existing scales, then dumped at a pair of new 1,135-bushel receiving pits that feed two 20,000-bph Warrior receiving legs outfitted with a Toshiba motor, Dodge drive, and Maxi-Lift CC-Max 20x8 gray, low-profile buckets mounted on a 22-inch Goodyear Pathfinder belt.

Grain is reclaimed from the big tanks by sidedraw spouts or above-ground 20,000-bph Warrior belt conveyors that run back to the receiving legs. From there, it can routed to truck or rail loadout.

Jentz says the Oshkosh location now can load up to 10 cars per hour for participation in the Wisconsin & Southern Railroad’s 100-car unit train programs.

Another project planned for this summer will boost the elevator’s rail capacity to 50 cars. “We also will be adding a third 1.2-million-bushel tank,” he adds. “We want to continue to evolve.

“We’ve heard good things from our members about the changes and advancements we made – especially with regard to speed. Now trucks can be in and out of the facility in five minutes,” Jentz adds. 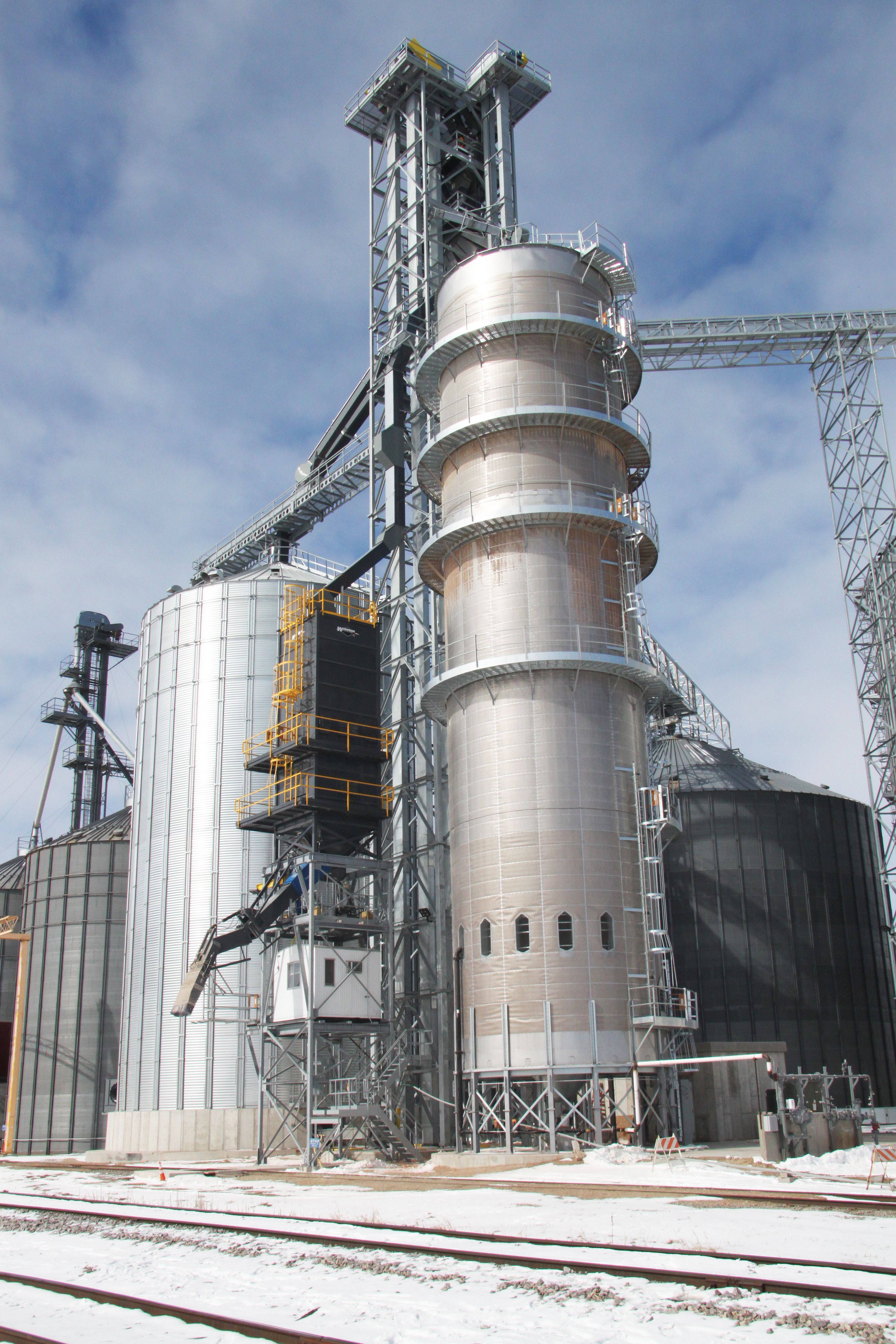