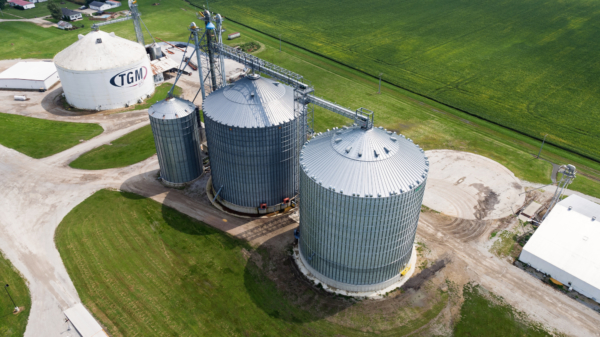 As of mid-August 2018, another bumper crop of corn and soybeans appeared to be in the making in central Illinois. After several years of crops ranging in size from a little larger than average to record, many grain handlers in the region have been adding storage to handle what may be a permanent shift in crop yields.

TGM also moved its facility office building at Windsor from a downtown location across State Highway 16 to a new building adjacent to the elevator and replaced a worn out grain dryer with a new 3,500-bph model.

“We had truckers coming to the office building to weigh, then crossing the highway to unload, then crossing back to weigh empty,” says Russ Orsborn, northern regional operations manager. Orsborn came to TGM five years ago after working 16 years for grain industry suppliers including Union Iron and GSI.

At Stewardson, in addition to the grain storage, the company replaced an old leg with a new 10,000-bph model.

TGM used its own in-house team to design the projects at both sites and construct them. The company did have some outside help, however.

Construction at the two sites began after the 2017 fall harvest and was completed in July 2018.

The new 750,000-bushel tank at Windsor was supplied by AGI. The tank walls and components were manufactured at a plant operated by AGI’s MFS/York/Stormor brands in Grand Island, NE.

“That’s fewer cables than the manufacturer recommends on a 105-foot tank, but we had them placed around the core of the tank, where most of the hot spots would take place,” says Orsborn.

A set of four Chicago Blower 60-hp centrifugal fans supplied by Safe-Grain generate at least 1/7 cfm per bushel of aeration through a Sukup floor support system.

A Union Iron 20,000-bph drag conveyor carries grain out to the new tank supported by a Union Iron catwalk and 8-foot-x-8-foot tower.

After the level of grain drops below the sidedraw outlet, it empties onto an above-ground Union Iron 10,000-bph drag conveyor running back to an existing leg.

Growmark Commercial Construction installed the 3,500-bph LP-fired Zimmerman dryer, new gas line, and vaporizer with the help of Illini Construction Services, Dixon Builders, and R.L. Hoener. The dryer, which uses existing wet and dry legs, has been test-fired but had not be used on an actual crop as of press time.

The new two-story, wood-frame office building is sited next to a new 70-foot Fairbanks pitless inbound-outbound truck scale and Gamet JaHam truck probe. The office grain lab includes a Perten moisture tester. For now, the scale is not yet automated.

The 472,000-bushel AGI tank at Stewardson stands 90 feet in diameter, 80 feet tall at the eave, and 105 feet tall at the peak. Just like the tank in Windsor, this one has outside stiffeners, flat floor, sidedraw spout, and four-cable Safe-Grain temperature monitoring system.

A set of four Airlanco 40-hp centrifugal fans provide at least 1/7 cfm per bushel through an Airlanco floor design.

The replacement leg is a 155-foot-tall Union Iron 10,000-bph model outfitted with a single row of 4B 16x8 buckets mounted on an 18-inch Dunlop belt.The leg deposits grain into a new Premier Components six-duct rotary distributor. This, in turn, can send grain to existing grain storage and equipment or to the new overhead conveyor via Premier gravity spouts. 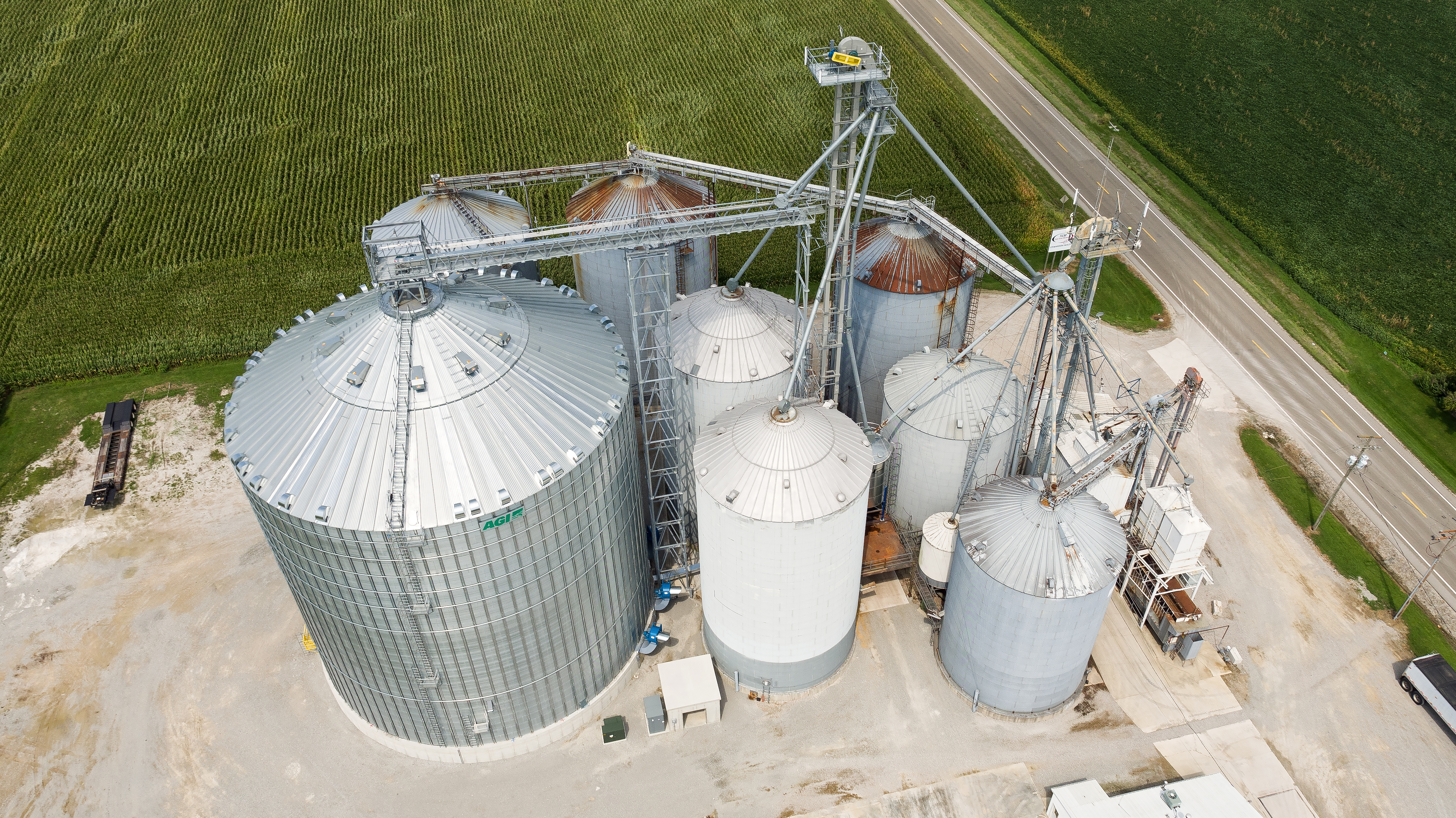