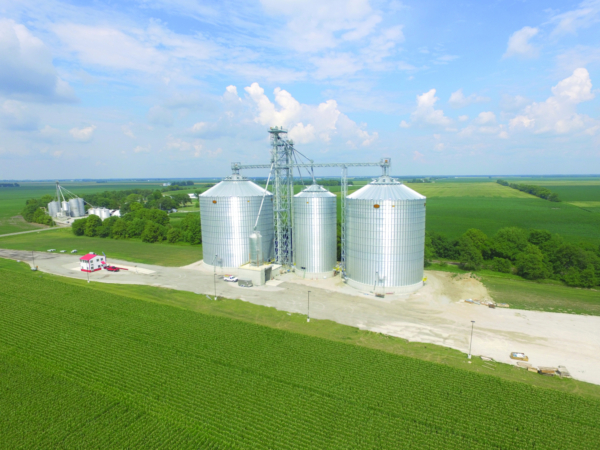 FAIRGRANGE, Ill. - When Total Grain Marketing LLC (TGM) purchased a 266,000-bushel elevator in 1999 in the tiny crossroads village of Fairgrange, IL (about five miles north of Charleston, IL), the hamlet was destined for bigger things. Or at least a bigger grain elevator.

“The old elevator still has its original receiving pit from around the turn of the 20th century,” says Location Manager Phil Borgman, who came to Fairgrange about a year ago from a John Deere dealership in Jacksonville, IL.

“There are a lot of large-sized farms around this area (Coles and Douglas counties),” Borgman says. “They really needed something bigger.”

That came very quickly after groundbreaking on a new elevator across the country road (217-345-6486) early in the summer of 2016. TGM is a GROWMARK-affiliated cooperative, so the project went to GROWMARK Commercial Construction, Bloomington, IL (309-557-6325).

The first phase of construction in 2016 included the office, truck scale, a 105-foot-diameter tank, 20,000-bph leg, and receiving pit, This was operational for the 2016 harvest.

The second phase of construction in 2017 included a 90-foot-diameter soybean tank, 54-foot-diameter wet tank, 3,500-bph grain dryer, and wet and dry legs. This was completed in time for the 2017 harvest.

Additional contractors that worked on the Fairgrange elevator:

The bulk of the grain storage at Fairgrange consists of three GSI corrugated steel tanks:

Incoming trucks are routed to a Fairbanks 80-foot-x-12-foot Talon HVX c Field Pour truck scale adjacent to the facility office building, where they are weighed and sampled with a Gamet probe. The scale uses automated traffic lights on each end of the scale, with 1605T remote displays and FB2550 indicator. Scale tickets can be printed inside with a Model 295 printer or outside with a Model 220 remote ticket printer.

The scale, installed by Southern Illinois Scale Inc., a Fairbanks-authorized distributor, performed all of the work on the scale, which is being used for beta testing the integration of a Perten FB2550 moisture meter with existing scale automation.

Borgman comments that plans call for the installation of a second scale for outbound traffic.

From the scale, trucks proceed to an enclosed receiving shed and deposit grain into a 1,000-bushel Lowry mechanical receiving pit. The pit feeds grain into a GSI 20,000-bph leg equipped with 4B 20x8 low-profile buckets mounted on a 22-inch Dunlop belt.

The leg deposits grain into a six-hole Schlagel flat bank distributor, which sends grain out to storage via 20,000-bph GSI overhead drag conveyors. After the level of grain falls below the sidedraw spouts, the storage tanks empty onto above-ground 20,000-bph GSI drag conveyors running back to the receiving leg.

The distributor also can send grain via gravity spout to a 5,000-bushel Schuld Bushnell surge tank mounted atop the receiving building. A second reclaim conveyor within the plenum of the 54-foot bin reclaims grain to a 5,000-bph wet leg filling the 3,500-bph Zimmerman dryer.

The propane-fired dryer is set up to empty into a 5,000-bph GSI dry leg carrying grain back to the 105-foot tank. Borgman notes that the 2017 harvest came in dry, so the dryer went unused this year. 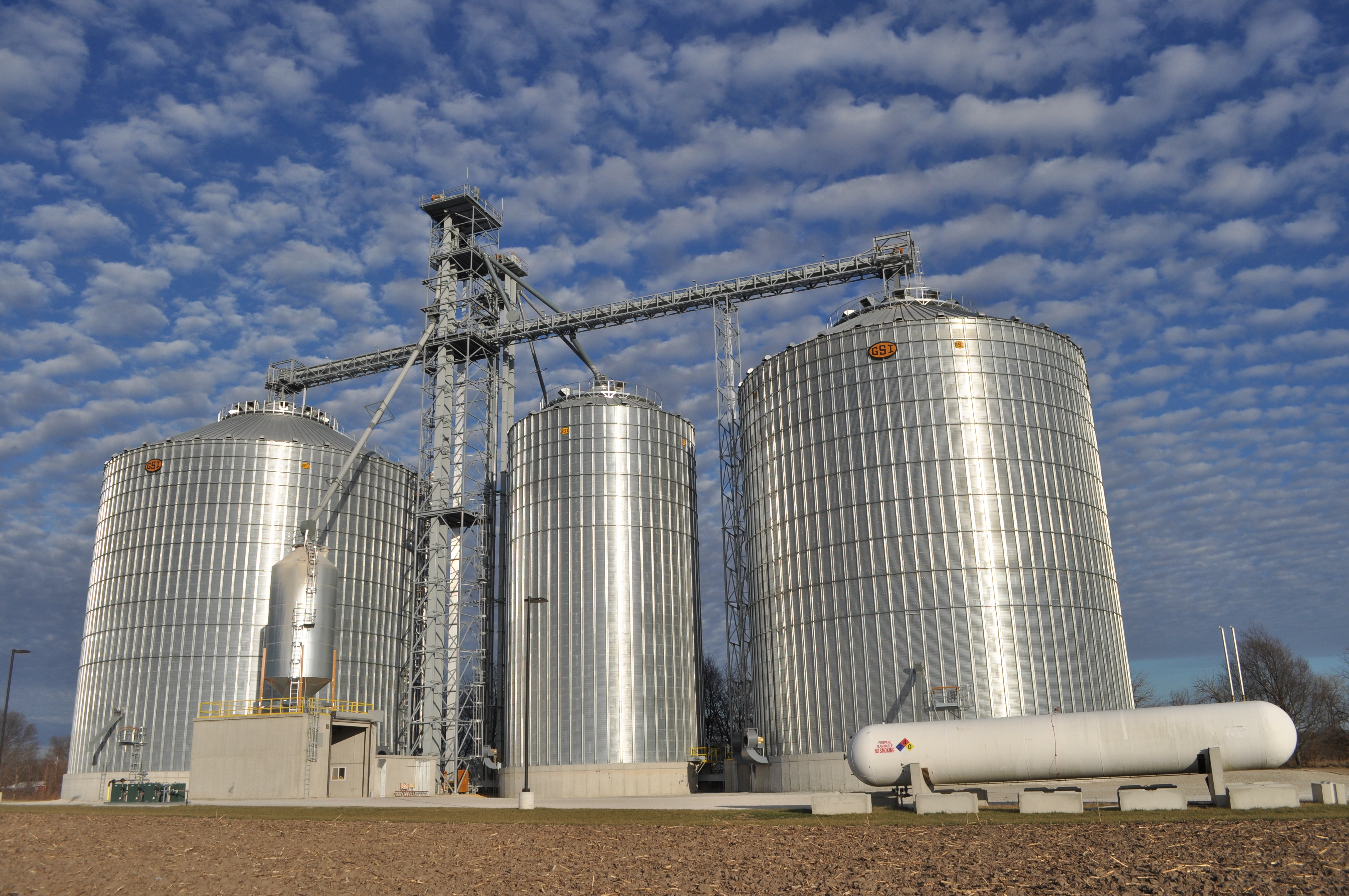