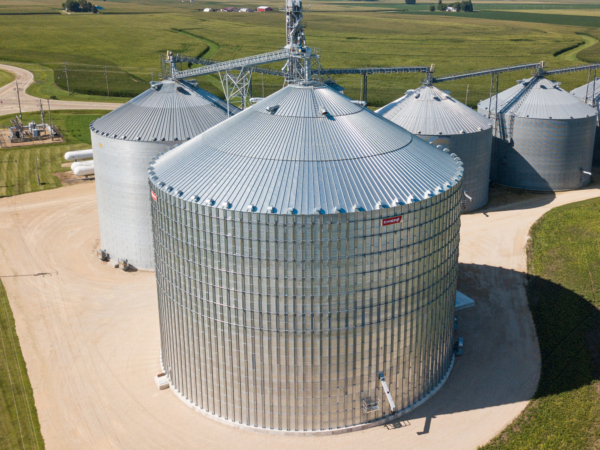 Sublette, IL - Sublette Farmers Elevator Co., a small cooperative in northern Illinois with about 350 members, operates two grain locations, both in Sublette. One, located downtown, is a primarily concrete facility, while the other, just northwest of town on U.S. Highway 52, is all steel.

During the design process, Sublette Farmers worked closely with contractor and millwright Prairie Land Millwright Inc., Mendota, IL (815-538-3085), to reduce cost per bushel even further by going for the largest tank they could get. (Sublette Farmers has worked with Prairie Land on numerous projects in the past.)

“The reason we wanted the Chief tank was that at the time (2018), Chief was the only manufacturer that would install sidedraw spouts in that diameter,” says General Manager Reed Akre, who previously worked for Maplehurst Farms, another northern Illinois grain handle, as well as holding a farm manager position. This design allowed for two sidedraw spouts 180 degrees apart.

Prairie Land supplied its own enhancement to the tank, a zero-entry BinGator paddle sweep for final unloading.

Some subcontractors on the project:

Construction on the new tank began in June 2019, and it was completed around Oct. 15, in time for most of the harvest.

In addition to the sidedraws and the paddle sweep, the new Chief tank is outfitted with a flat concrete floor, outside stiffeners, a 34-cable TSGC grain temperature monitoring system, and G140 galvanizing on the roof and G115 galvanizing on the sidewall panels. The tank roof supports a 50,000-pound peak load.

A set of six Caldwell 40-hp centrifugal fans supply 1/10 cfm per bushel of c aeration through in-floor ducting, with the assistance of six roof exhausters and 54 roof vents.

A 17,000-bph GSI drag conveyor carries grain out to the new tank from existing elevator equipment. The tank empties onto a GSI 10,000-bph drag conveyor housed in a below-ground tunnel.

“It’s been working real well for us,” Akre comments after a year of service from the tank storing the 2019 crop.

In an additional project at the Sublette Farmers steel elevator, the cooperative added a second truck scale outside the facility office and scalehouse.

The 72-foot-long B-Tec pit-type scale is serving outbound trucks and is under control of the facility’s OneWeigh automation system. An automated scale ticket printer is mounted next to the scale. 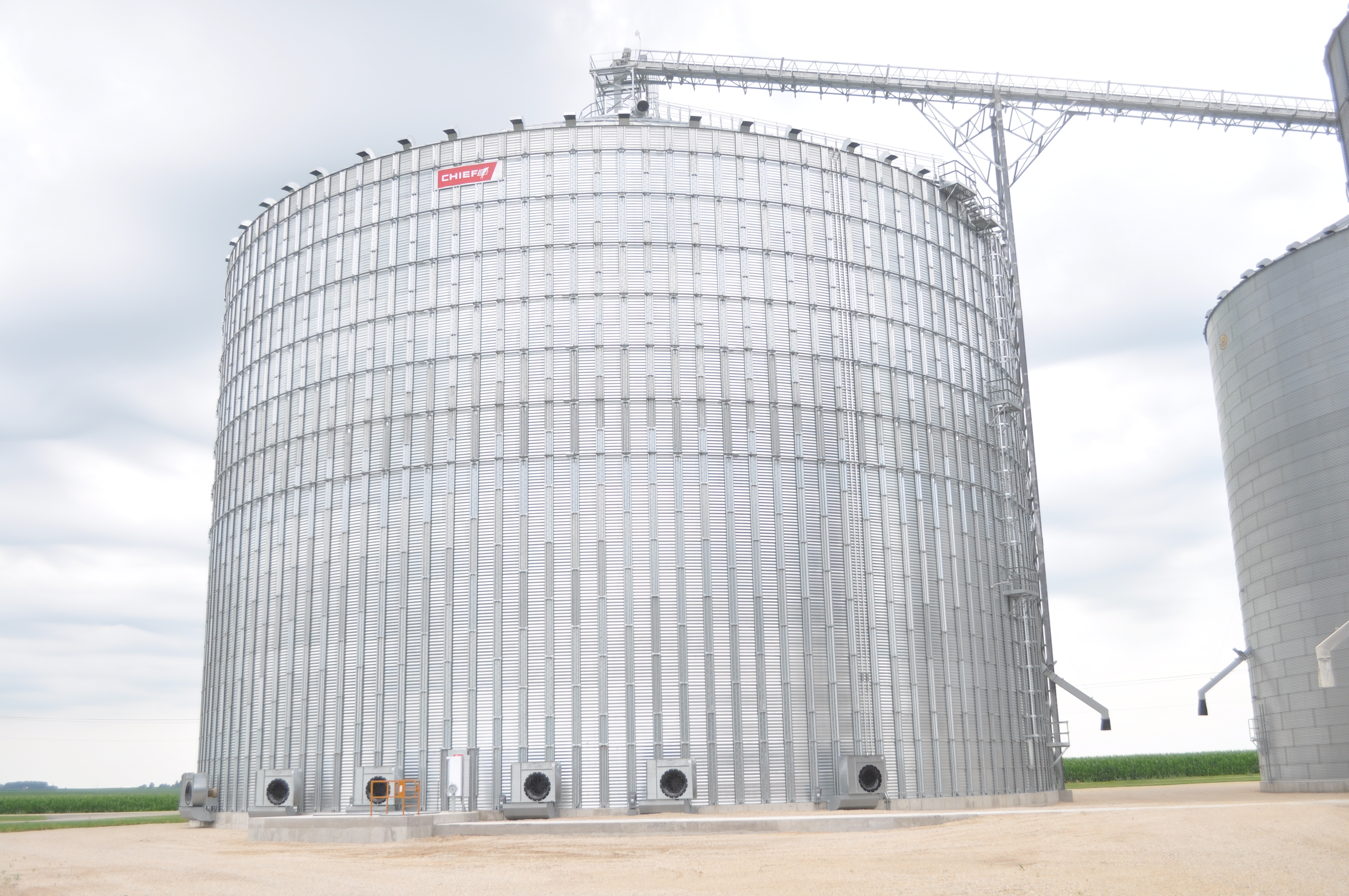