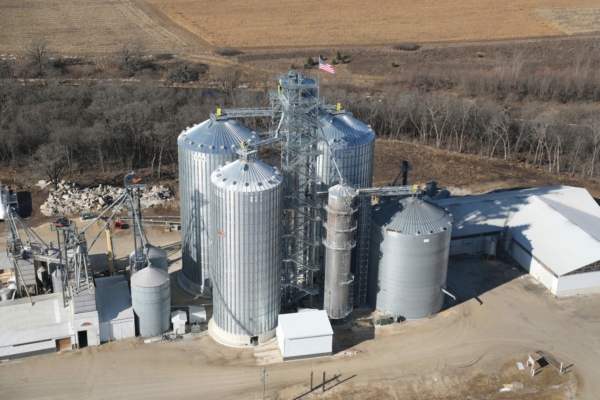 SPILLVILLE, Iowa - When a tornado flattened a 550,000-bushel grain elevator adjacent to the Spillville Mill feed mill in Spillville, IA, on July 17, 2017, few would have predicted that the facility would be drying corn six weeks later and fully rebuilt, doubled in size, in 11 weeks.

The restored all-steel elevator now holds a little more than 1 million bushels, says General Manager Terry Barth, who has been with Spillville Mill for about 18 months. (Prior to that, Barth was a self-employed consultant.)

Hawkeye Grain ended up as the general contractor millwright on the elevator rebuild. Other participants on the team:

Rebuilding after the storm

The Spillville feed mill sustained only minor damage in the storm and was back to making feed within 24 hours. It remained in operation throughout the rebuilding project. “We process between 10,000 and 15,000 bushels a day,” says Barth. “Local farmers were very helpful in keeping us supplied with what we needed.”

In the meantime, LoweCon constructed three Sukup tanks. Two hold 280,000 bushels standing 60 feet in diameter, 112 feet tall at the eave, and 132 feet tall at the peak. The other tank holds 195,000 bushels of wet grain at the same height as the two larger tanks. “We don’t have a lot of space here, so we had to build up instead of out,” Barth notes.

The tanks are outfitted with outside stiffeners, flat floors, and Sukup zero-entry paddle sweeps. For now, no grain temperature monitoring was included, since grain goes directly to the feed mill quickly. Two Sukup centrifugal fans per tank supply 1/9 cfm per bushel of aeration, 50-hp on the larger tanks and 40-hp on the smaller one.

The legs deposit grain into a six-hole swing-type Rapat electronic distributor. This, in turn, sends grain out to storage or to the feed mill via 18,000-bph Sukup drag conveyors.

The tanks empty onto 7,500-bph Sukup drags in above-ground tunnels, which run back to the receiving legs. Alternatively, the smaller tank, which is dedicated to wet grains, can send them to a 7,500-bph wet leg feeding a new Sukup 4,700-bph tower dryer.

Prior to the tornado, the Spillville Mill elevator had no on-site drying, Barth says, so the rebuild was an opportunity to add that capability. During the 2017 harvest, the propane-fueled dryer handled 500,000 bushels of corn, a large amount for the company.

The new dryer sends dry grain back to the distributor via a 7,500-bph Sukup dry leg. 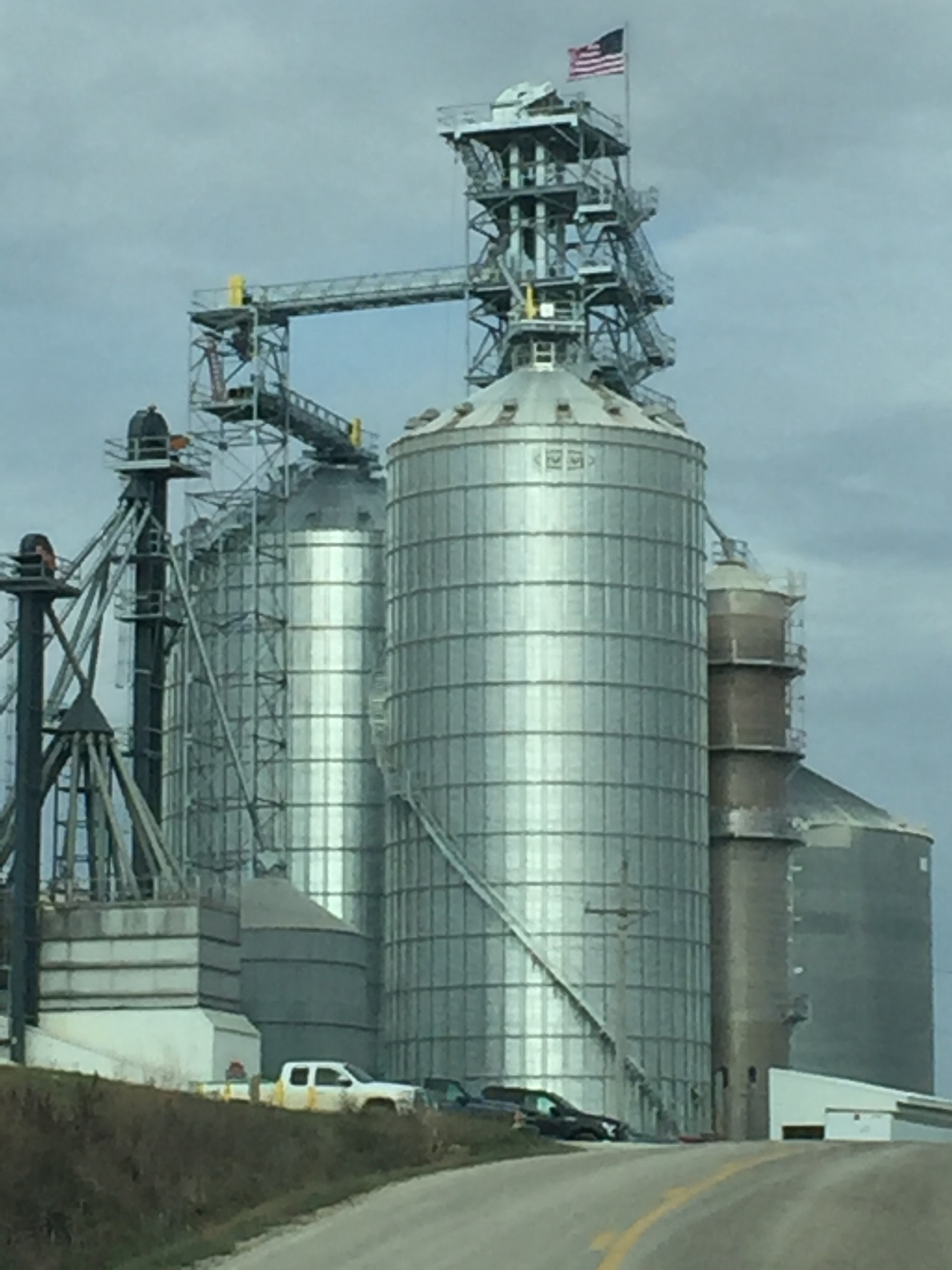