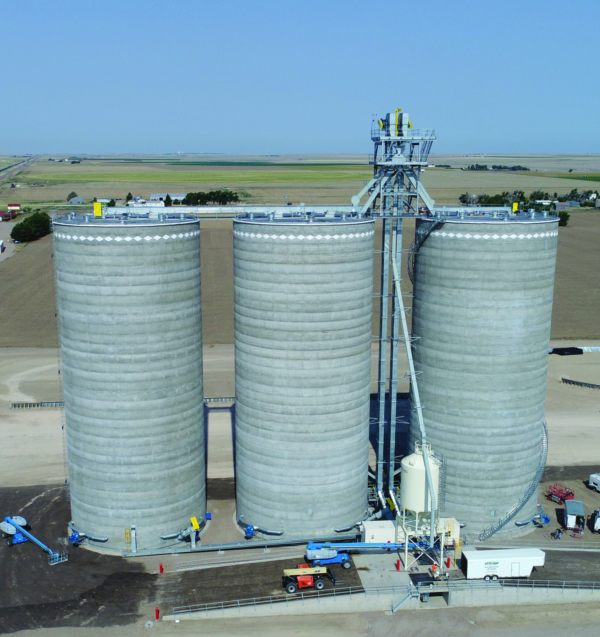 Scott Coop Association in Scott City, KS and Scoular Company in Omaha, NE have been cooperating out on the western Kansas prairies since 2014.

That’s the year that Scoular, the large regional grain handler, went in on constructing a bunker and temporary ground pile along State Highway 96 at Selkirk, KS (620-872-5823). The alternative was to upgrade an elevator at Marienthal, KS, about 20 miles away, where many Selkirk-area producers were hauling grain.

“Once we had proof of bushels and customer base at Selkirk, we decided we needed to build the elevator there in 2017 for efficiency and grain quality reasons,” says Scott Coop CEO Jason Baker.

Scoular has been working in a 50-50 partnership with Scott Coop at Selkirk, with the local Kansas cooperative providing day-to-day management of local facilities and Scoular handling merchandising and logistics. “They have the markets, and we have the origination capability and the relationship with the farmers,” says Baker, who has been with the cooperative for six years, 2-1/2 as CEO. (He came to Scott Coop from Western State Bank in Garden City, KS, where he served as assistant vice president and internal auditor with a variety of ag-related customers.)

The two companies broke ground in the fall of 2017 on a jumpform concrete elevator with 1.1 million bushels of upright storage about a mile east of Selkirk on State Highway 96. The $5.3 million elevator has been receiving grain since June 2018.

Building the elevator was M&N Millwright LLC, Kearney, NE (308-236-0555), as general contractor and millwright. M&N, which has had a long relationship with Scoular, was selected following a bid process. “It was our first project with them, and they did a c great job for us,” says Baker.

Other contractors on the project:

A set of four 40-hp Airlanco centrifugal fans per tank provide 1/9 cfm per bushel of aeration on coarse grains such as corn. For economical operation, the aeration is a downdraft type of system using non-powered vents on the roof.

Truckers bring grain to the elevator using an existing 80-foot inbound/outbound scale and truck probe adjacent to the single-story steel office building. The scale, installed in 2014, dates back to the temporary bunker days and is not yet automated.

At the elevator, truckers drive up a ramp to deposit grain into a pair of above-ground, 200-bushel mechanical receiving pits. These feed a pair of Warrior 15,000-bph receiving legs outfitted with a single row of Maxi-Lift Tiger-Tuff buckets mounted on a 20-inch All-State belt.

The legs deposit grain into a six-duct Schlagel double swingset distributor. This sends grain to the two tanks adjacent to the legs via gravity spouts. To top off the tanks, the distributor also can send grain out via a Warrior 30,000-bph overhead drag conveyor or via a Warrior 15,000-bph drag to the single tank to the north.

Each McPherson tank is equipped with a sidedraw spout for loading trucks and a M&N unloading auger for cleanout. The augers deposit grain onto 10,000-bph Warrior reclaim conveyors running back to the receiving pits.

Truck loading also is accomplished via a 3,600-bushel Meridian surge tank mounted directly over the receiving pits. This tank is filled from the distributor via gravity spout.

“The elevator has performed beautifully,” says Baker. “We’re very impressed with it.” 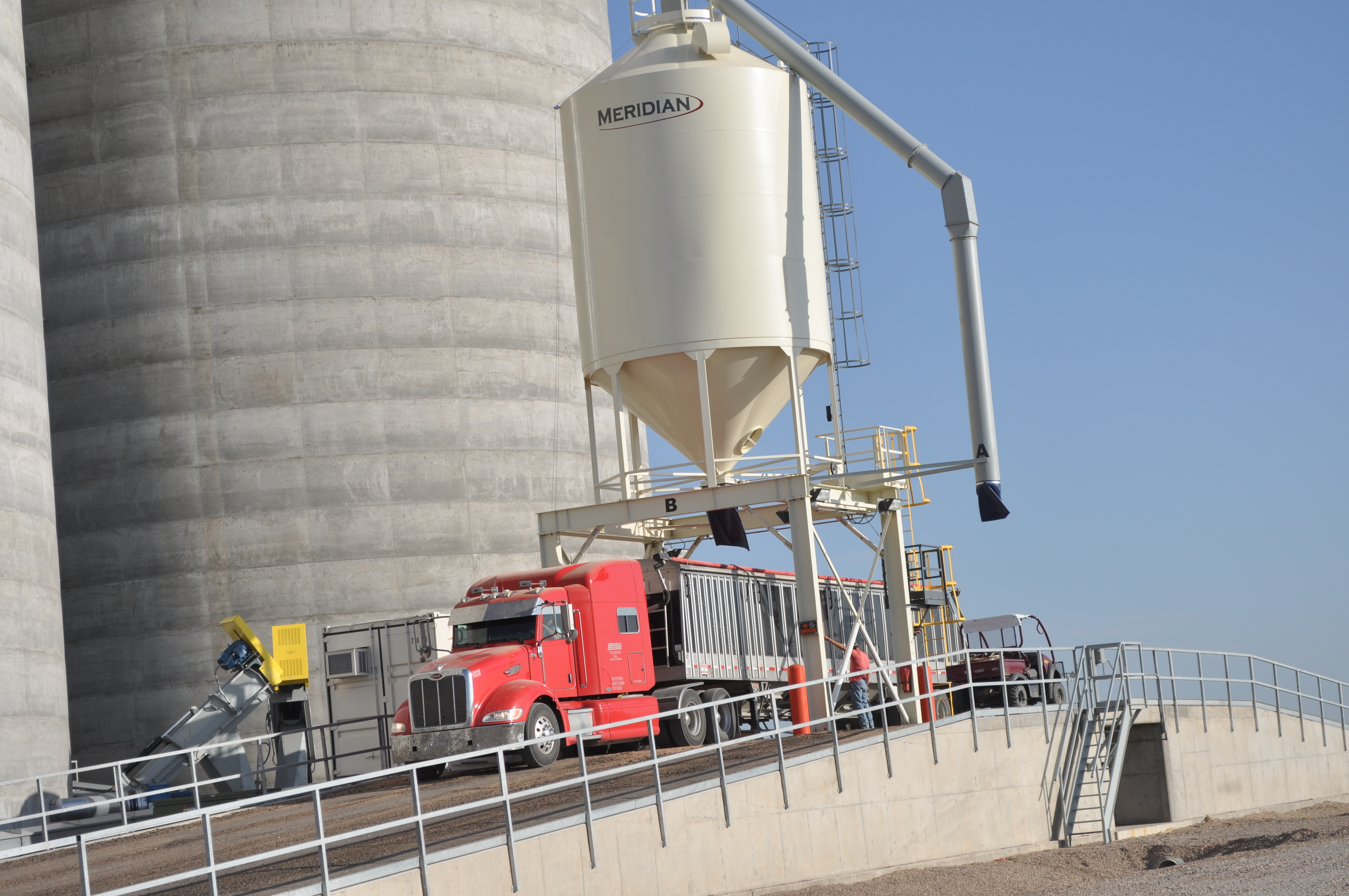