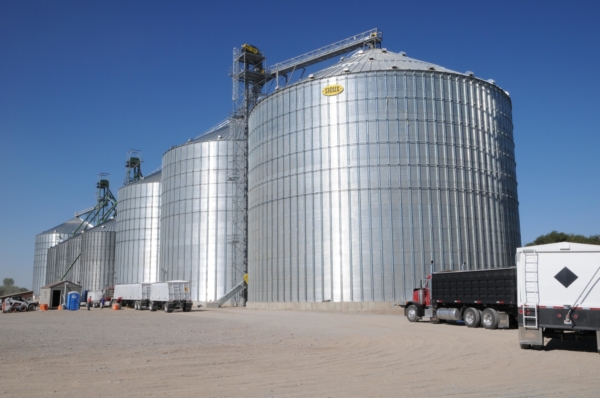 ASHTON, Ida. - All winter long, a parade of storms rolls in from the Pacific Ocean and across the Pacific Northwest. What snow they don’t drop over the Cascade Mountains continues eastward until the storms bump up against the steep-sided Bitterroot Range and Grand Tetons. There they release a massive snowfall that is measured in feet, not inches.

Up against the foothills of the Tetons, Reinke Grain, based in the southeastern Idaho town of Ashton, gets clobbered with that snowfall most years. Its elevation of 5,200 feet, roughly the same as the Mile High City of Denver, CO, guarantees plenty of winter weather.

“It’s normal for us to get three or more feet of snow in the winter, and it’s possible to get five or six feet,” says Vice President Chris Reinke, who has spent his entire career with the family-owned business. “We were looking for a new tank that could handle the snow load. We didn’t want to be up there shoveling snow off the roof all winter.”

With 4 million bushels of storage in the area, Reinke Grain needs plenty of sturdy storage space to handle the wheat and barley crops grown in southeast Idaho. In particular, the company is well-known for offering bright white 2-row barley, a food-grade grain prized by many brewers for its use in making Belgian-style ales, among others.

“The main thing we found with the Sioux Steel tank is the amount of steel it contains,” he continues. “As with many other roofs, it’s constructed on the ground, then jacked up as rings are added underneath, only with the Sioux Steel tank, the roof is mounted on A-frame beams weighing 5,000 pounds each. Also, the sidewalls are supported by three outside stiffeners per sheet, as opposed to two stiffeners with some other tanks.”

Construction on the 600,000- bushel tank began in the spring of 2018, and the company began loading it with grain by Sept. 1. Midwest Bin Erectors handled the tank erection, and Richardson Fabrication built most of the supporting equipment. Reinke Grain’s own employees installed the aeration system and a 14-inch Sioux Steel Daay paddle-type, zero-entry bin sweep.

Reinke was particularly impressed with the operation of the sweep auger. “I’d never seen one before, but the design is brilliant,” he comments. “It’s very efficient. It operates even when buried under a full load of grain, and it keeps up with our loadout capacity.

“And it’s exceptionally safe, zero-entry when it’s running. It will clean the entire bin without the need for any manual grain removal.”

The tank is equipped with a flat concrete floor, the outside stiffeners and Daay bin paddle sweep mentioned earlier, and Bindicator level indicator. It does not have a grain temperature monitoring system.

The Reinke crew installed a set of four Sioux Steel 50-hp centrifugal aeration fans. These supply at least 1/5 cfm per bushel of air through in-floor ducting in a double-H pattern.

For reclaiming grain, the tank has no sidedraw spout. Instead, all grain empties through a center sump onto a 10,000-bph drag conveyor in a below-ground tunnel running back to existing equipment.

Reinke notes that with a fast and furious harvest this fall, the new tank was filled very quickly. 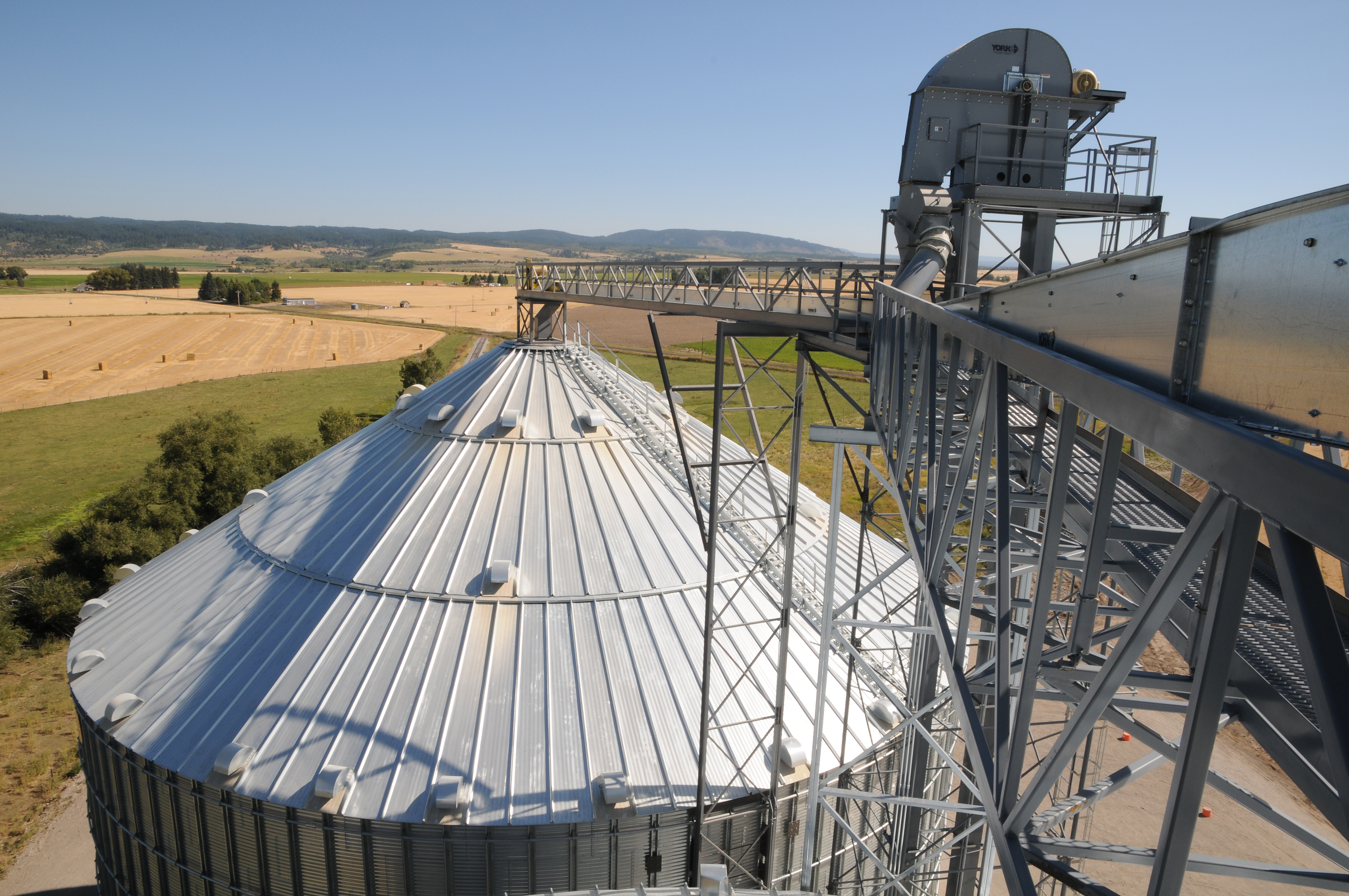