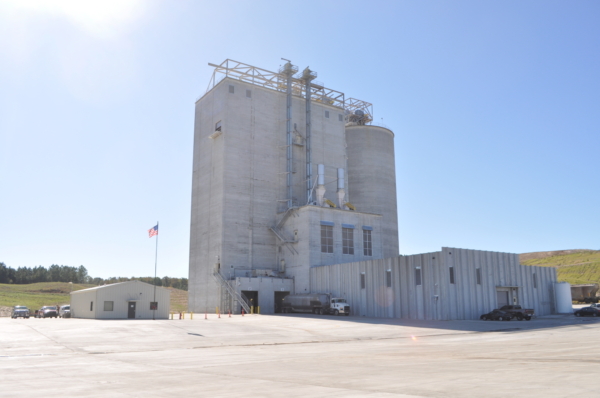 Nashville, AR — Feed manufacturing had been done at an in-town site in Nashville, AR since 1955. By 2015, 60 years later, its current owner, Pilgrim’s Pride Corp., decided that the mill, the oldest feed facility in the vertically-integrated poultry company, had become outdated.

“At the time it was built, it was producing 4,500 tpw,” says Feed Mill Manager Coty Stephenson, “and by the time we shut it down this year, it was operating at 8,500 tpw.” Stephenson has been with Pilgrim’s Pride for four years; prior to that, he operated a feed mix plant in Texas that he had built himself.

Today, the company has replaced that old mill with a new 12,000-tpw slipform concrete plant at a rural site 10 miles north of Nashville. Pilgrim’s Pride purchased the site along State Highway 369 in 2015, “because it was the only site with enough flat ground to build a railyard that can hold a 110-car Union Pacific unit train.”

Plant is ready to receive via truck and rail

Those unit trains bring corn to the plant primarily from the Midwest. The company also ships in individual railcars of soy meal.

Overseeing the entire process was the general contractor, Todd & Sargent, Inc., Ames, IA (515-232-0445). Stephenson notes that the contractor had built a double loadout facility at a Pilgrim’s Pride mill in Pittsburg, TX and had established a reputation with the miller for quality work. (Todd & Sargent also is building a mill for Pilgrim’s Pride at Ranger, GA, which is expected to be completed in summer 2020.)

The plant is equipped with two receiving pits; one of the two bays handles both rail and truck. The rail pit can feed corn or soy meal to either of two high-speed legs at 30,000-bph each.

Whole corn is stored in two 400,000-bushel slipform concrete tanks 64 feet in diameter and 160 feet tall and equipped with Springland zero-entry sweep augers. Corn then is ground on a pair of Roskamp Champion 500-hp hammermills at 120 tph before being sent to storage bins inside the mill. Both mills have variable speed drives, Stephenson says, to accommodate two different grind sizes. There is space to add a third hammermill or a roller mill if needed.

Soy meal is stored until needed in a pair of 740-ton tanks standing 26 feet in diameter by 144 feet tall.

Ingredients are mixed in a 10-ton Hayes & Stolz twin shaft hybrid ribbon/paddle mixer, at an average three minutes mix time, and run through a CPM Gyrosifter cleaner at 200 tph. Smaller quantities of ingredients are added from a four-bag tote system and a 20-bin microingredient system, both from CPM Beta Raven.

The mills use steam generated by a pair of 500-hp Johnston boilers. The steam is run through 16-foot-long CPM steam conditioners on a deck directly above the pellet mills. Steam is injected into the conditioner through eight valve-controlled positions for more precise control of the process. “It’s one of only three of these injection systems in existence,” Stephenson says.

Pellets are cooled in a pair of CPM 63-foot-x-7-foot horizontal pellet coolers, then fat-coated with an APEC Mistcoater. Pellets destined for starter feeds are run through a CPM crumbler.

Pilgrim’s Pride operates an 11-truck fleet within about a 70-mile radius of the plant. Trucks are loaded through moving weigh lorries in each bay. The site also includes a truck maintenance shop and fuel island, for which there had been no room at the old in-town site. 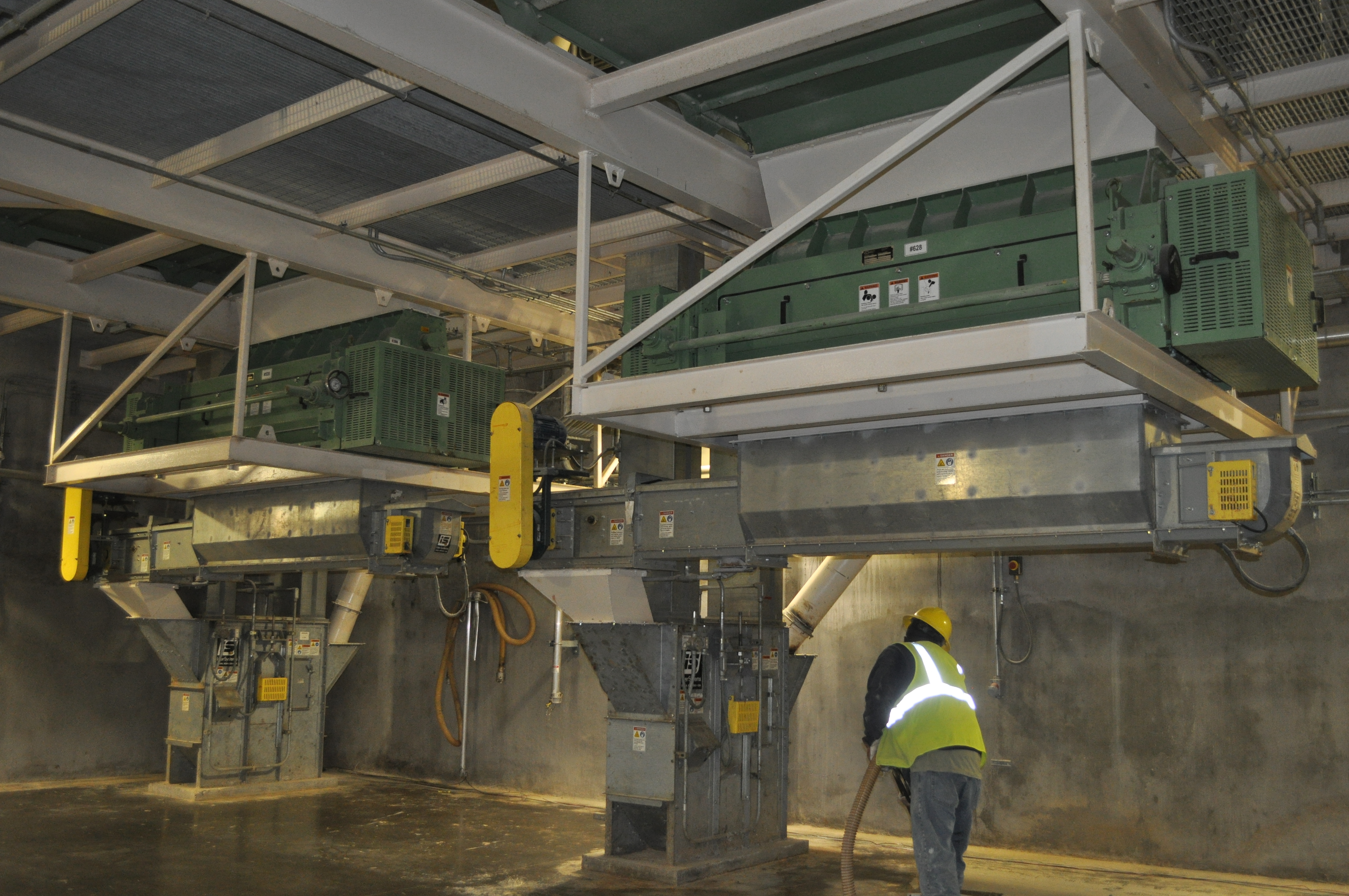 One of two CPM pellet mills and steam conditioners in the mill.