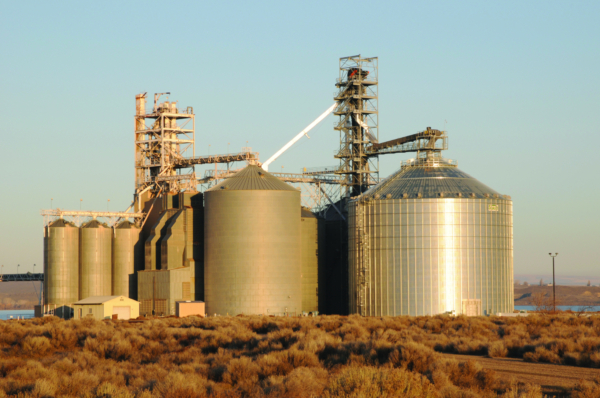 BOARDMAN, Ore. — The Columbia River Gorge on the Oregon/Washington state line has some of the nation’s most spectacular scenery.

Often, the Gorge also has some of the nation’s most spectacular rail traffic jams, as trains on the Union Pacific and Burlington Northern Santa Fe haul grain from the Midwest to Portland, OR and Columbia River export terminals.

That was a major impetus for Morrow County Grain Growers Inc. (MCGG) to invest in a $7.5 million expansion at the barge terminal it operates at the Port of Morrow at Boardman, OR (541-481-3230), upriver from the Gorge, says General Manager Kevin Gray. MCGG and the port authority are 50-50% owners of the facility. The newly expanded facility unloaded its first Union Pacific shuttle train from the Midwest on March 4.

“We continue to handle locally produced grain, as well, so among other things, we added a 603,000-bushel tank to handle the increased volume,” says Gray, who joined MCGG three years ago after working for Cargill and Growmark.

He cites a 2015 U.S. Department of Agriculture study that livestock numbers in the immediate area of northeast Oregon and southeast Washington provide a market just for corn of 56 million bushels alone, not including other feed grains.

The expansion enables MCGG to unload 100- or 110-car shuttle trains on the Union Pacific and Canadian Pacific. A loop track already existed at the site built by Port of Morrow for Pacific Ethanol, which operates an ethanol plant at Boardman.

Then, a variety of commodities can be loaded onto barges tied up at the facility’s dock in the Columbia River, using existing conveyors and barge-loading equipment.

“This is really a strategic upgrade that’s going to add new life to the elevator,” Gray says. “From a logistics standpoint, we really think this is going to improve the amount of grain that works its way down the Columbia River system.”

The Port of Morrow strongly supported the project from beginning to end, says Gray, and in fact, the project was able to get off the ground when the port authority spearheaded an effort to solicit state support.

That support came in the form of a $2.5 million grant from Connect Oregon, an Oregon Department of Transportation program to upgrade the state’s infrastructure.

Gray says the cooperative looked at both concrete and steel storage in designing the expansion and concluded that in this situation, a steel tank provided the best value.

The 603,000-bushel Sukup corrugated steel tank stands 105 feet in diameter, 73 feet tall at the eave, and 102 feet tall at the peak. The tank is outfitted with outside stiffeners, a flat floor, a 24-cable Rolfes@Boone grain temperature monitoring system, a 4B rotary level indicator, and a 16-inch Springland zero entry bin sweep with a capacity of 10,000 bph.

A pair of Sukup 60-hp centrifugal fans provide 1/12 cfm per bushel of aeration through flush-floor ducting, with the assistance of four 2-hp roof exhausters.

The new tank is filled by an overhead 60,000-bph AGI Hi Roller enclosed belt conveyor with a 54-inch Scandura belt running out from a new leg and tower (see p. 25). It empties onto another 60,000-bph Hi Roller belt in a below-ground tunnel that runs back to the new receiving leg. 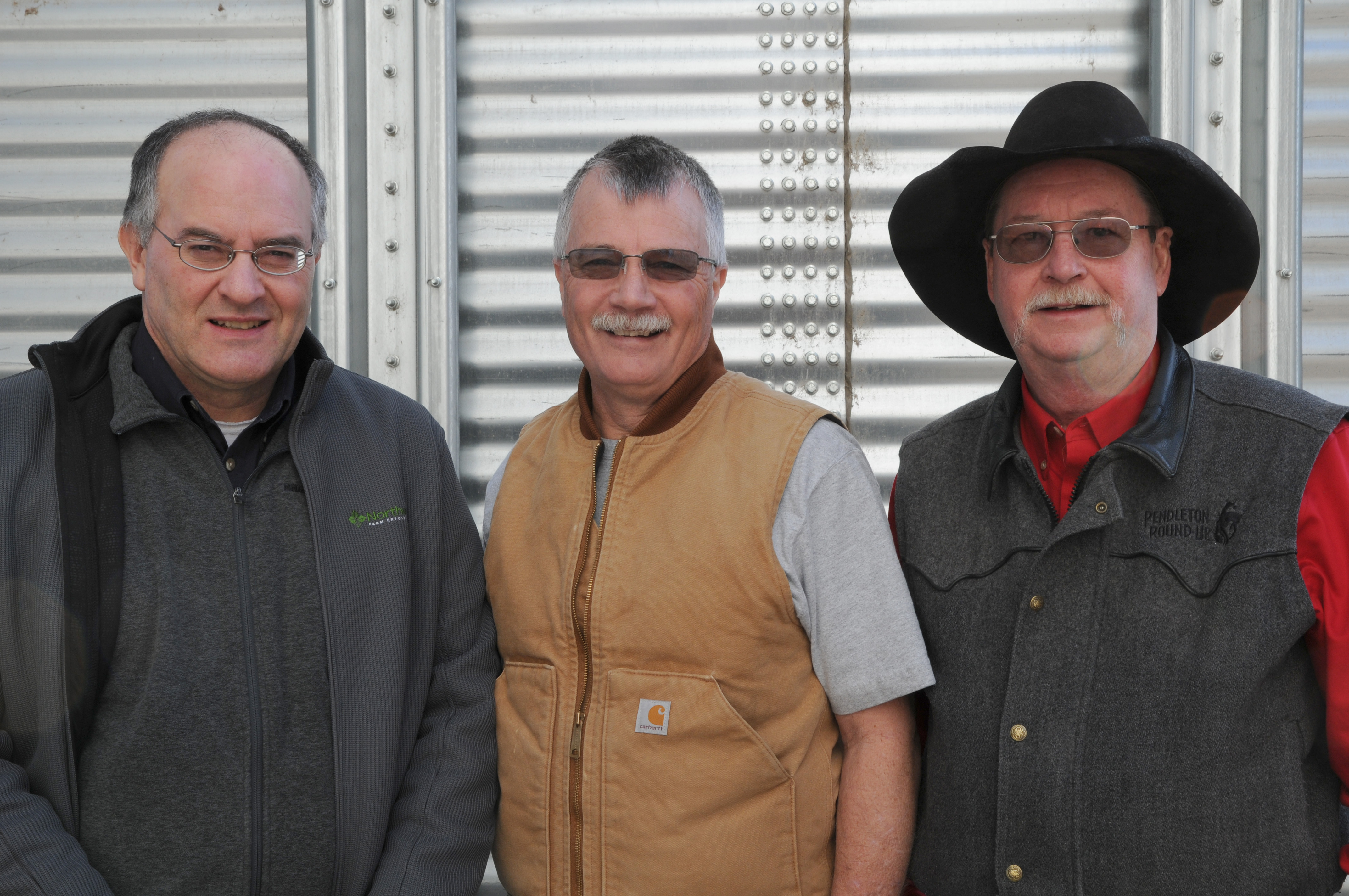 Railcars deposit grain into a 2,400-bushel mechanical receiving pit. The rail shed is outfitted with a track-mounted Calbrandt railcar gate opener, which speeds the train unloading process. When there is no train blocking the way, truckers can use the pit, as well.

A below-ground 60,000-bph AGI Hi Roller enclosed belt conveyor takes grain from the pit to the boot section of a Schlagel 60,000-bph receiving leg. The leg is equipped with two rows of Maxi-Lift 24x10 heavy-duty buckets mounted on a 52-inch Continental belt.

The massive leg is powered by two Toshiba 200-hp motors. The dual motors allows the leg to continue operating while one motor is down for service. The leg is enclosed by a LeMar 16-foot-x-16-foot support tower with switchback stairs.

The leg deposits grain into a Schlagel four-duct Syncroset distributor. One spout can reach the 60,000-bph AGI Hi Roller belt out to the new tank, two spouts feed existing storage tanks, and a fourth connects to the barge-loading operation.

“We’re a small farmer-owned cooperative,” says Gray, “but we’re willing to work with the rest of the industry to provide put-through and a faster way to the West Coast export terminals.

“We’re willing to work with exporters to find a market for Midwestern grain shippers,” he continues. “And we’re capable of marketing the grain on our own to the local feed markets.”

Gray adds that the site has plenty of space for future storage expansion, as needed. 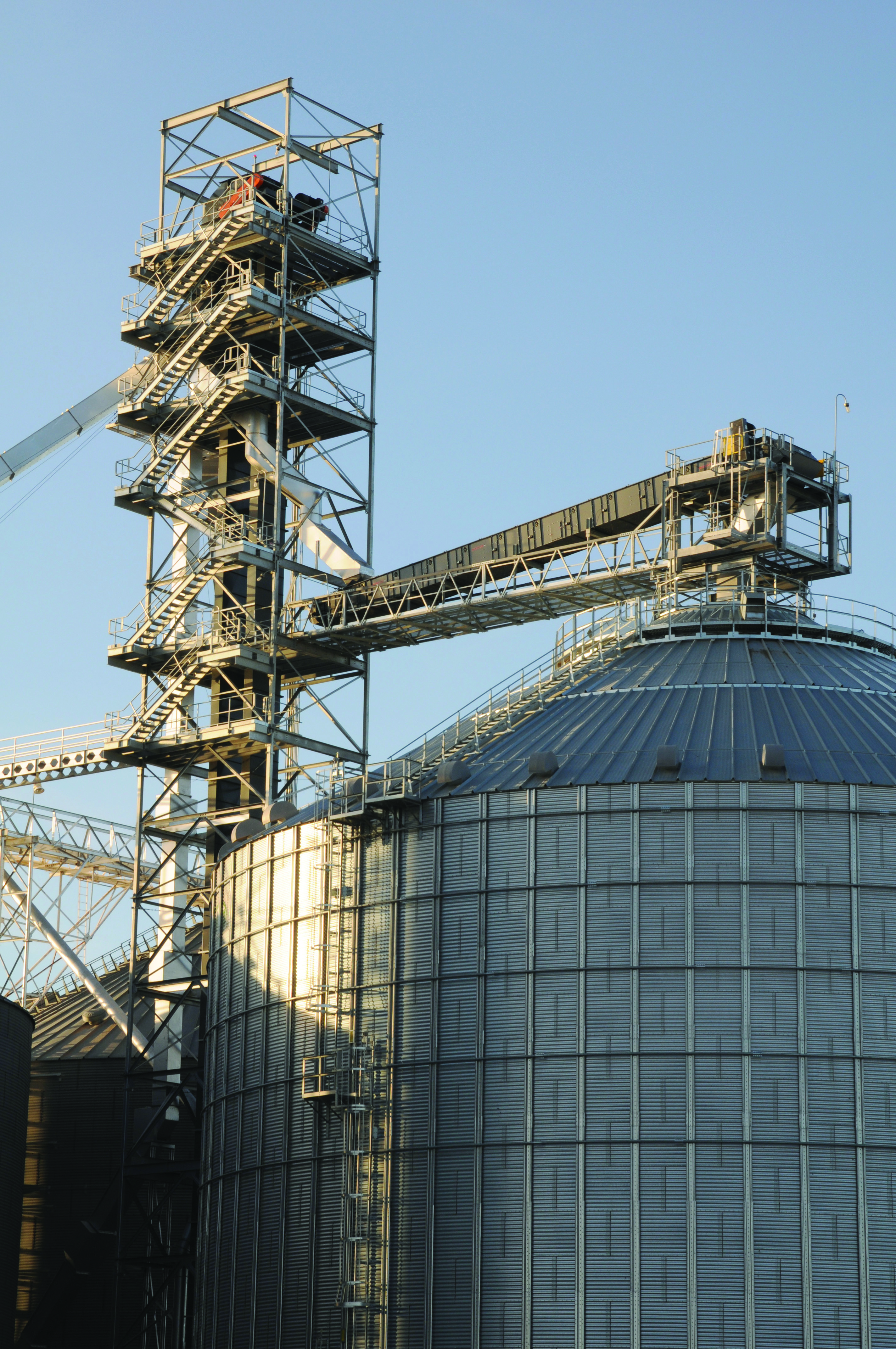