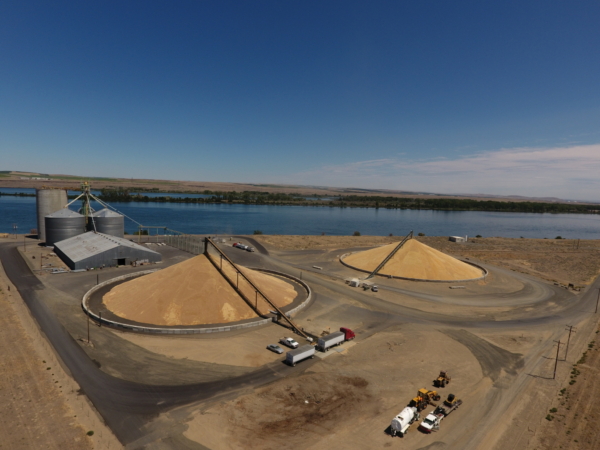 Hogue Warner, OR — There’s been a grain elevator operated by the company known as Morrow County Grain Growers Inc. at Hogue Warner, OR, 12 miles up the Columbia River from Boardman, OR, dating back to the 1930s.

“It was just a wood crib house for many years,” says General Manager Kevin Gray, who has been with the cooperative since 2017 after working for Cargill and Growmark. “Since then, we’ve added a variety of types of storage, including 72-foot-diameter steel tanks in the 1980s, a concrete tank in 1970, and a 600,000-bushel flat storage building in the 1960s.”

The list also included a 1.2-million-bushel round temporary storage system built in 2010. The cooperative then built a second temporary system adjacent to the first in 2020.

“The idea with this pile was to replace an open air auger with a belt conveyor system,” Gray explains. “The last two years we filled up the first pile very quickly. Also, the west auger pile had a tendency to collect a lot of water at one end, and we wanted to eliminate that problem with the new center fill system.”

He adds that having another temporary system will add to the facility’s ability to segregate grain. Even though the pile will hold a uniform grade of grain, it opens up space in the elevator’s upright storage for segregation.

Gray notes that Haskins had built the 2010 pile for Morrow County and has plenty of experience building this type of storage. “Last year (2019), Haskins built three temporary piles for Mid Columbia Producers,” he said.

Other contractors participating in the project:

Miller & Sons Excavating, Hepp-ner, OR (541-676-9613), did excavation work to put down footings to support the weight of the pile and grain.

Construction on the storage pile began around March 1 and was completed around July 1.

The new 1.2-million-bushel pile is 290 feet in diameter. Its addition brings total storage capacity at Hogue Warner to about 4 million bushels.

It has an asphalt floor designed by Haskins with a 1-1/2-degree slope from the center down toward the edge. This is intended to eliminate any water c buildup.

In the event of a power outage, sometimes associated with storms, the cooperative installed a backup Caterpillar generator.

Adjacent to the pile is a 500-bushel mechanical 8-foot-x-8-foot receiving pit that feeds a Keigley 20,000-bph open belt conveyor. The conveyor carries grain on a 36-inch- wide rubber belt with a 22-degree incline to the top of a 68-foot-tall center fill tower. The tower deposits grain through automatic gates designed to help keep down dust emissions.

The pile currently is holding hard red winter wheat from the 2020 harvest. It will be emptied using front end loaders. 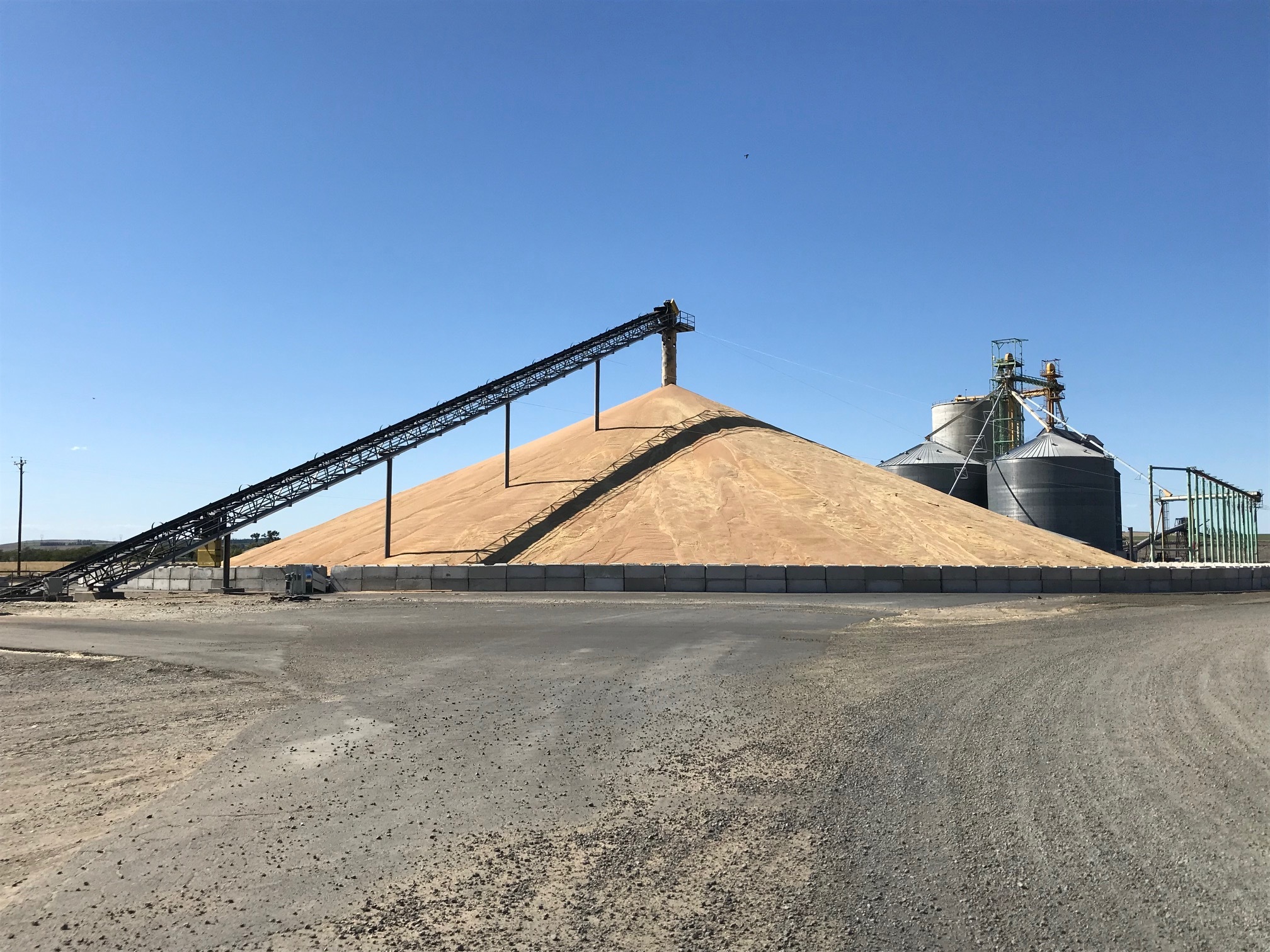