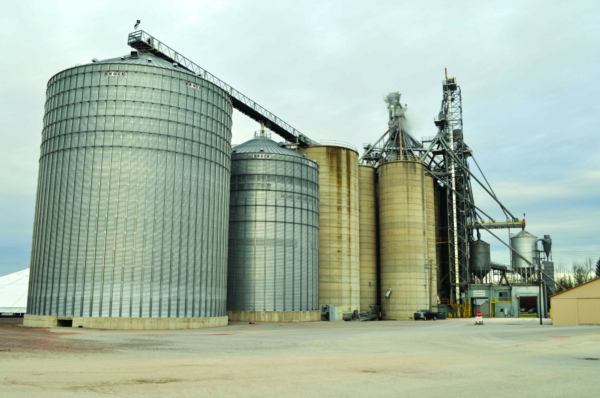 MARLETTE & BROWN CITY, Mich. - Merchandising grain is relatively simple when all you have to do is load it onto shuttle trains and send it to the same customers year-in and year-out. Handling the carry in the market becomes more challenging when that is no longer an option.

“The truth is, we can’t rely on the services of the Class I railroads any more,” says Chuck Kunisch, general manager for two Michigan Agricultural Commodities (MAC) elevators in Marlette (989-635-3578) and Brown City, MI (810-346-2711) and a 20-year veteran with the privately-held company. “CSX recently raised its freight rates for corn to the point where it’s priced us out of the market.”

Cutting back with CSX meant losing some feed markets in the southeastern states, but truck markets remain for the large volumes of corn that MAC originates in the Michigan Thumb region. These include a number of grain processors, feed manufacturers, and ethanol plants around southeast Michigan and southwest Ontario.

As a result, MAC decided to add more storage and handling capacity, in order to handle increasingly large fall harvests while increasing shipping via truck to reach the markets that are available more locally.

“Our company mandate is to get customers through our facility in 15 minutes or less at the peak of harvest, so they can get back out into the fields,” says Kunisch. “So far this harvest (November 2017), we’re averaging about 10 minutes.”

At both locations, MAC acted as its own in-house general contractor. Among the subcontractors the company hired:

Kunisch notes that the new receiving pit is contributing to shorter lines during harvest.

MAC also installed new grain testing equipment in the nearby office building, including a GAC 2500 moisture meter and a Perten falling number tester for wheat.

Construction at Marlette began in August and was completed in October.

The focus of the project at Brown City, about 15 miles to the southeast of Marlette, was the addition of a 500,000-bushel Brock corrugated steel tank. The addition brings total storage capacity at Brown City to approximately 3.6 million bushels. Work began at the end of February and was completed in June.

The new tank stands 90 feet in diameter, 85 feet tall at the eaves, and 110 feet tall at the peak. The flat-bottom tank is equipped with outside stiffeners and a Brock Model 3000SR zero-entry sweep auger. Kunisch notes that the sweep auger can pick up 60,000 bushels of grain in four hours of operation.

A set of four 50-hp Chicago Blower centrifugal fans operated by an Agri-Dry Bullseye controller provide roughly 1/7 cfm per bushel of aeration with the assistance of eight roof exhausters and 42 vents.

In addition to the storage, MAC installed a new 200-foot-tall Alimak Hek rack-and-pinion manlift near the steel storage complex. “The idea is to encourage preventive maintenance by making it easier than climbing long ladders,” Kunisch says.