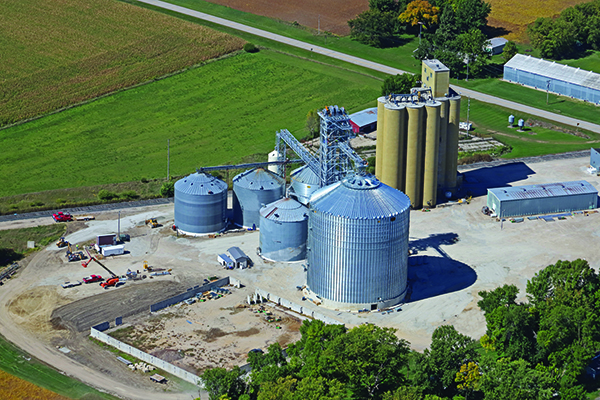 Repairs were needed, and the cooperative decided to go ahead with plans to add a 105-foot-diameter corrugated steel tank, convert two existing dry storage tanks to wet tanks, and add a new 4,000-bph tower dryer and a 6,000-bushel truck loadout tank.

That project was just getting underway when Grain Journal visited late in June 2020 and was expected to be completed by late September.

“At Belmond, it was an upgrade to aging facilities,” says Buie. “At Britt, we needed more storage. And at all three locations, we wanted to tie in everything with our automation system to create new efficiencies.”

Also working on the project:

At Britt, Buresh constructed a 763,000-bushel Sukup tank standing 105 feet in diameter, 96 feet tall at the eave, and 127 feet tall at the peak. An 11-foot-tall tower sits atop the tank that supports a 20,000-bph Schlagel fill conveyor running out from existing concrete.

The tank is outfitted with six Sukup 50-hp centrifugal fans capable of delivering 1/7 cfm per bushel of aeration through in-floor ducting.

The tank empties onto a Schlagel 10,000-bph drag conveyor in an above-ground tunnel running back to existing grain handling equipment. The tank has no sidedraw.

The new 105-foot-diameter tank at Belmond is identical to the one constructed at Britt. At the time Grain Journal visited, the project at Belmond was running about two weeks behind Britt but was nearly complete. Both new tanks are expected to be in use during the 2020 fall harvest.

While construction was just getting underway at Klemme, Operations Leader Jeff Marsh, a 22-year veteran at the cooperative, was able to provide a detailed description of the project.

The tank will have a flat floor, outside stiffeners, a Prairie Land BinGator paddle sweep, and 24-cable AGI CMC grain temperature monitoring system.

A set of six GSI 40-hp centrifugal fans supply 1/7 cfm per bushel of aeration through in-floor ducting, with the assistance of 11 roof exhausters and 52 vents.

The project also will include two upgraded 500-bushel mechanical receiving pits. These will feed a pair of GSI 15,000-bph legs outfitted with single rows of Maxi-Lift 16x8 CC-style buckets mounted on 17-1/2-inch belts.

The legs will empty into a four-duct Schlagel double distributor, which in turn, will send grain to the new tank via a GSI 30,000-bph enclosed drag conveyor.

The tank won’t have a sidedraw, but it will empty onto a GSI 15,000-bph reclaim drag running back to the receiving legs in an above-ground tunnel.

Also included will be a 4,000-bph GSI Zimmerman tower dryer fired by natural gas and serviced by GSI 6,000-bph wet and dry legs. The new legs will be enclosed in a 20-foot-x-24-foot-x-170-foot Warrior tower with switchback stairs.

A Warrior box bridge free-spanning 150 feet connects from the main tower to a second Warrior 4-foot-x-8-foot-90-foot tower. A new GSI 15,000-bph conveyor will run through this bridge to feed the coop’s existing tanks, as well as a Meridian 6,000-bushel smooth-walled loadout bin. 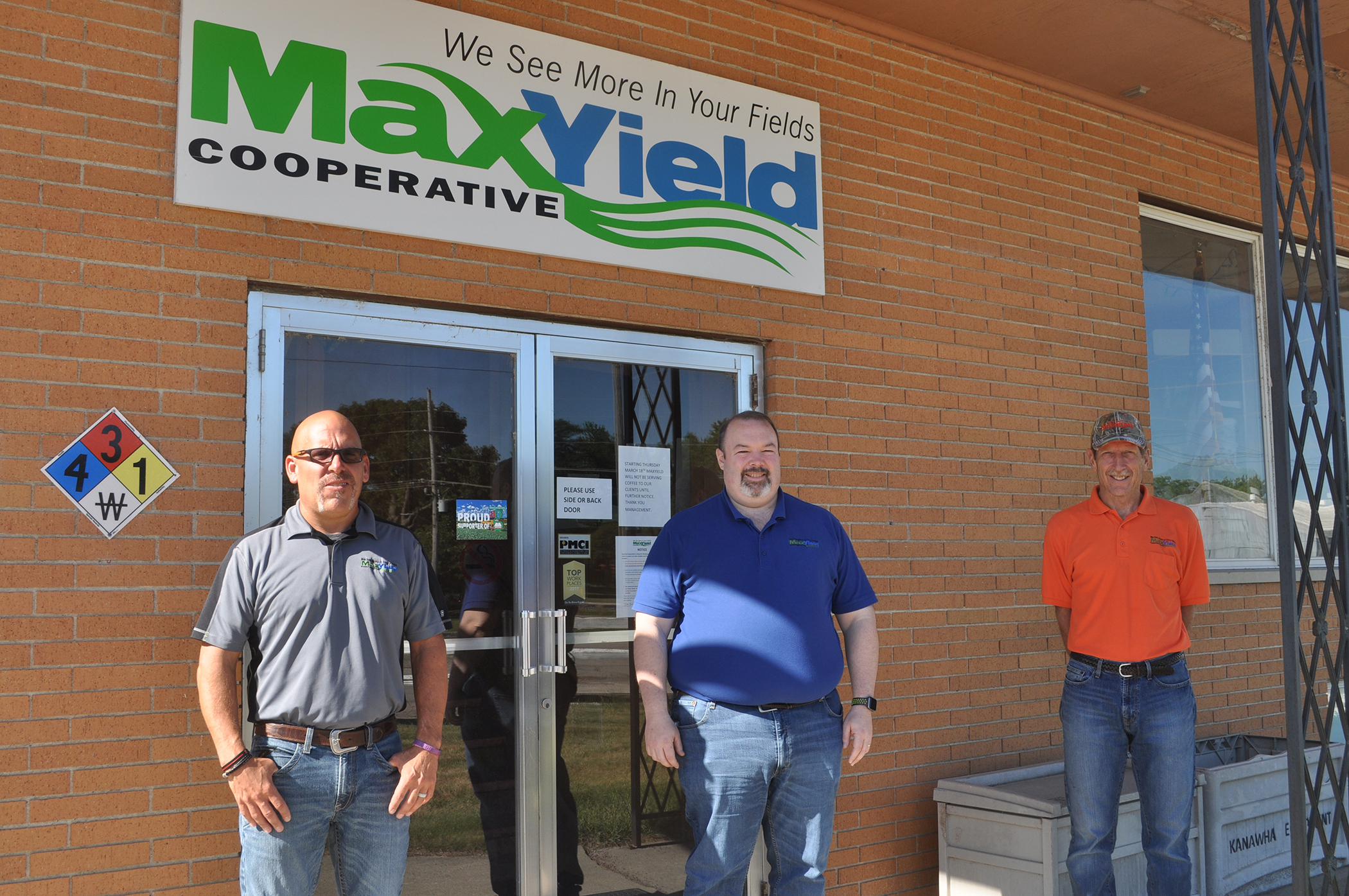