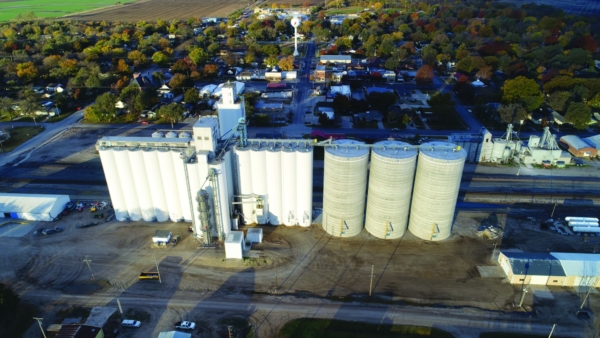 SEDGEWICK, Kan. - It was raining heavily early in October when Grain Journal came to call at the Kanza Cooperative Association branch elevator in Sedgwick, KS, just north of Wichita.

It had been raining so heavily, in fact, that the Little Arkansas River had overspilled its banks, flooding several streets the Grain Journal writer tried to use to leave Sedgwick later that day, forcing him to find different streets back to the interstate.

In that weather, grain trucks delivering fall crops were few and far between. It was just as well. According to Location Manager Gary Head, the 2-million-bushel facility’s three new 250,000-bushel jumpform concrete tanks already were filled with corn.

“We just finished these October 1, and they’re already full,” says Head, who came to Kanza Coop 3-1/2 years ago after managing an elevator for Pride Ag Resources in Ensign, KS.

“We would move 600,000 bushels of wheat out for fall anticipating 1.6 or 1.7 million bushels of fall crops,” he continued. “The way it had been, as soon as we took fall grain in, we were having to ship it as fast as possible, so we really needed more storage.”

To add that storage, the coop hired Grain Elevator Equipment Inc., Kansas City, MO (913-381-3788), which has done all of Kanza Coop’s construction work for years, as contractor and millwright, according to Head. “Most recently, they did a successful expansion project for us at Stafford (KS).”

In addition, Agri Mech, Olathe, KS (913-940-7774), performed engineering work on the project. There was no electrical contractor, because Kanza Coop personnel performed that work.

The project, built for an undisclosed sum, began early in December 2017 with the demolition of an old flat storage building. The new tanks began receiving grain on Oct. 1.

A pair of Tiernan 50-hp centrifugal fans per tank deliver an estimated 1/7.7 cfm per bushel of aeration through in-floor ducting with the assistance of five roof exhausters.

A set of overhead Warrior 15,000-bph drag conveyors carry grain out to the three new tanks. The conveyors are mounted atop Warrior catwalks.

Each of the tanks are equipped with sidedraw spouts for partially emptying grain into trucks. When grain drops below the level of the sidedraws, the tanks empty onto an above-ground 8,000-bph Warrior drag conveyor running alongside the tanks back to an existing bucket elevator.

“So far the new tanks are working really well for us,” Head adds. 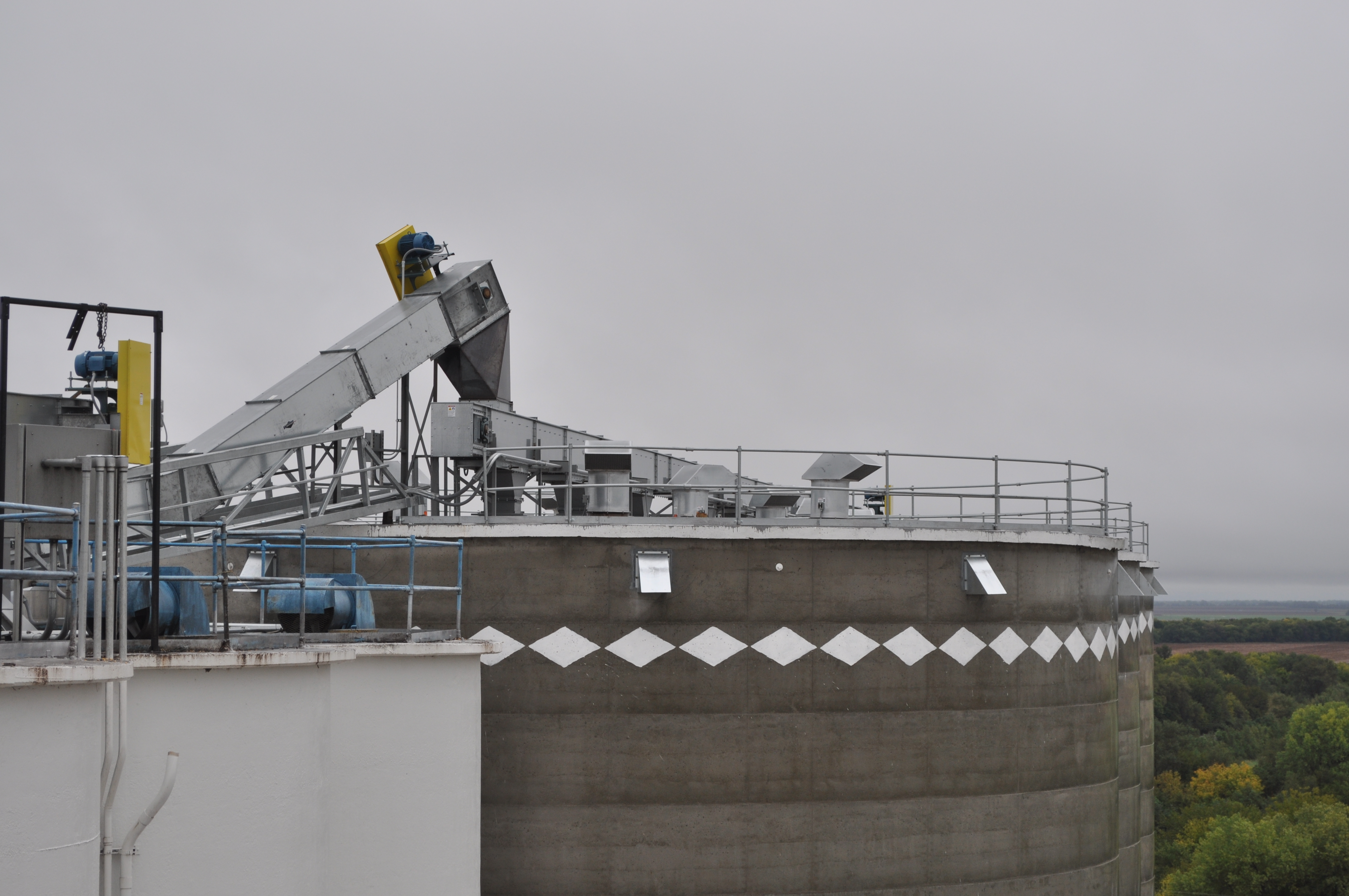