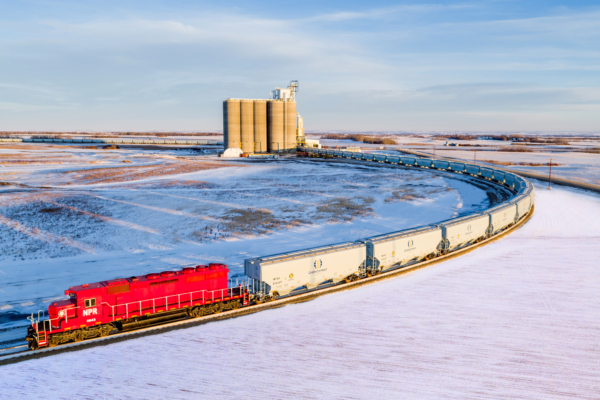 Maymont, SK — The parent companies are Australian and Japanese. The Japanese company has a U.S. operation headquartered in Louisiana with years of experience in originating U.S. grain for Asian markets. And now, a new joint venture has come to Canada.

“We’re here to build a supply chain from western Canada,” says Warren Stow, president of GrainsConnect Canada. The company is a venture between GrainCorp, the huge commodity operation based in Sydney, Australia, and Zen-Noh Grain, GrainCorp’s Tokyo, Japan-based counterpart with a river terminal in Convent, LA. The goal is to originate the high-quality grains for which Canadian producers are known and ship them across the Pacific.

“The site is located on the CN (Canadian National Railway), which we’ve partnered with for all of these projects,” says Stow. “The site also has good road access along (Provincial) Highway 16. The area has strong crop production.”

Those characteristics also are found at the other three sites where GrainsConnect plans similar new elevators:

For the terminal at Maymont, GrainsConnect partnered with the U.S. design-build firm Todd & Sargent Inc., Ames, IA (515-232-0442), which served as general contractor and millwright. Todd & Sargent has operated Canadian crews since 1985 under Todd & Sargent Canada, Ltd.

“Todd & Sargent’s bid involved a collaborative process with us and was competitive,” Stow says. “ They did a fantastic job, and they will build our other three elevators, as well.”

Among the other major contractors:

Construction began in April 2016 and was completed 18 months later

Over 1 million bushels of concrete storage

The large tanks stand 36 feet in diameter and 140 feet tall. Six are intended for dry grain storage, while four are designed to handle wet grains as needed. They include 37-degree sandfill slickcoat hoppers, a particularly smooth type of concrete, for easy cleanout without any need to enter the tank.

Each of the four wet tanks is equipped with an AIRLANCO 75-hp centrifugal fan equipped with AIRLANCO inlet barrel silencers for reduced noise levels. Each fan is capable of delivering 1/14 cfm per bushel on wheat with the assistance of two 2-hp roof exhausters. Air is delivered through a vertical pipe entering the tank above the top of the hopper.

Incoming truckers key in their load information upon entering the property using a scale automation system supplied by LV Controls. After the load is sampled with an Intersystems probe, the driver proceeds to an enclosed 10-foot-x-110-foot Rice Lake aspirated dump-through truck scale. The mechanical pit sends grain either to a 625-mtph (23,000-bph) VIS receiving leg or a similarly-sized VIS flex leg. Both legs are outfitted with a single row of Maxi-Lift 24x8 Tiger Tuff orange buckets mounted on 28-inch Goodyear Pathfinder Plus Arctic belts.

The receiving leg deposits grain into a Schlagel six-duct SwingSet double distributor, which in turn, sends grain out to storage via VIS 625-mtph drag conveyors.

The flex leg can send grain to a rooftop cleaning house, direct to rail loading, or back into the facility for transfers and audit. The cleaning house is rated to clean wheat at 240 mtph (8,800 bph). Equipment in the cleaning house, set to clean grain to Canadian export standards, includes ArrowCorp aspiration and reclaim equipment and BM&M rotary and counterflow cleaners.

Stow reports that while the facility began receiving grain in October, no trains were loaded until December to allow time for the concrete structure to settle under weight. As of early January, the terminal had loaded two 130-car trains in a little under 14 hours. The goal, says Stow, is to get that under 10 hours. 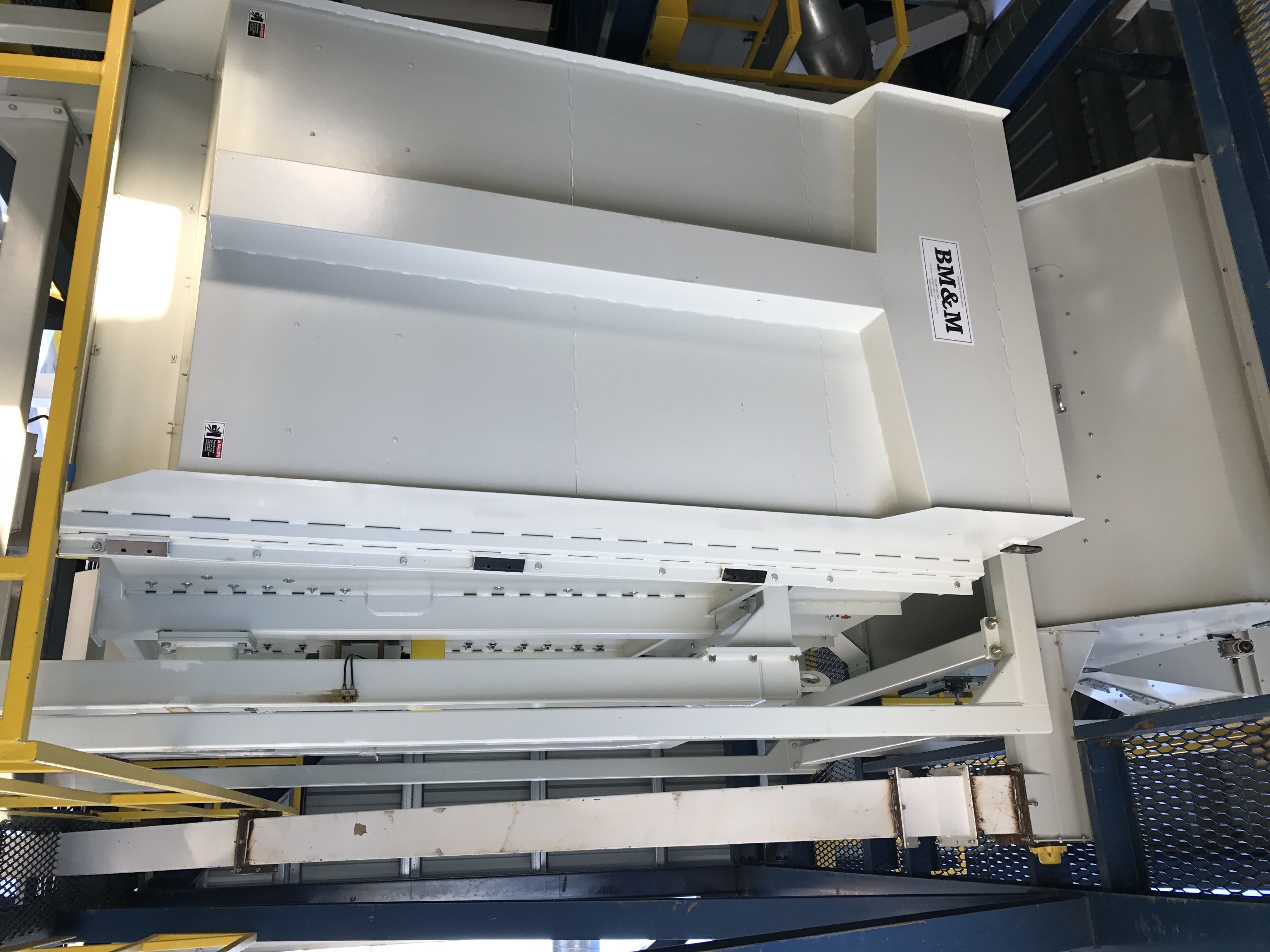 Storage capacity: 1.3 million bushels at one location, three more to be built

Suppliers of the project