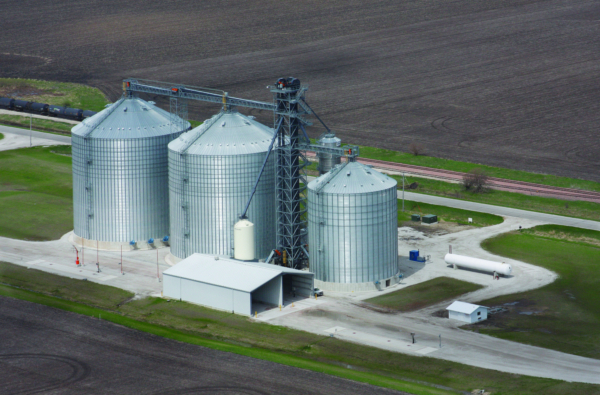 Gold-Eagle Cooperative in 2002 acquired two concrete grain elevators in Wesley, IA as part of a merger with the former Farmers Coop Society of Wesley.

The facilities served coop members well for a while, but after a few years, it became apparent that local crop yields were starting to outstrip the capabilities of the in-town elevators to handle the crop.

“We needed more storage, but we were landlocked with no room to expand,” says Regional Manager Lynn Ostendorf (515-679-4272), who has spent the last 15 years at the Wesley location. “Roughly half of our storage here was built in the mid-1950s and was starting to show its age, so the best option was to expand someplace else.”

The cooperative purchased land for a greenfield elevator about half a mile east of town along the Old Highway 18.

Among other major contributors to the project:

Construction on the $5.9 million project began in 2015. After a number of weather-related delays, the new elevator began receiving grain in October 2015.

Storage at the site includes two 750,000-bushel tanks for long-term storage and a 278,000-bushel wet tank, all from Brock Grain Systems. All elevator functions are run by a control system created by Gold-Eagle’s IT department.

The big tanks stand 105 feet in diameter, 93-1/2 feet tall at the eaves, and 102 feet tall at the peak. The flat-bottom tanks are equipped with outside stiffeners, 12-inch Springland sweep augers, 24-cable grain temperature monitoring systems from Tri-States Grain Conditioning Inc., and BinMaster level monitors. A set of six 60-hp AIRLANCO centrifugal fans per tank supply 1/7 cfm per bushel of aeration.

The wet tank stands 78 feet in diameter, 74 feet tall at the eave, and 81 feet tall at the peak. It is outfitted similarly to the big tanks, but with a 14-cable grain temperature monitoring system and two 50-hp AIRLANCO fans supplying 1/7 cfm per bushel of air.

Incoming trucks are sampled with a Probe-A-Load truck probe and weighed on an 80-foot Siouxland pit-type inbound/outbound scale under Kennedy Scales automation controls.

Drivers proceed to an enclosed 1,500-bushel mechanical receiving pit to deliver their load. The pit feeds a 20,000-bph Schlagel leg outfitted with a single row of 20x8 Tapco heavy-duty buckets mounted on a 22-inch Goodyear belt and enclosed in a LeMar 18x18 tower with switchback stairs.

The leg feeds grain into a four-hole Schlagel rotary distributor. From there, 30,000-bph Schlagel overhead drag conveyors take grain out to storage. The tanks empty into above-ground Schlagel 8,500-bph reclaim drags running back to the leg.

Outbound trucks are loaded from the distributor via gravity chute through a 5,500-bushel Meridian surge tank mounted atop the receiving building. That building includes two traffic lanes, one for corn receiving and the other for corn loadout. The corn loadout alley is equipped with a dedicated truck loading scale to ensure accurate, one-time loading.

The facility also includes a 4,700-bph Brock tower dryer fired by liquid propane from a 30,000-gallon tank with vaporizer adjacent to the elevator. Ostendorf reports the dryer handled approximately 800,000 bushels during the 2015 harvest and regularly exceeded its rated capacity. 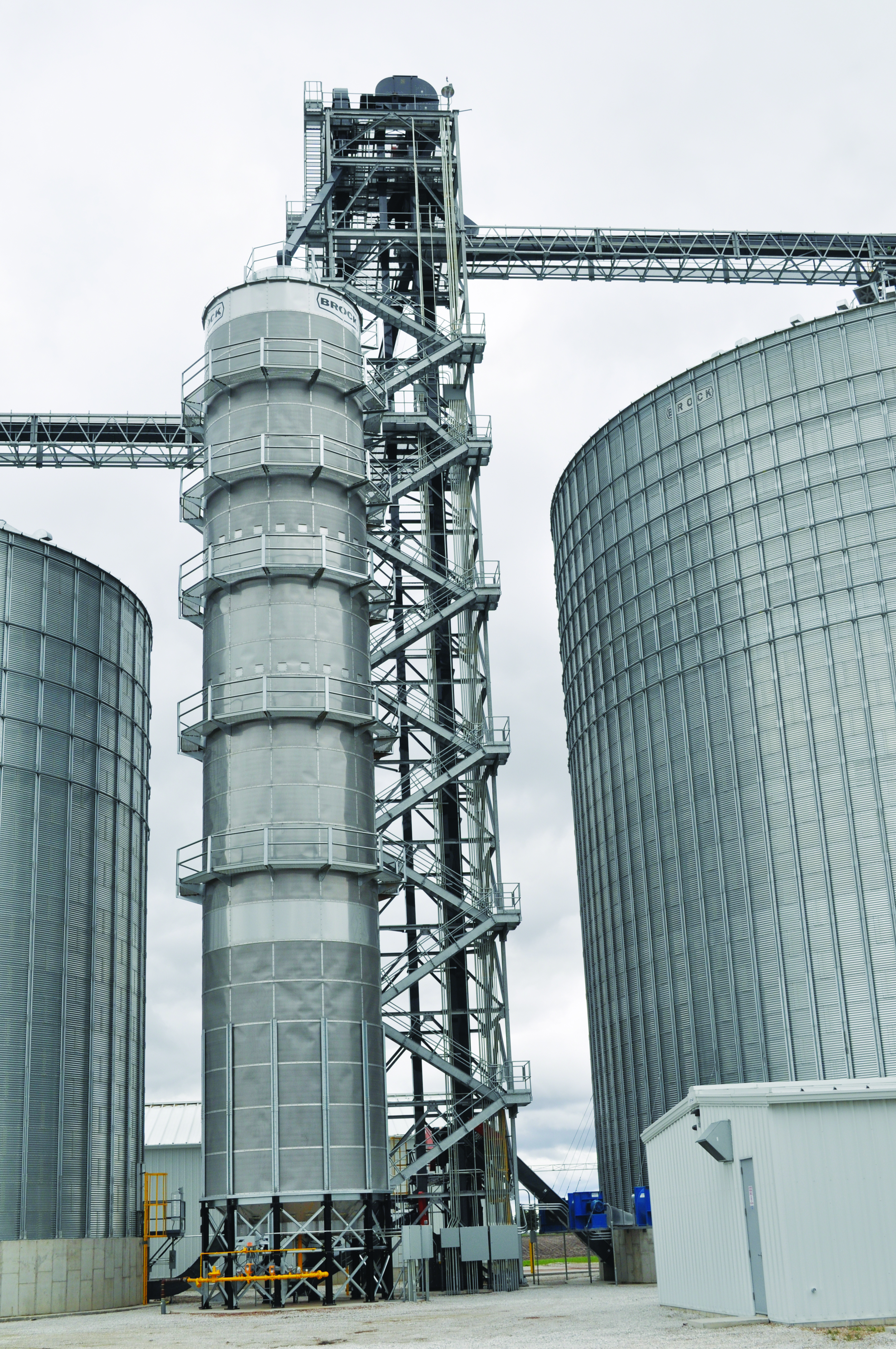