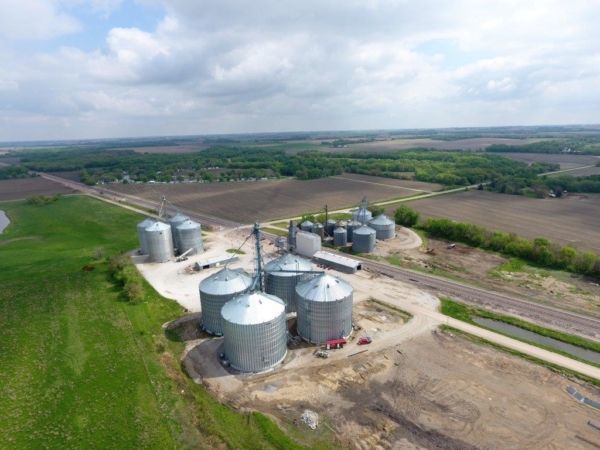 Year after year, Farmers Cooperative either is building a new grain elevator or adding onto its 65 grain locations around southeast Nebraska and northeast Kansas. That’s a deliberate strategy, says President and CEO Ron Velder,

“Our company policy is to build 2 million bushels of new storage every year,” he says. “If we need to, we’ll also tear down old storage to make room for the new. We try to focus on places where we’ve been having to store grain on the ground.”

For this article, Grain Journal is focusing on projects at three locations – Ruby, NE; Wilber, NE; and Virginia, NE. (A fourth location, Burchard, NE, will be featured in an upcoming issue.)

“Where we have a concrete facility, we prefer to stick with concrete, and McPherson Concrete is the only builder we use,” Velder notes. “We especially like concrete for its ability to stand up to our weather conditions, and with McPherson, we know they’ll get the job done on time.

“For the last five years, we’ve gone with Behlen for steel storage,” he continues. “We’ve had good luck with them, and they resist wind damage. Also, it helps to deal with a Nebraska company.”

Work on the three 2018 expansions featued in this article began late in 2017, and they were up and running by September 2018.

The new 400,000-bushel Behlen tank constructed here is the fourth tank completing a “four-pack” of similar tanks at this location, right off Interstate 80 between Lincoln and Seward (402-643-4501).

“We were putting 500,000 to c 600,000 bushels of corn on the ground at Ruby,” Velder comments. “We were hoping this new tank would eliminate that, but our crop this year in southeast Nebraska is so large that it probably won’t be enough.”

The new tank is roughly 90 feet in diameter and sands 66 feet tall at the eave and 92 feet tall at the peak. Its specifications include a flat aeration floor, outside stiffeners, a Bin Gator conveyor-type sweep, and an 18-cable Rolfes@Boone grain temperature monitoring system.

An overhead InterSystems 15,000-bph drag conveyor carries grain out to the new tank from the four-pack’s existing leg. The tank has two sidedraw spouts, and a Frisbie 5,000-bph screw auger takes the remaining grain back to the leg.

The elevator at Wilber (402-821-2351), about 30 miles southwest of Lincoln, is located in the middle of town but with plenty of room for expansion.

Some of that space now is taken up with a new roughly 619,000-bushel McPherson jumpform concrete tank standing 80 feet in diameter and 140 feet tall. The flat bottom tank is outfitted with 16 Rolfes@Boone temperature monitoring cables and Bin Gator conveyor-type sweep. A set of four 50-hp Airlanco centrifugal fans provide 1/8.6 cfm per bushel of aeration.

A 15,000-bph overhead Schlagel drag conveyor brings grain to the new tank from existing equipment. The tank has two sidedraw spouts and is emptied by a 5,000-bph Frisbie auger designed to load directly to trucks.

“We have no rail service at Wilber, so much of that grain gets trucked to rail loaders at Dorchester or Plymouth,” Velder says.

The new 403,000-bushel Behlen tank completed in September 2018 at Virginia (402-688-4252), near the southeast corner of Nebraska, is identical to the tank built in Ruby. The only difference affects the overhead 15,000-bph fill conveyor – since the tank had to be built at at distance from existing steel tanks, the conveyor is supported by a 118-foot Frisbie catgwalk and tower.

A fourth project at Burchard, NE, includes a 500,000-bushel McPherson concrete tank and 15,000-bph pit and leg constructed by HABCO Inc. It will be covered in an upcoming issue. 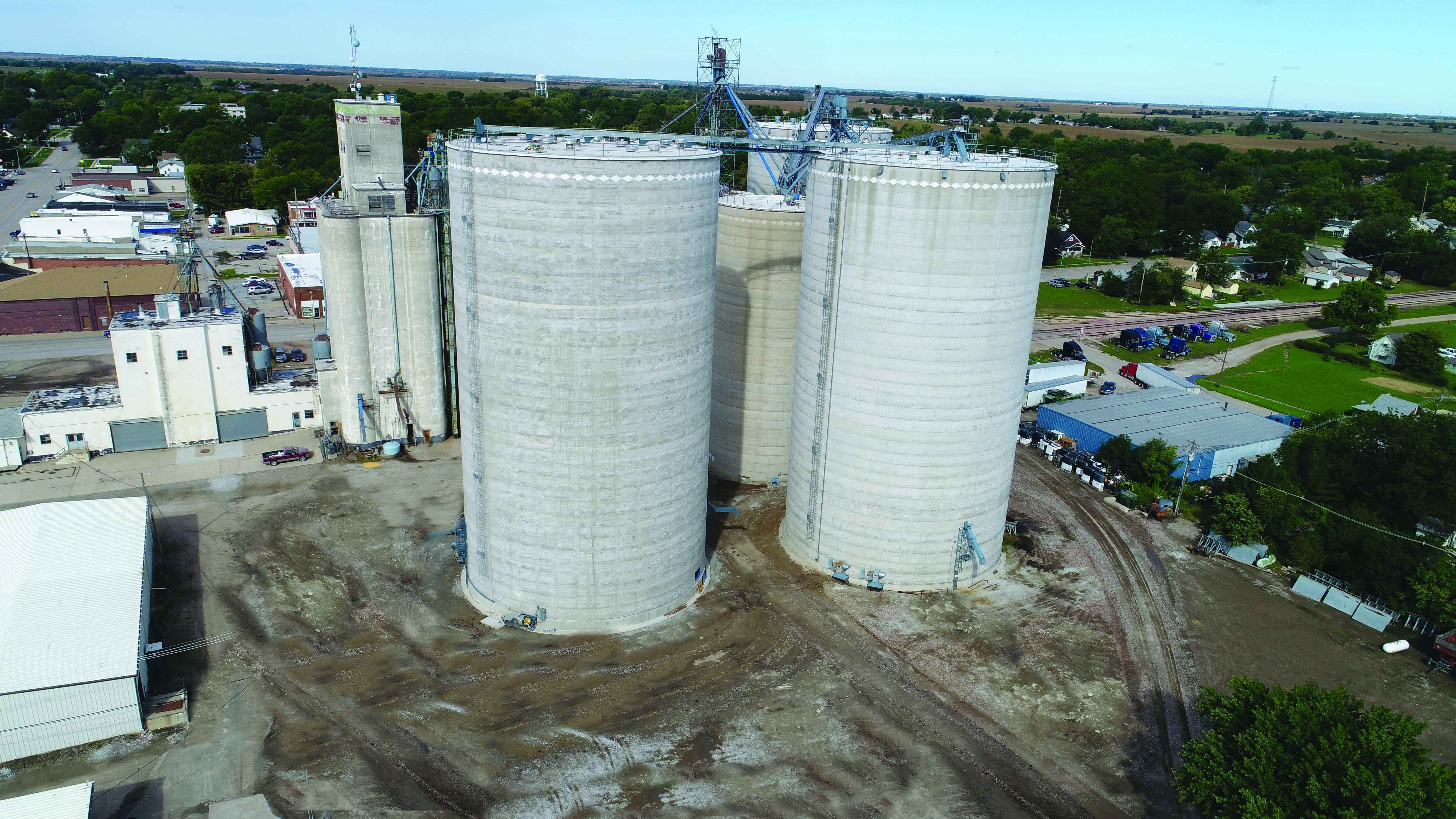 Suppliers for all three projects