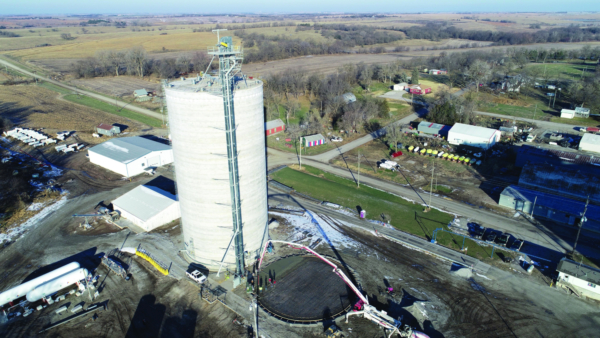 A fourth project was underway at the time, not unusual for a large regional cooperative with 65 locations throughout southeast Nebraska and northeast Kansas, but it wasn’t completed at the time Grain Journal visited the other three sites in August.

When the trade publication came back in mid-October, the construction of a new 510,000-bushel McPherson jumpform concrete tank and receiving pit and leg at the Burchard, NE elevator (402-865-4595) was completed, receiving grain, and the site was ready for another phase of construction.

“We knocked down a lot of flat storage to make room for this project,” says President and CEO Ron Velder. “We wanted to improve the ease of delivering and handling grain at Burchard.”

“HABCO has a track record after doing a lot of work for us, and almost all of our concrete consists of McPherson tanks,” Velder notes.

The cooperative’s original plan was to build corrugated steel tanks on the site at Burchard, Velder explains. However, soil conditions at the site, across State Highway 99 from the existing elevator, were problematic for building a heavy structure and would require a lot of pilings. With the cost of site preparation largely offsetting any cost advantage with steel, the coop decided to go with a concrete tank instead.

The McPherson tank itself stands 72 feet in diameter and 140 feet tall. The steel-reinforced concrete walls are 11 inches thick with a double mat of rebar.

Aeration is provided through flush-floor ducting by a set of four Airlanco 50-hp centrifugal fans at 1/10 cfm per bushel on corn and 1/9.3 cfm per bushel on soybeans. Seven roof exhausters assist with pulling air up through the tank.

Adjacent to the tank is a 950-bushel mechanical receiving pit. This feeds a 15,000-bph InterSystems receiving leg equipped with 18x8 Maxi-Lift Tiger-Tuff buckets on a 20-inch belt. This, in turn, deposits grain into a four-duct Hayes & Stolz rotary distributor. The leg is not encased by a tower but is, instead, securely bolted directly to the tank wall, eliminating the need for a support tower.

A spout running down from the distributor also can be used for truck loading.

Velder told Grain Journal early in November that work was about to begin on a second, identical jumpform tank at the site utilizing the same contractors. 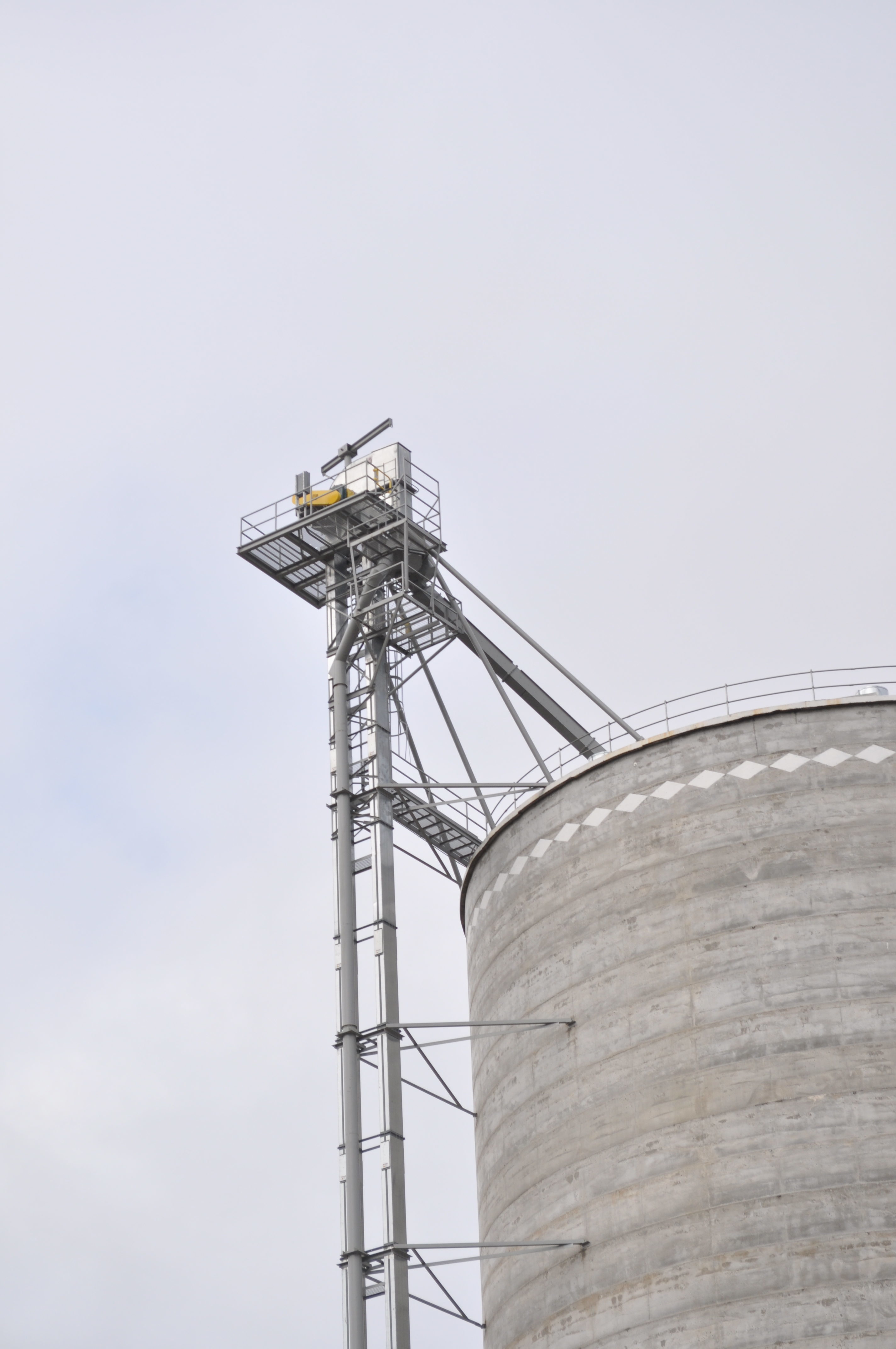