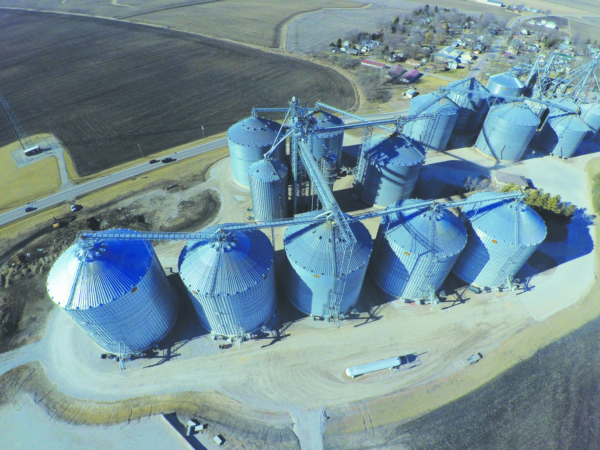 Varna, IL — As corn and soybean yields continue to grow, so will Farmers Cooperative Association in Varna, IL.

“As long as we remain profitable, we’re going to continue adding storage, because we know yields aren’t going down, and weather is having less of an impact,” says Junker, who has managed the northwest-Illinois coop for 27 years.

Junker mentions that he prefers steel storage to temporary storage, because “I’m a stickler for grain quality, and we just don’t have the manpower to maintain a pile like I would want to.

“If we have the money, we’re always going to choose steel storage – they’re fixed assets, and nowadays they last for 25 years,” he explains.

The $1.6 million contract was awarded to Grain Flo Inc., Heyworth, IL (800-842-4875), which has served as general contractor on every major project at the coop since Junker became general manager in 1989.

“They do great work, of course, but they also are always available for emergencies or repairs. I know I can call them at 2 a.m. during harvest and have someone out to help us.”

The new flat-bottom, outside-stiffened tank measures 105 feet in diameter, 98 feet tall at the eaves, and 126 feet tall at the peak. It is equipped with four Chicago Blower 60-hp centrifugal fans, as well as thirteen 2-hp roof exhaust fans, providing 1/8 cfm per bushel of aeration through 8-inch-thick recessed trenches beneath the tank floor.

“The spreader has been nice,” says Junker. “Our FM concentration has definitely decreased in a big way.”

The new tank is filled by an overhead 25,000-bph GSI belt conveyor that runs from an existing GSI 25,000-bph receiving leg, and the tank empties into a GSI 15,000-bph drag conveyor in a 5-foot-x-5-foot above-ground tunnel.

“This turned out to be a very easy project, and we’re awfully happy that we decided to do it. M.B.I. laid the foundation in mid-August, and it was finished by October in time for harvest,” he says.

Junker mentions that during a visit in February Grain Flo plotted space for three additional tanks, and that he expects to build at least one this summer. 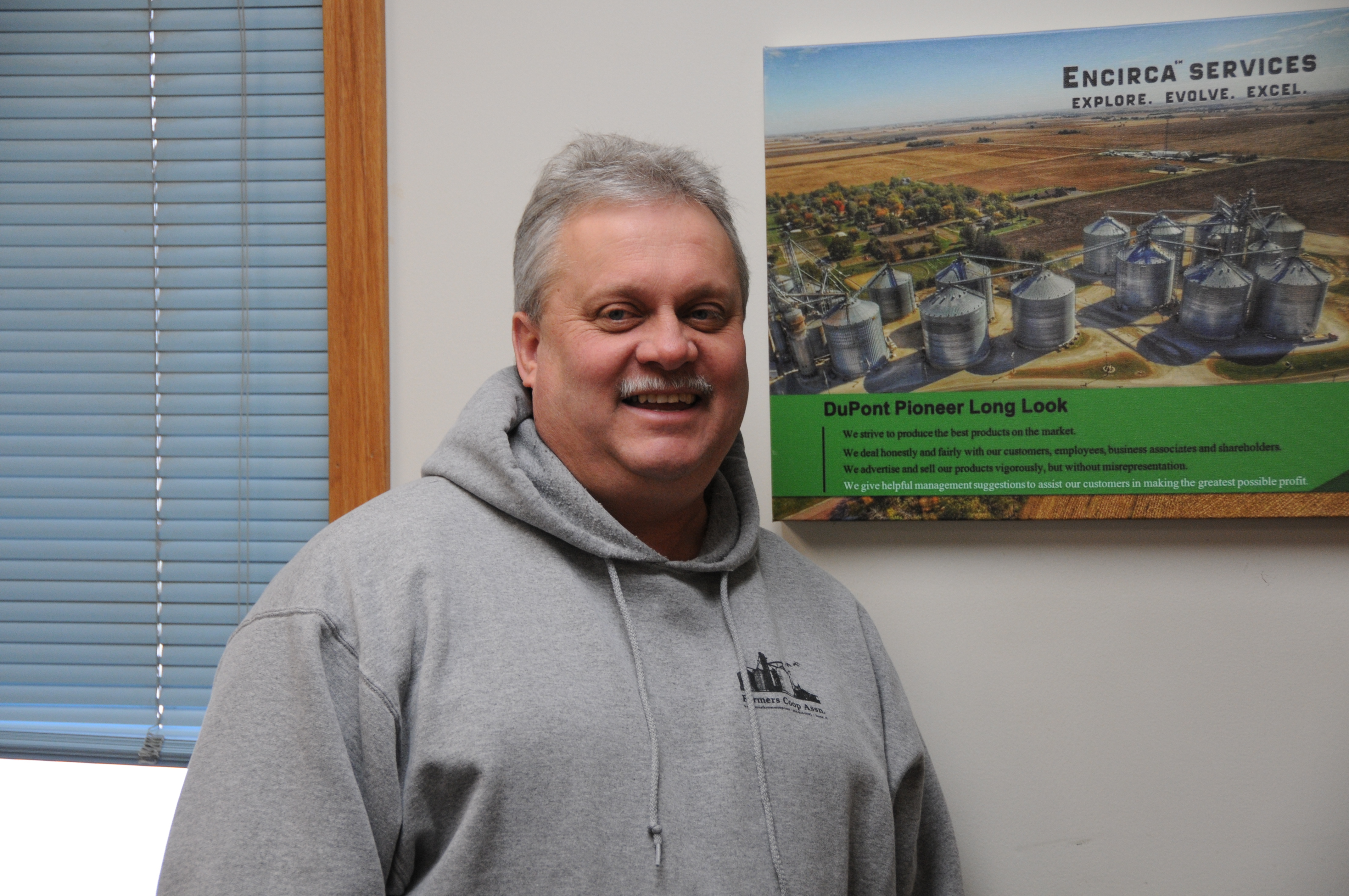 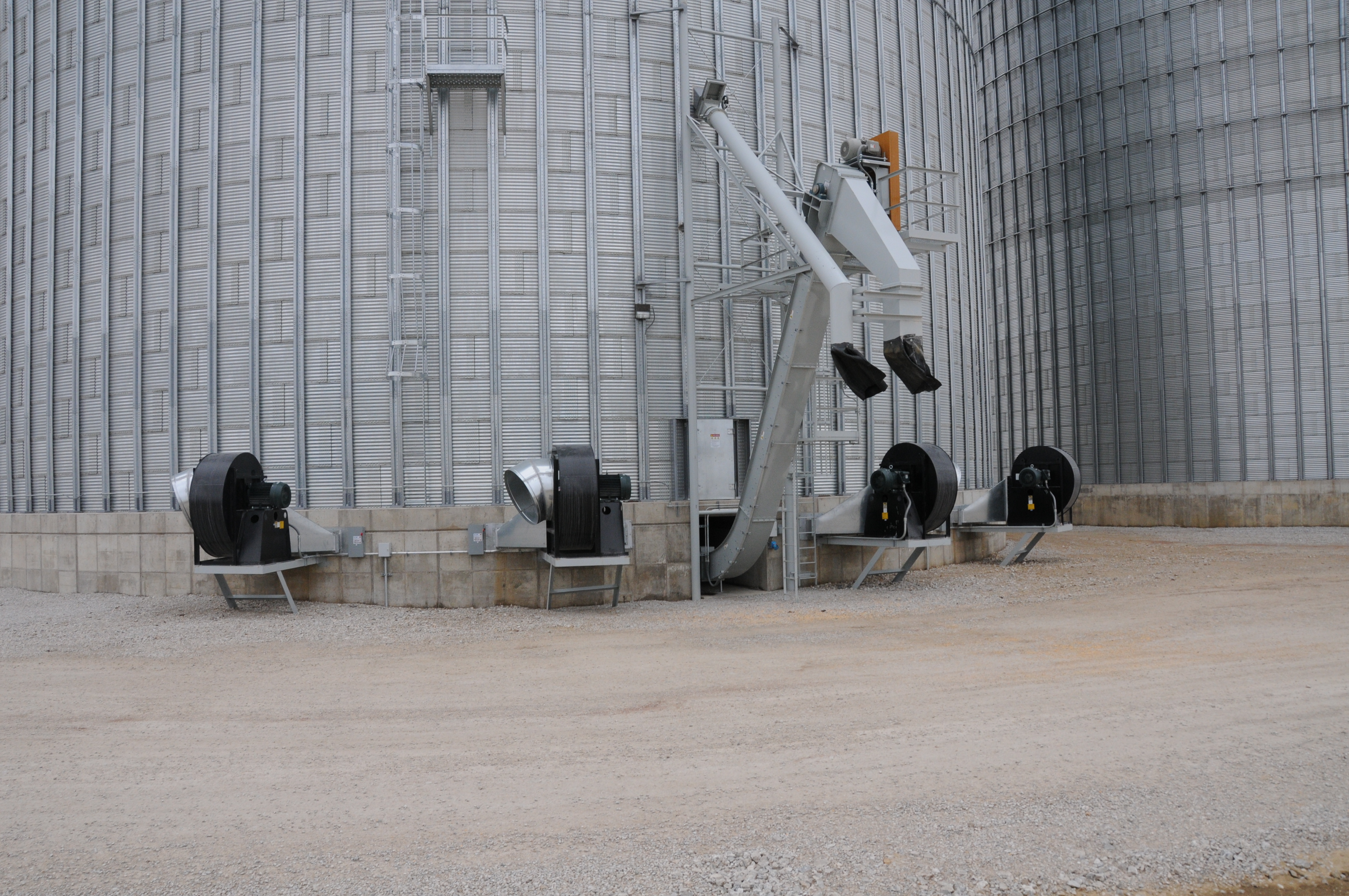