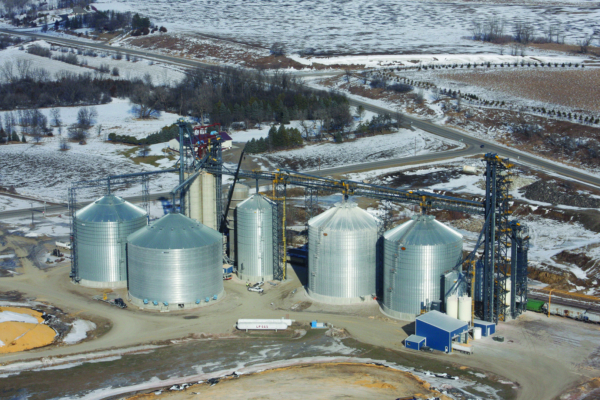 Farmers Coop Elevator Co.'s rail-loading terminal elevator in Montevideo, MN. The right half of the structure is all new construction

Montevideo, MN — In 2015 and 2016, when it came time for the Farmers Cooperative Elevator Co. board of directors to consider an expansion project, there was little doubt that it would be at the east elevator, one of two, at Montevideo, MN (320-269-6531).

“We have access to four Class I railroads and one large regional,” says Scott Dubbelde, general manager for the cooperative, which operates eight grain elevators around west central Minnesota. Dubbelde came to Farmers Coop 25 years ago from United Coop of Rushmore, MN.

The Class I railroads include the Burlington Northern Santa Fe, Union Pacific, Canadian National, and Canadian Pacific, which can take the coop’s grain to a variety of markets in the southeastern or southwestern states and Pacific Northwest, as well as to Mexico. The fifth railroad – the Twin City and Western – provides access to barge loaders on the Mississippi River.

Many of the design suggestions came from the bid winner, CEEC Inc., Wabasso, MN (507-342-2383). “They’ve done a lot of work for us,” Dubbelde says. “Chuck (CEEC CEO Charles Ricketts) had the vision to see us expanding the elevator to the east to accommodate shuttle trains rather than to the west, as we had originally thought.”

Also participating in the expansion:

Construction on the steel addition began in June 2015 and was completed by September for $19.4 million.

The flat bottom tanks have outside stiffeners, 10,000-bph Springland sweeps, and Control Stuff sonar-type level indicators but no grain temperature cables. Aeration is provided by four Rolfes@Boone 30-hp centrifugal fans and 11 roof exhausters at 1/11 cfm per bushel in each tank.

In addition to the big storage tanks, new storage includes two 27-foot-diameter, 25,000-bushel GSI hopper-type blending bins, and two 5,000-bushel Meridian tanks, one as a surge bin for truck loading and the other as a screenings bin.

From the scales, drivers proceed to a two-bay receiving shed, where they deposit grain into a pair of 1,000-bushel mechanical receiving pits. Each pit feeds a 20,000-bph S-M/Howell leg equipped with 20x8 Maxi-Lift HiPro buckets mounted on 22-inch belts. The legs are enclosed in a 20-foot-x-20-foot-x-218-foot Warrior support tower equipped with switchback stairs.

The legs deposit grain through 25,000-bph InterSystems gravity screeners into a 12-duct, 20-inch Schlagel double distributor rotary set, which in turn deposits grain onto 20,000-bph S-M/Howell overhead drag conveyors running out to storage. An additional 20,000-bph drag carries grain back to the older sections of the elevator.

“Chuck (Ricketts) designed the elevator so that grain can be moved from any one point to any other point anywhere in the facility,” Dubbelde comments.

Grain from the shipping leg runs through an InterSystems 40,000-bph gravity screener with a 60,000-bph bypass into an 80,000-bph C&A Scale bulkweigher equipped with oneWeigh™ controls from Cultura Technologies. During rail loading operations, workers atop railcars are protected by an 800-foot trolley system from Fall Protection Systems.

“Everything has been running great,” Dubbelde says, noting that crews have loaded shuttles in nine hours or less, as well as smaller trains bound for an ethanol plant in nearby Granite Falls, MN.

Future plans are still nebulous, he adds, but the coop is looking into the possibility of building a fertilizer plant at the Montevideo site. 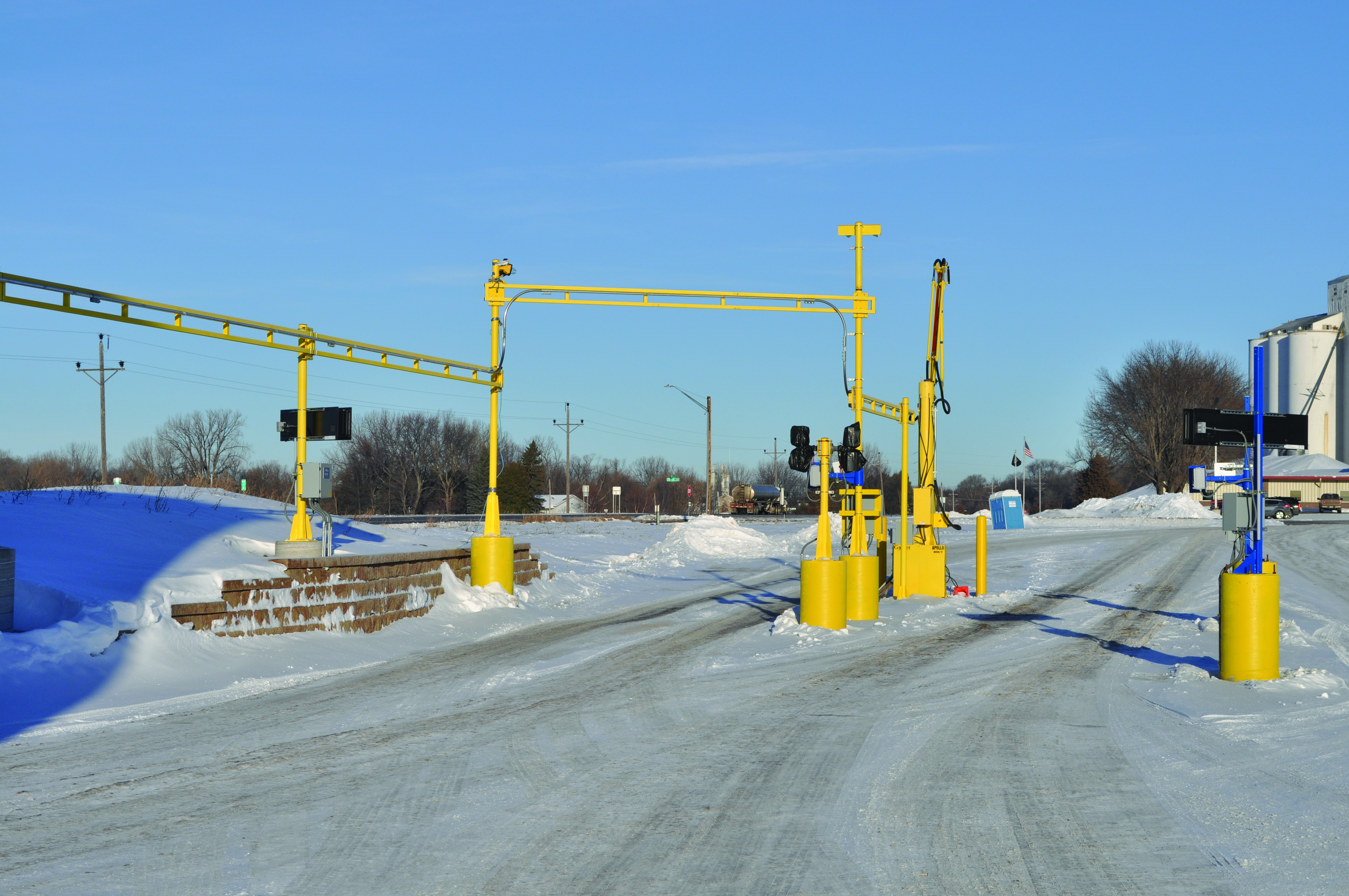