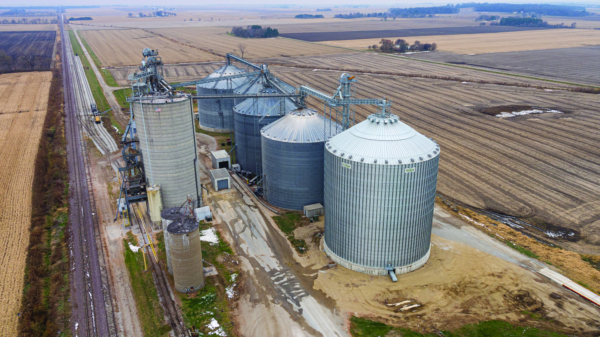 With the U.S. 136 and Illinois 29 highways meeting nearby and the capability of loading unit trains on the Union Pacific, Allen Station’s central location among the coop’s seven facilities is ideally suited for bigger plans, according to James Richardson, the coop’s network operations manager.

“In the past, we were trucking corn away from here, and now we’re transferring in a lot of corn from other locations,” Richardson says. “We’re trying to operate this location as a true terminal, with our other six locations being satellite sites and all the grain funneling through here.”

Encompass operates semi-trucks at all locations and also can load trains at both Allen Station and Delavan. The 110-car shuttle loader at Allen Station sends corn to feed markets in the South and also exports grain to Mexico on the Union Pacific. Richardson says Encompass hopes eventually to load up to 40 trains a year through Allen Station.

Encompass was founded in 2015 with the merger of Farmers Grain and Coal Company and Taloma Farmers Grain Company. Allen Station is located roughly in the center of the cooperative’s service area, which also includes elevators in Brownwood, Delavan, Greenview, Mason City, New Holland, and Teheran.

Grain Flo Inc. (309- 473-2512), out of nearby Heyworth, IL, was chosen as the contractor for the $3 million project. Grain Flo previously built everything on the site, which originally was constructed in 1990, except the concrete tank, Richardson says.

A Y-valve drops grain onto 25,000-bph overhead GSI enclosed belt conveyors either running to the new tank or back to existing storage c and equipment.

The new 105-foot tank stands 99 feet tall at the eave and 127 feet tall at the peak. Temperatures in the tank are monitored by a Rolfes@Boone 24-cable system, and aeration is handled by four 60-hp Chicago Blower centrifugal fans delivering 1/8 cfm per bushel on coarse grains. A zero-entry Daay paddle sweep cleans out the grain. The tank empties onto another 25,000-bph GSI belt conveyor in an above-ground tunnel.

In addition to the tank, a new 70-foot-x-12-foot Fairbanks pitless outbound scale was installed to improve the flow of trucks through the facility.

“We wanted to keep that (truck) flow going,” says General Manager Kris Roberts. “No. 1, we have the dumping capacity now. No. 2, we can load out on rail, so we can move a lot of the trucks really quickly. Now we can actually transfer grain in and not disrupt the truck line.”

The project’s aim, he explains, was to add storage with an integrated system that could plug into additional new storage as needed.

“With the trend line growth you see in production, in theory as a company, we have to build a 105-foot tank every other year just to keep up across our seven facilities,” Roberts says.

According to Roberts, what came out of a need for loading trains and receiving grain at the same time revealed an opportunity to transform a country elevator into a centralized terminal.

“We just didn’t know it until we were forced to see it,” Roberts says. 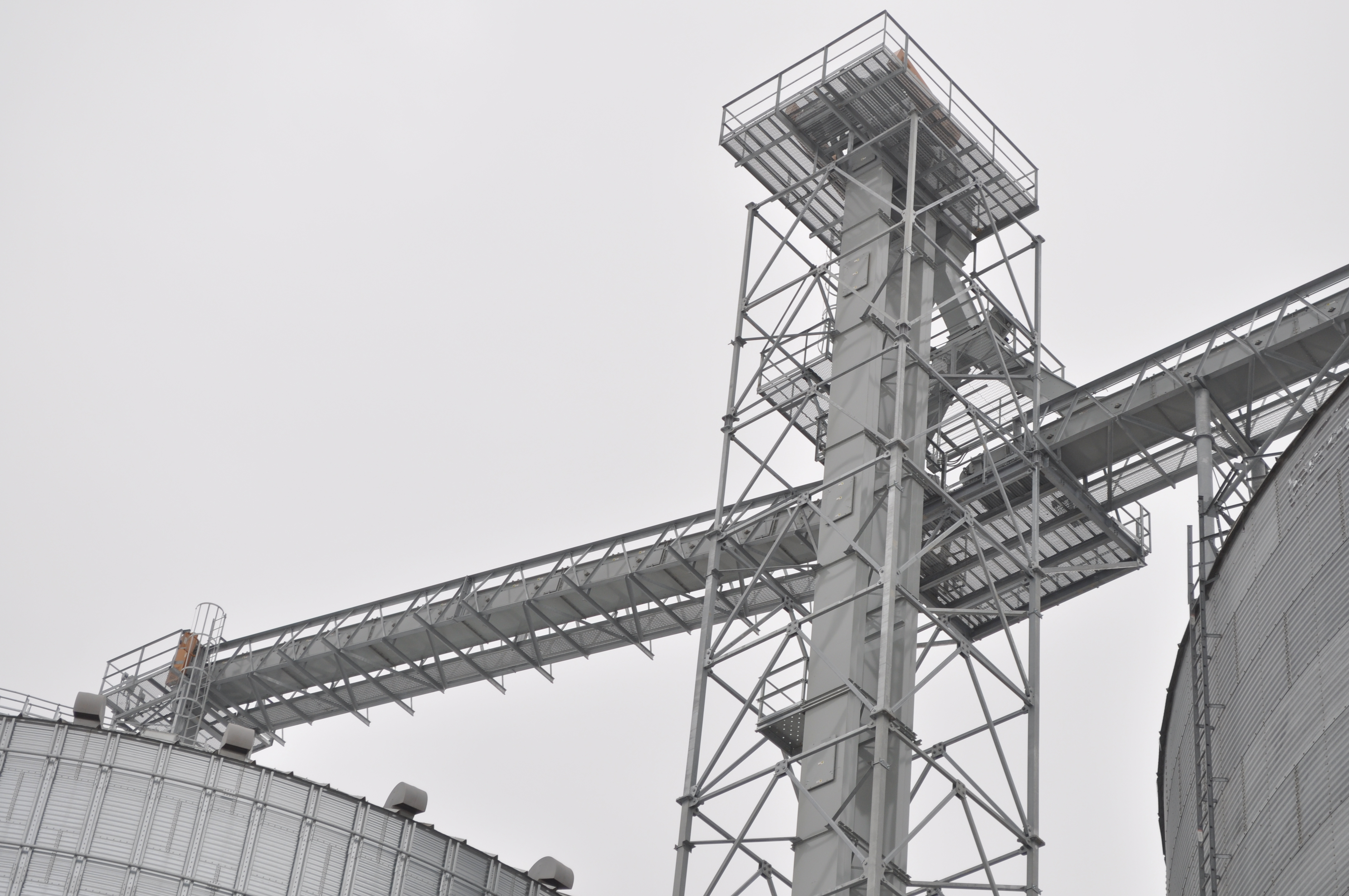 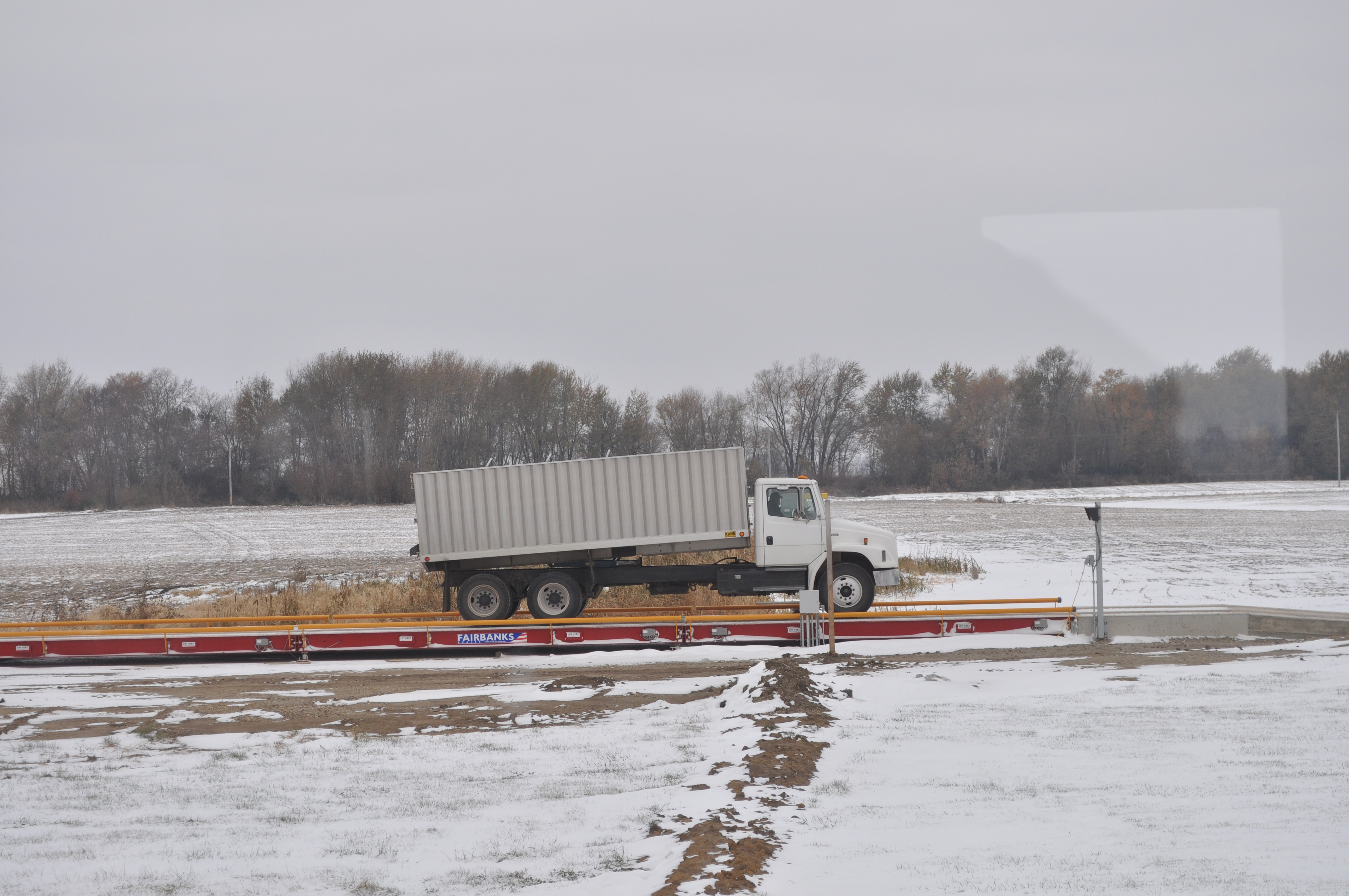