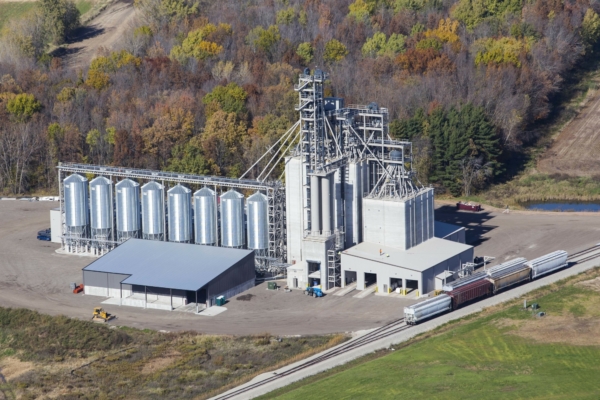 WRIGHTSTOWN, Wis. - Valders, WI-based CP Feeds LLC had a choice to make over growing its dairy feed milling business. The privately-held company could try to expand its territory over a wider swath of northeast Wisconsin, or it could try to capture a bigger market share close to home.

After some study, the Purina dealer chose the latter course, says CP Feeds President and General Manager Jim Loefer. (Loefer has been with CP Feeds for 18 years and also farms cash crops in the Valders area.

“We were at capacity at our mill in Valders at 1,100 tpd,” says Loefer. “We were running 24 hours a day for 5-1/2 days a week. We had a hard time growing, and Purina Mills was doing toll milling for us at their mills in Little Chute (WI) and Fond du Lac (WI). We were also concerned about having everything in one location – a single disaster such as a tornado, and we’d be out of business.”

CP Feeds in 2017 hired LOL’s strategic planning group surveying the feed market. Through that study, the company determined that expanding to the west would be challenging due to five new feed mills that had gone into production in that direction.

Alternatively, the study revealed an opportunity to expand CP Feeds’ customer base within 30 miles by adding a second feed mill closer to home. CP Feeds decided to build its second mill on a site north of Wrightstown, WI (800-277-4465), adjacent to a Country Visions fertilizer plant. The site is served by the Canadian National Railway (formerly Wisconsin Central).

To construct the new mill, with a projected capacity of 2,400 tpd, CP Feeds selected ASI Industrial, Billings, MT (406-245-6231), as design-build contractor. “We liked the layout and the option for concrete that they brought us in the bid,” says Loefer. “And the price was reasonable for a structure projected to last 100 years.”

Construction of the $20 million mill broke ground in the fall of 2016, and it began producing feed on Sept. 1, 2018. Unfavorable weather and challenging soil conditions lengthened the construction project. Ultimately, the mill’s slipform concrete structure required the installation of 300 auger-cast pilings 12 inches in diameter and 50 feet deep.

Manufacturing operations throughout the Wrightstown mill are under the control of a WEM4000 automation system.

According to Loefer, the mill is set up to receive whole grain, mostly grown locally, at 7,500 bph through two truck and one rail receiving pits. Trucks generally bring corn, while canola, bicarb, corn gluten feed, and flaxseed arrive by rail.

Whole grains plus gluten feed usually are sent to a row of eight Brock steel hopper tanks, four rated at 15,000 bushels and four at 16,000. Certain ingredients, primarily cottonseed, are delivered to a separate flat storage building.

Corn is ground at 36-tph on an RMS roller mill. A used hammermill from another location is available to grind lower-volume ingredients.

The main concrete structure of the mill includes 58 ingredient bins with a total capacity of 148,500 bushels and 34 loadout bins holding 55,770 bushels in total.

Feed is not pelleted at Wrightstown, but there is space to add that capability as needed.

Feed trucks are loaded manually while parked on Rice Lake scales through a set of seven stationary spouts in an average of five to seven minutes per truck. 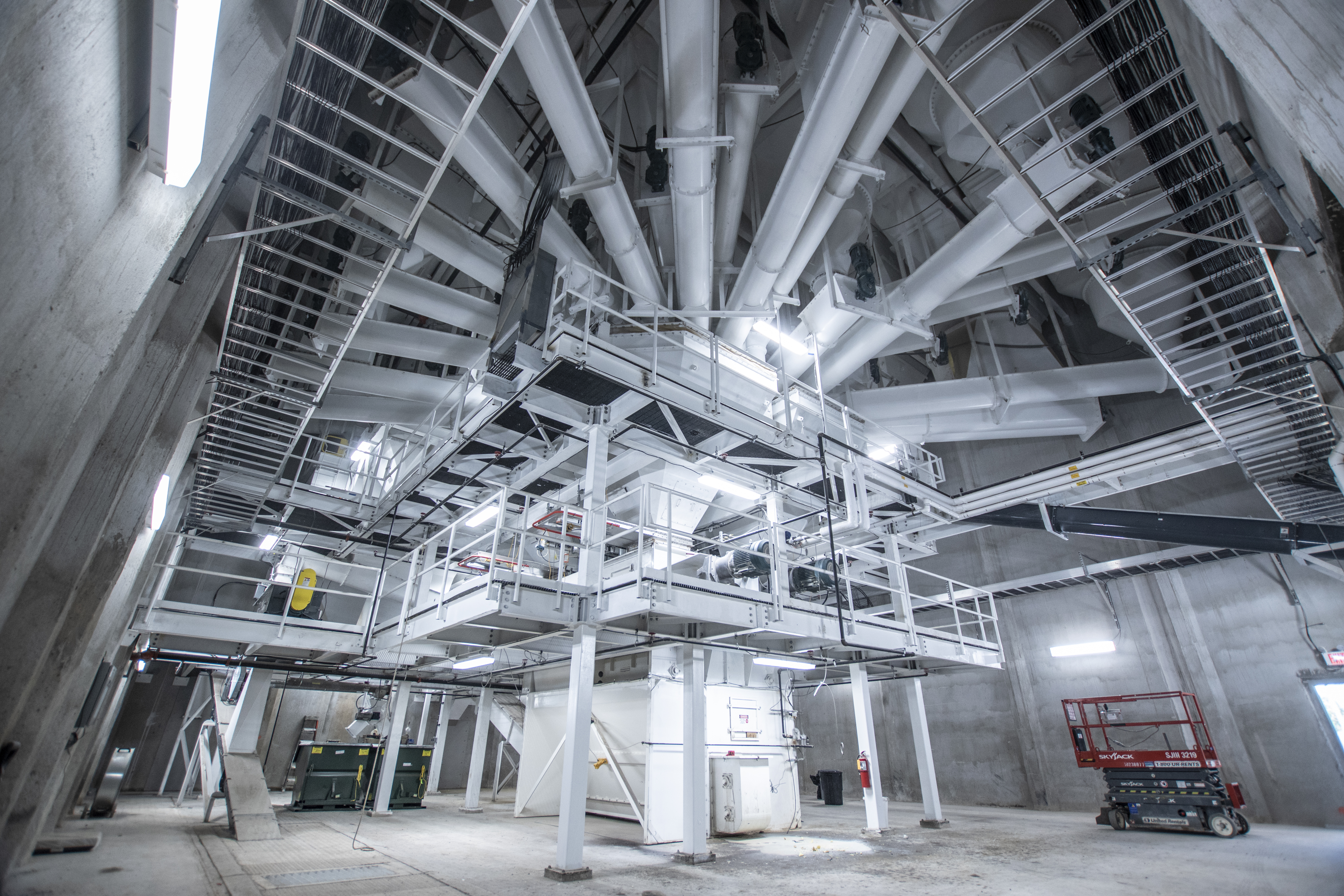