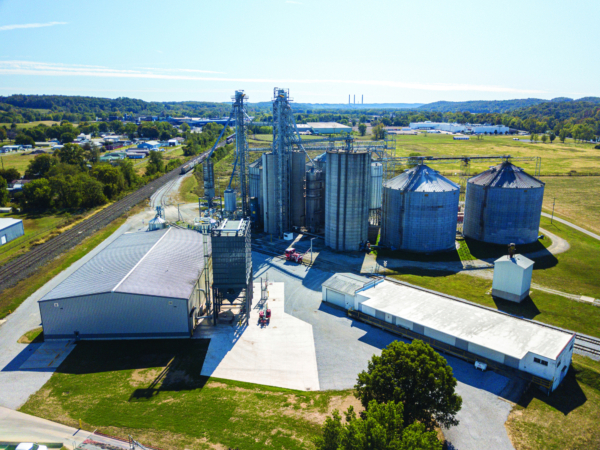 Coshocton, OH — For decades, the former Coshocton Grain Co. in Coshocton, OH operated what was described as “the only rail grain terminal elevator between Columbus, OH and Pittsburgh, PA.”

Serving a wide swath of east central Ohio, the 2-million-bushel Coshocton Grain elevator loaded soybeans and corn onto unit trains on the Genesee & Wyoming short-line railroad. Genesee & Wyoming, in turn, connected to the two big eastern Class I railroads, CSX Transportation in Newark, OH, and the Norfolk Southern in Columbus.

It was a good business, but things began to change after 2012, when the railroads began dialing up their freight rates, says President and CEO Rhoda Crown, who has been with the privately held corporation for 35 years, the last 20 as its chief executive officer.

“The additional freight charged was 14 cents per bushel, which forced us out of the bean market in our area,” Crown says. “At that time, we recently had purchased a grain company in eastern Illinois and subsequently sold it in 2016. We also had an unfortunate explosion in 2014 at Coshocton and rebuilt the facility in 2015.

“While all these changes in our business were happening, the local ethanol market was continuing to consume the majority of the corn grown in our draw area. So, we like to use the phrase, ‘If you don’t like the wind, change your sail.’

“That’s what we did by building this plant. Now we will be a competitive market for our bean producers, and the new direction of our company is good for our employees and shareholders as well.”

The company, a C corporation with 31 investors, mostly local, and a seven-member board of directors, hoped to provide its farmers with an improved basis level, as much as 30 cents.

Finally, Crown and Operations Manager Ron Warnock took a proposal to the board of directors in March 2018 to transform the company into Coshocton Soy Processing, with a plant capable of producing 12,500 tpy of unrefined soybean oil and 81,000 tpy of 45-47% soybean meal. The board approved the proposal in August 2018, and ground broke on the new plant Jan. 2, 2019. The plant was completed for production by the end of July 2019.

When Grain Journal visited Coshocton in August 2019, the plant had begun startup before the 2019 harvest would get going. (Coshocton Soy remains in the grain handling and merchandising business for corn, working out of the existing elevator.)

“Insta-Pro has been in business for more than 50 years,” says Crown. “They provided outstanding customer support. The week of commissioning, they sent five people for that and for training. Other suppliers sent representatives, too. The service was excellent.”

Coshocton Soy served as its own contractor on the project, using a design created by Ron Warnock, who has been operations manager for 18 years after serving as general manager for a John Deere farm equipment dealership.

Subcontracting on the project:

Soybeans are stored at the grain elevator until the plant is ready for them. From there, they travel to the processing plant via an overhead Custom Ag 5,000-bph drag conveyor and run through a BM&M cleaner. From there, beans are sent either direct to dry storage or to a Brock Super B grain dryer rated at 1,000-bph.

“We want our soybeans at 9-11% moisture at the start of processing,” says Warnock. “If necessary, we also have a 3,500-bph Sukup tower dryer at the elevator.”

Soybeans are brought into the plant via a series of Chain-Vey tube conveyors. Prior to processing, they are run through a Bliss hammermill, then go to pre-processing Meridian storage bins on weigh cells.

The conveyor system feeds crushed soybeans into a set of four side-by-side Insta-Pro extruders. Inside the extruders, the bean mash is heated to 320 degrees F under pressure, which ruptures the soybean cell walls and deactivates antinutrients, before it is extruded into six Insta-Pro oil presses.

The presses are able to extract a majority of the oil from the meal cake, and the two go into separate streams.

The 45-47% soy meal goes to a Scott cake crusher, then a Bliss counterflow cooler, and then to another Bliss hammermill for final crushing. This hammermill is connected to a weigh hopper for determining loading weight. Meal ready for shipment is placed in eight Lowry steel loadout bins holding 110 tons each.

Crown says finished meal is trucked to end users within a 75-mile radius of Coshocton.

Pressed oil, in the meantime, is pumped through stainless steel piping produced by Griffith Stainless Welding to an Alfa Laval decanter to remove solids and foreign material. From there, oil is sent to six 21,000-gallon stainless steel tanks standing 12 feet in diameter and 25 feet tall. The tank farm is located within the processing building inside a brick containment. Blending equipment was built into the tanks, Warnock says, because once the tanks were enclosed by the building, there would be no way to make alterations to them.

Warnock says the company opted for the relatively expensive stainless steel handling equipment in anticipation of additional refining steps being added at the plant at some point in the future.

Oil is loaded onto standard tanker trucks through a SafeRack truck loading system.

Coshocton Soy Processing’s sole customer for oil is Hero Biofuels, a biodiesel producer in Erie, PA, which currently does the additional refining steps.

“We’re proud to say that 90% of the equipment in our plant is American-made,” Crown says. “The only major piece of equipment that was foreign-produced was the Alfa Laval decanter. We could have bought cheaper but not better, and we couldn’t have received as good of support.” 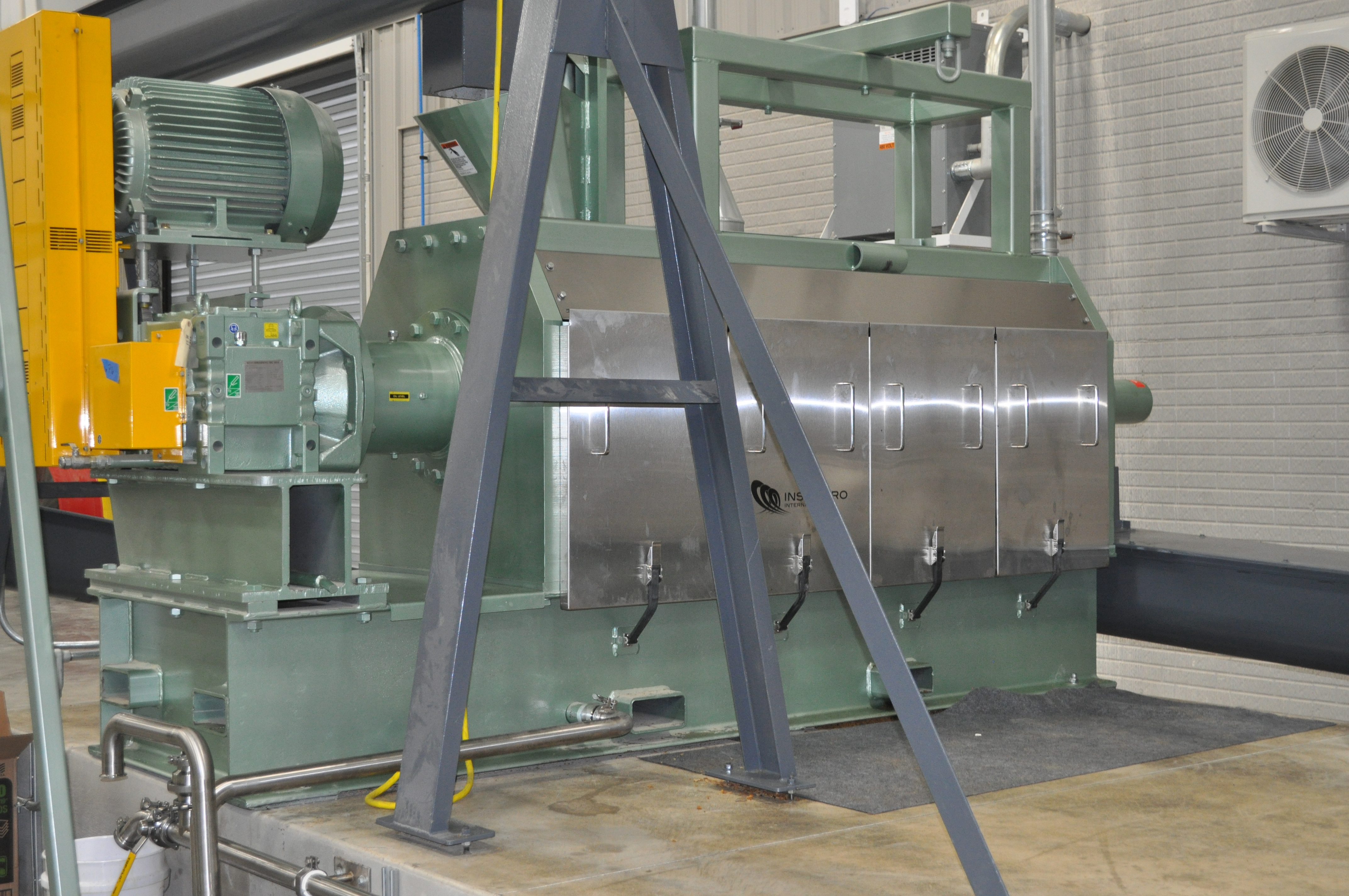 Insta-Pro oil press (above) is set up to remove oil from extruded soy meal cake.

Transforms its Business Into Soy Processing