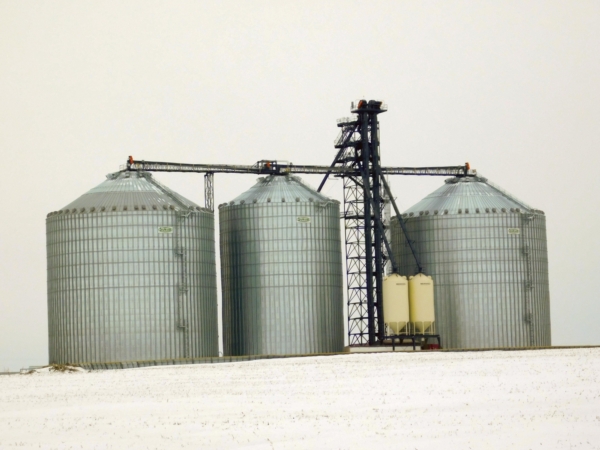 Linn, KS — When the regional cooperative Central Valley Ag acquired the former Farmway Cooperative in north central Kansas in 2017, the deal came with roughly a half-dozen country elevators that were needing renovation.

“Some of these elevators were dating back to the 1950s,” says Wes O’Bannon, Area 3 vice president-operations covering all Central Valley facilities in Kansas. (O’Bannon has been with Central Valley since the merger and is a 28-year veteran of the cooperative system.) “All of them still have good upright storage, but we were dumping at 5,000 bph at some locations.”

Instead of doing all of those renovations, Central Valley decided it would get better return on investment by building a brand new elevator at a place along State Highway 15 known locally as “The Junction,” a few miles from the town of Linn, KS (785-747-4135). The older facilities around The Junction will be run differently going forward and filled only when markets and space dictates.

Central Valley purchased a 40-acre site along the highway from a local farmer. The coop then engaged J&D Construction Inc., Montevideo, MN (320-226-2336) to serve as general contractor, millwright, and primary engineer on the turnkey project for an undisclosed sum.

O’Bannon notes that Central Valley has developed a close relationship with J&D through a series of projects in the northern part of the cooperative’s territory in parts of Nebraska and Iowa.

In addition to J&D:

The central part of Kansas saw historically wet weather during 2018. Despite that, the crew from J&D was able to complete construction – starting April 5 with excavation and finishing Sept. 26.

Soil type was a potential challenge, but Central Valley quickly determined that it would not be necessary to put down pilings or geopiers. For most of the site, the crew had to excavate only 12 feet deep – the receiving pits, by contrast, go down 18 feet.

Another challenge was a nearby local general aviation airport serving Washington, KS. Working with the Federal Aviation Administration (FAA), the parties determined that the bucket elevators could not exceed 186 feet in height, and a standard red light must be hung on it. That, in turn, limited the capacity of some of the tanks.

Upright storage at The Junction consists of two large 105-foot-diameter Sukup corrugated tanks, one 78-foot, and one 48-foot.

The two big tanks, currently dedicated to soybeans, hold 764,000 bushels each standing 95-1/2 feet tall at the eaves and 124 feet tall at the peaks. They have outside stiffeners, 14-inch Springland bin sweeps, 24-cable TSGC SafeTrack wireless grain volume and temperature monitoring systems, Bindicator level monitors, and a set of four Sukup 50-hp centrifugal fans. The upright tanks are calibrated to provide 1/8 cfm per bushel.

The middle-sized tank, rated at 441,500 bushels capacity, is 78 feet in diameter, 102 feet tall at the eave, and 123 feet tall at the peak. It currently holds corn. It is outfitted similarly to the two big tanks, with 14 wireless and volume temperature cables and four 40-hp fans.

The 48-foot tank, rated at 124,000 bushels, is used mainly for segregating grains and the same dimensions as the 78-foot tank. It has six wireless and volume temperature cables, two 30-hp aeration fans, and unlike the larger tanks, is equipped with a Daay paddle sweep.

Incoming grain trucks are sampled with a Union Iron truck probe and weighed on a pair of B-Tek 80-foot inbound and outbound truck scales installed by Salina Scales & Service. The scales are under the control of a one-WeighTM scale automation system, installed by C&A Scale Service. The system includes an RF tag reader, outdoor message boards, intercoms, and printers. The grain grading lab in the nearby facility office building includes a DICKEY-john GAC® 2500-UGMA grain analysis computer and a Mid-Continent MCi Kicker dockage tester.

Drivers are routed to one of two 1,200-bushel mechanical receiving pits. These feed a pair of Schlagel 20,000-bph legs outfitted with a single row of Tapco heavy-duty 20x8 buckets mounted on a 22-inch Continental belt. The legs are enclosed in a LeMar 20-foot-x-20-foot support tower with switchback stairs.

The legs deposit grain into a Schlagel eight-duct swing-type double distributor, which in turn, deposits grain onto Schlagel 20,000-bph drag conveyors running out to storage.

Tanks empty onto 10,000-bph Schlagel drags in below-ground tunnels that run back to the receiving legs. The distributor can send grain via gravity spout to a pair of overhead 5,000-bushel Meridian surge tanks for loading trucks.

O’Bannon notes that the property includes enough space to add one more 105-foot-diameter tank and a grain dryer if needed. 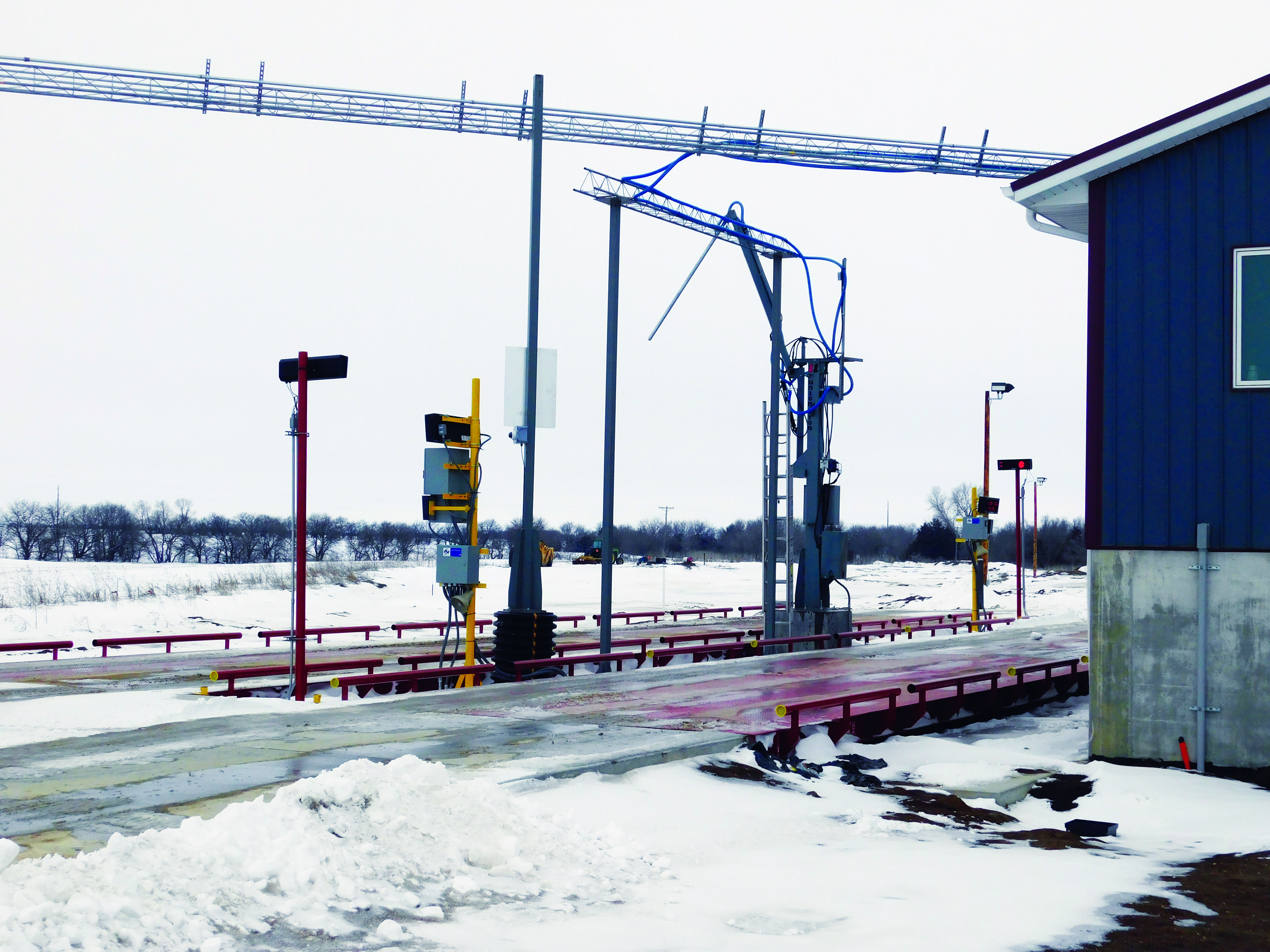