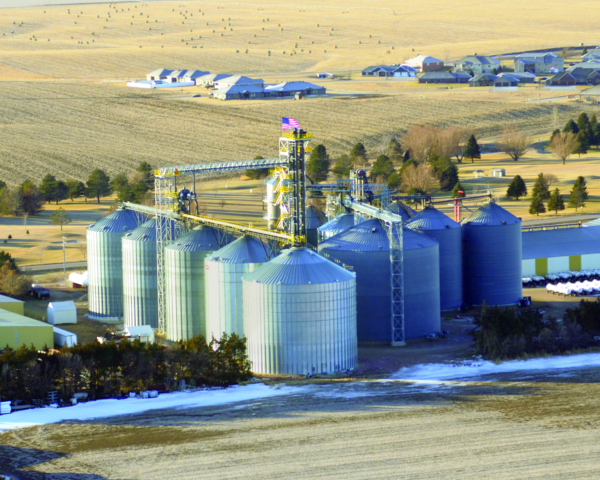 “It was in the evening, and no one was there at the time,” says Location Manager Michael Bayer, who has been at Humphrey since 2008, the last five years in his present position. “There were no reports of a tornado, but the straight line winds were at least 80 mph.”

The elevator was insured, though CVA is keeping the loss figure private. Of more immediate concern was a looming harvest and the need for more upright storage space to put it.

Little time to rebuild before harvest

With very little time to go, CVA contacted EBM Construction Inc., just a few miles down the road in Norfolk, NE (402-371-2945). “They were able to set us up with a single tank for incoming corn.”

An existing 10,000-bph Warrior overhead drag conveyor was extended out to the new tank. The tank empties onto another 10,000-bph drag in a below-ground tunnel.

In the meantime, CVA sought bids on a more extensive project involving a larger storage tank, a smaller wet tank, leg, and dryer. The company awarded that job, for an undisclosed sum, to J & D Construction Inc., Montevideo, MN (800-279-6447). J & D has done extensive work with CVA on other projects.

Also Involved at the Humphrey Location:

Work began after the 2018 harvest, and the project was completed prior to the 2019 harvest.

The wet tank, also from Behlen, stands approximately 49 feet in diameter, 62-1/2 feet tall at the eave, and 75 feet tall at the peak and holds 108,000 bushels. It is oufitted similarly to the larger tank, except for a seven-cable TSGC system, and only two 10-hp AGI Airlanco centrifugal fans provide 1/6.8 cfm per bushel of aeration on coarse grains.

All of this is enclosed in a LeMar 14-foot-x-14-foot-x-140-foot support tower with switchback stairs. The stairs were designed by J & D to connect to catwalks allowing workers to reach every bin top easily.

The Behlen tanks empty onto 10,000-bph Schlagel drag conveyors, an above-ground tunnel from the wet tank and below-ground from the bigger tank.

The project also includes a 4,750-bph propane-fired Zimmerman tower dryer, replacing a 3,500-bph dryer that was lost. After grain is dried, it is sent back to the rest of the elevator by a 7,500-bph Schlagel dry leg. 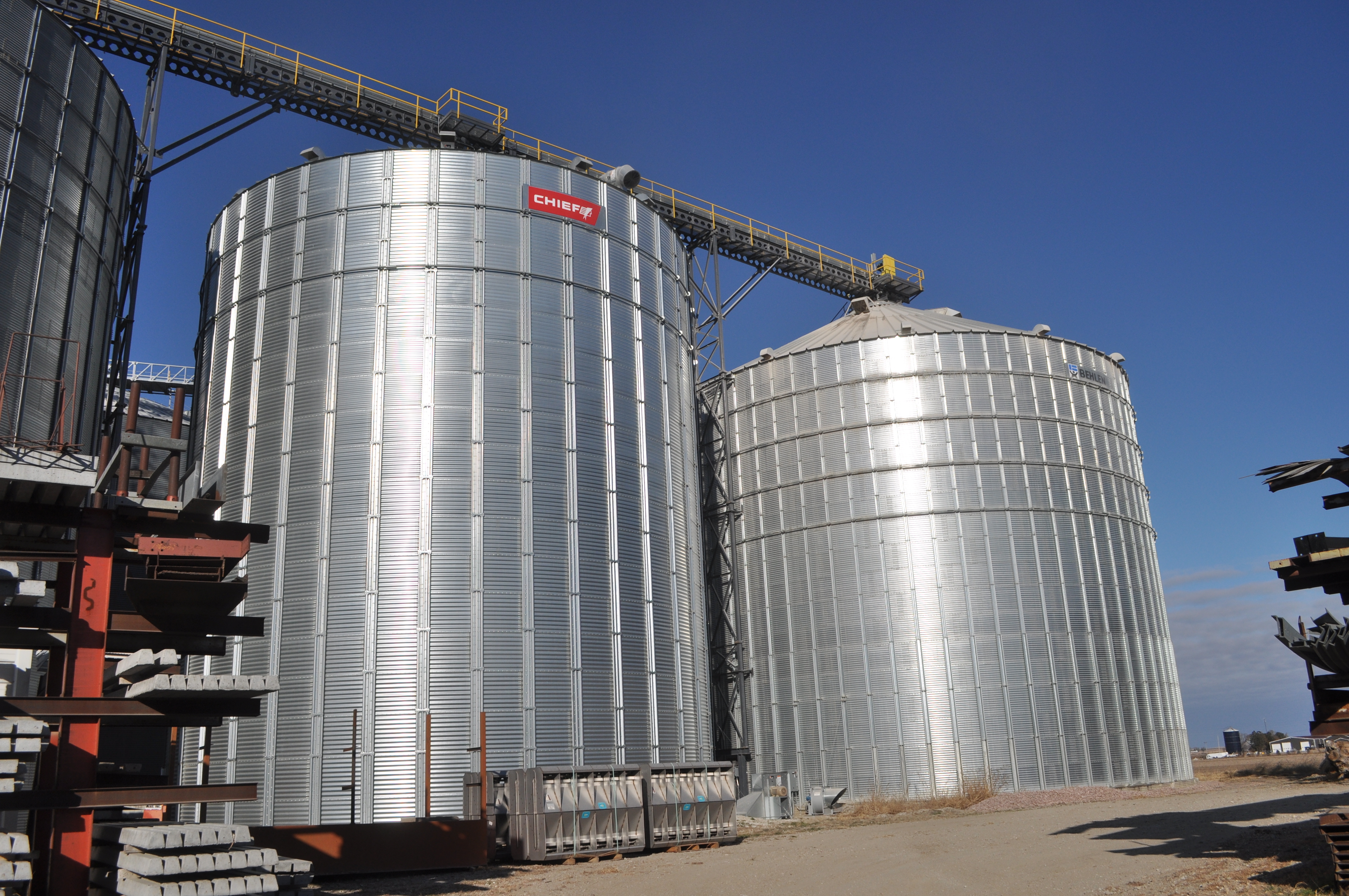