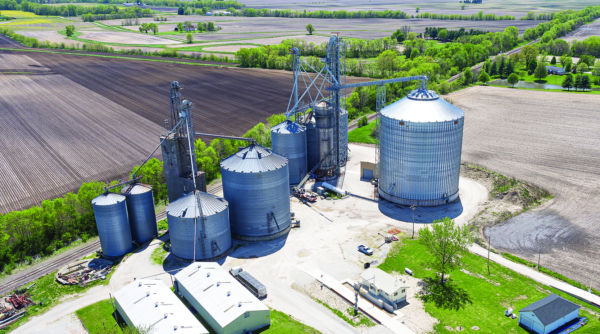 Westervelt, IL — When a cooperative branch elevator runs out of storage space, the solution usually is simple – build more.

But more needed to be done, says General Manager Randall L. Sexton, who joined the cooperative in 2011. Truck traffic spilled out onto village streets during the harvest rush. Beyond that, the coop board felt a need to provide for future expansions. So in addition to the new tank, the coop:

Project construction was done in phases beginning in June 2018 and completed in September 2019 for an undisclosed sum.

The 788,000-bushel GSI tank stands 105 feet in diameter, nearly 99 feet at the eave, and 127 feet tall at the peak. The flat-bottom tank has outside stiffeners and a 24-cable Rolfes@Boone grain temperature monitoring system. Sexton particularly likes this system’s radio transmission of data to the facility’s office computers without having to leave your desk. “We have this system at our elevators in Assumption and Pana, too,” he says.

A set of four 60-hp Chicago Blower centrifugal fans from Decatur Aeration provide between 1/8 and 1/7 cfm per bushel of aeration through in-floor ducting.

To the south of the new tank, crews installed a 1,000-bushel receiving pit adjacent to some existing steel tanks. The pit feeds a 20,000-bph GSI bucket elevator equipped with 20x8 heavy-duty low-profile Tapco buckets on 7-1/2-inch centers mounted on a 22-inch Continental belt. The leg, which stands 178 feet tall, is housed, along with a new Sidney manlift with a 500-pound weight limit, in a 16-foot-x-16-foot GSI tower. It feeds a new six-duct Schlagel electronic distributor.

During the course of construction, workers disassembled an existing propane-fired GSI Zimmerman 5,000-bph tower dryer into top and bottom sections. These were moved to a new location next to the new tower and reassembled.

The existing dry leg was moved inside the tower and extended in height from 130 to 178 feet. Capacity was increased from 7,000 bph to 10,000-bph by switching from standard to low-profile Tapco 14x7 buckets.

A new GSI 25,000-bph enclosed belt conveyor receives grain both from the new receiving leg and the dryer’s dry leg and feeds the new tank. Another overhead 10,000-bph GSI drag runs to two other tanks and replaces some older conveyors, which were moved to reclaim the new tank in below-ground tunnels.

The office building was moved onto an elevated foundation, raising it high enough to allow truck probe operators to see into grain trucks without climbing more stairs or relying on video cameras. Adjacent to the building is a new Fairbanks 12-foot-x-70-foot inbound pitless scale (sold and installed by Southern IL Scale Co.) an AGI Union Iron truck probe. Outbound trucks are weighed on a second Fairbanks scale elsewhere on the property. The two scales help speed up truck flow through the facility. 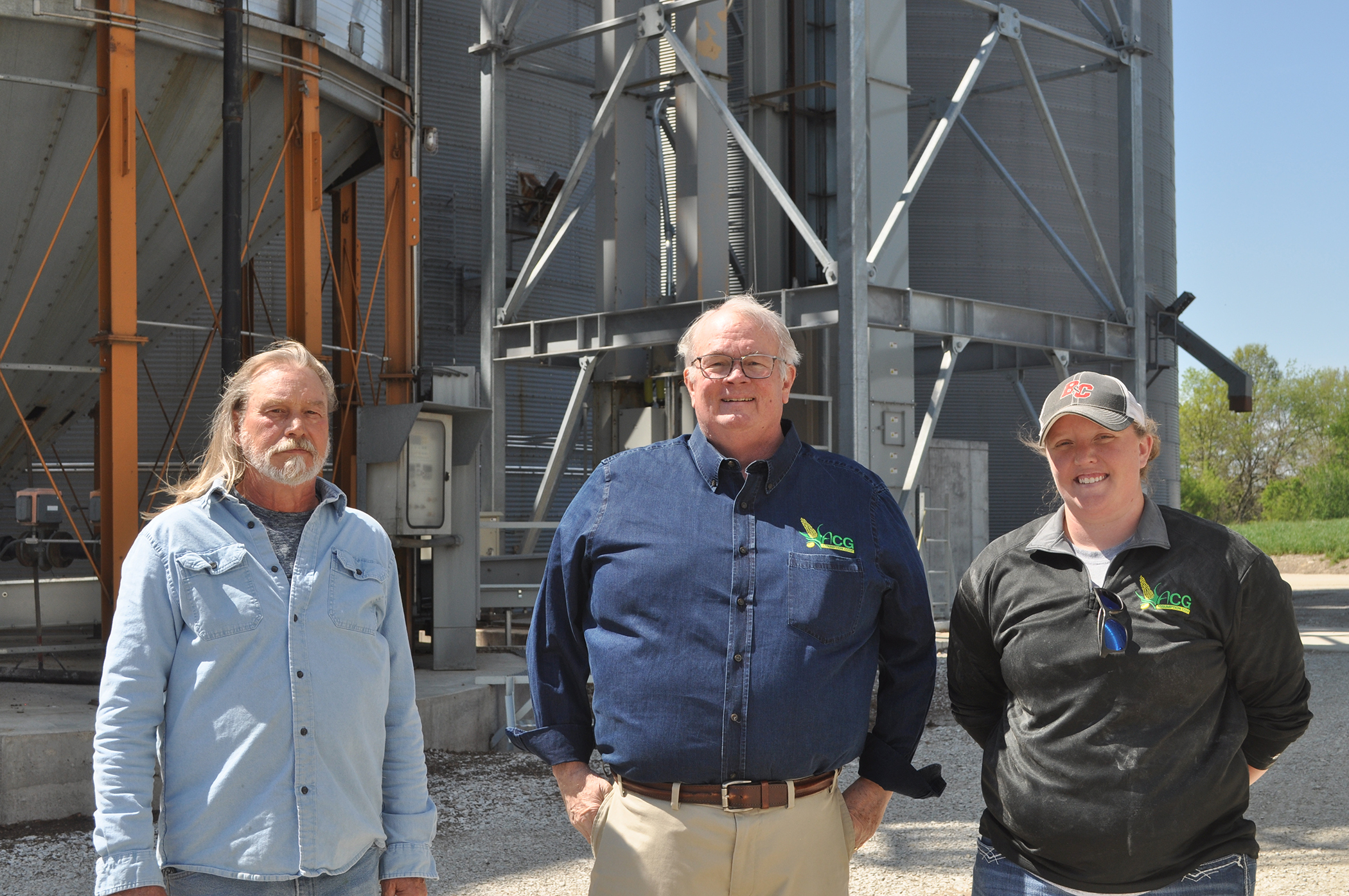