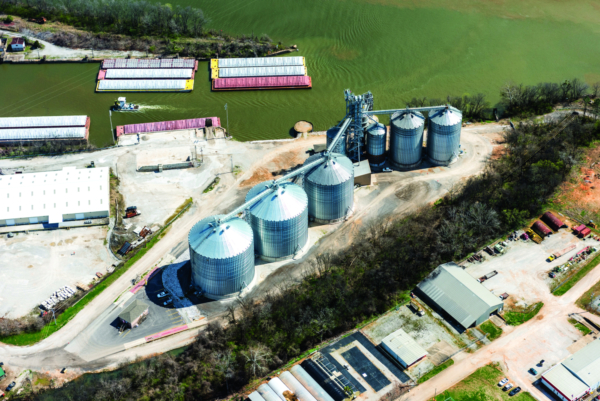 FLORENCE, Ala. - When the Alabama Farmers Cooperative barge terminal on the Tennessee River in Florence, AL (256-308-1680), opened for business in 2015, the coop board of directors wanted to see some operating numbers before approving any Phase 2 expansion.

Three seasons of operation provided the numbers, says Location Manager Garry Follis, who came to Florence from Cargill in 2015 to run the terminal. “Some 80% of the 6.5 million bushels of grain we run through here annually is loaded on barges,” Follis says. “We were receiving enough grain that we had to add an 830,000-bushel ground pile in 2016.”

It was good enough to convince the board to go ahead with building another 1.45 million bushels of upright steel storage in 2016-17.

After taking bids, Alabama Farmers selected Industrial Systems, Cape Girardeau, MO (573-334-5766), as general contractor and millwright on the $6 million Phase 2 project. “They did an excellent job,” says Follis, who notes that the contractor built the original river terminal in 2015.

Groundbreaking took place in the fall of 2016, and the new tanks were online by May 2017.

Alabama Farmers added two 105-foot-diameter GSI tanks holding 625,000 bushels each and a 60-foot-diameter tank holding 195,000 bushels. Follis notes that the use of the tanks is flexible; the smaller tank rotates c among corn, soybeans, and wheat and is capable of handling and storing canola in the future.

The smaller tank is outfitted similarly to the big tanks, including a 12-cable grain temperature monitoring system. A set of two 60-hp AIRLANCO centrifugal fans provide 1/5 cfm per bushel of aeration.

The big tanks are filled and emptied with 20,000-bph GSI belt conveyors, with the reclaim conveyor in an above-ground tunnel. The smaller tank has as a drag conveyor system rated at 30,000 bph.

Follis comments that this is likely to be the last major addition to the facility, since it has run out of space at the downtown site. 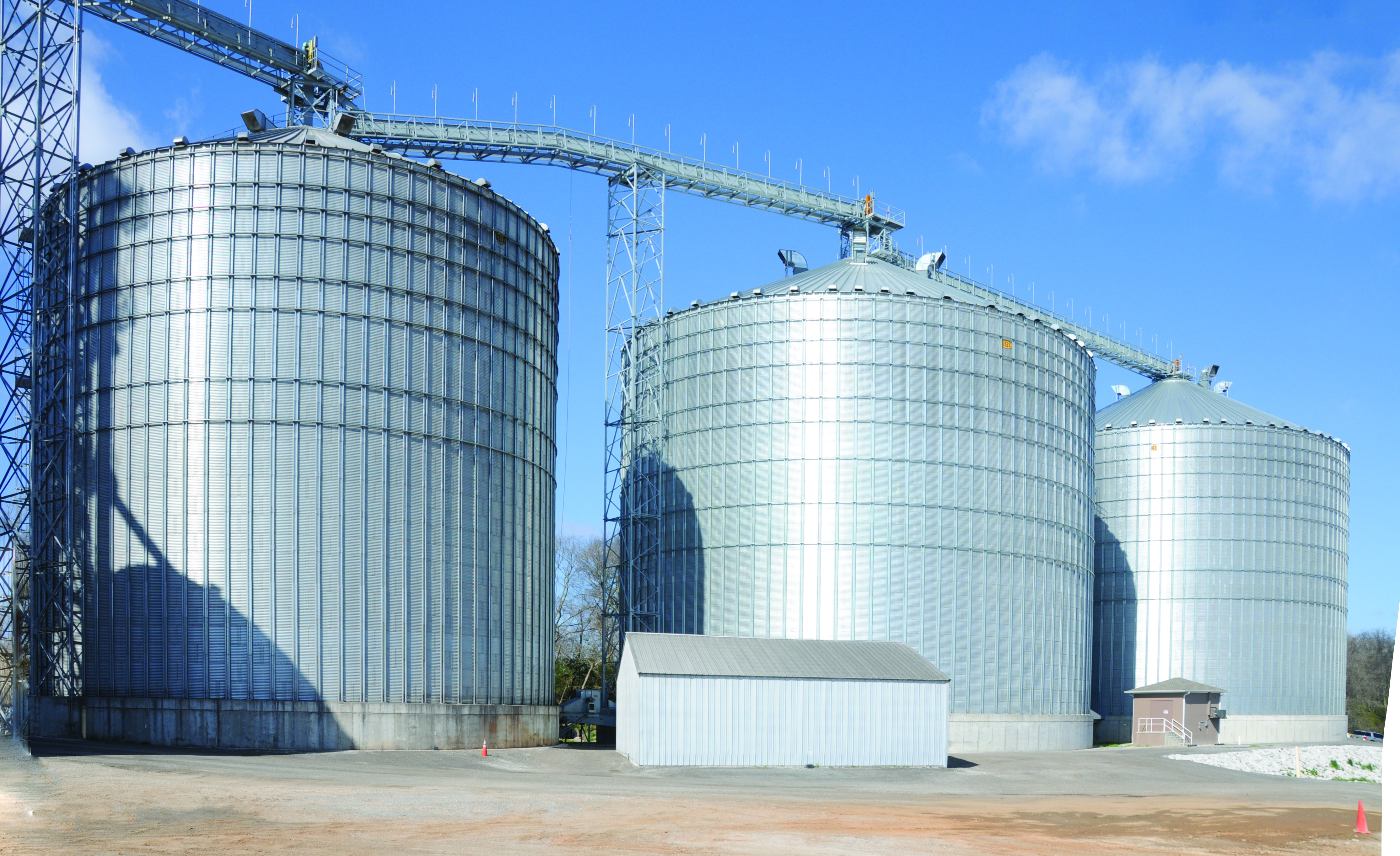