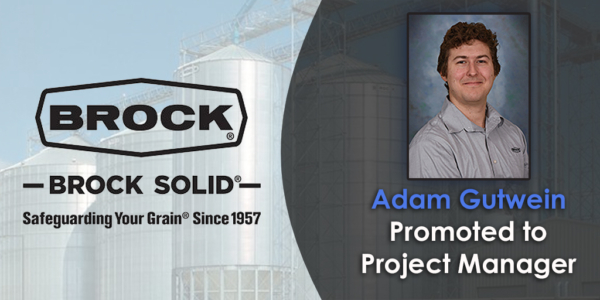 Milford, IN — Adam Gutwein has been promoted to project manager for Brock Grain Systems, according to Mark Dingeldein, new product development director for the CTB Inc. business unit.

In this new position, Gutwein’s responsibilities include design reviews, product support, scheduling, tracking and coordination of new products being developed for Brock.

Proficient in Spanish, Gutwein grew up in the state of Chihuahua, Mexico, where his parents were in missionary service. He currently resides in Goshen, IN.

Part of the CTB, Inc. family of companies, Brock Grain Systems (www.brockgrain.com) is a global provider of grain storage, handling, drying and conditioning, and structural systems.